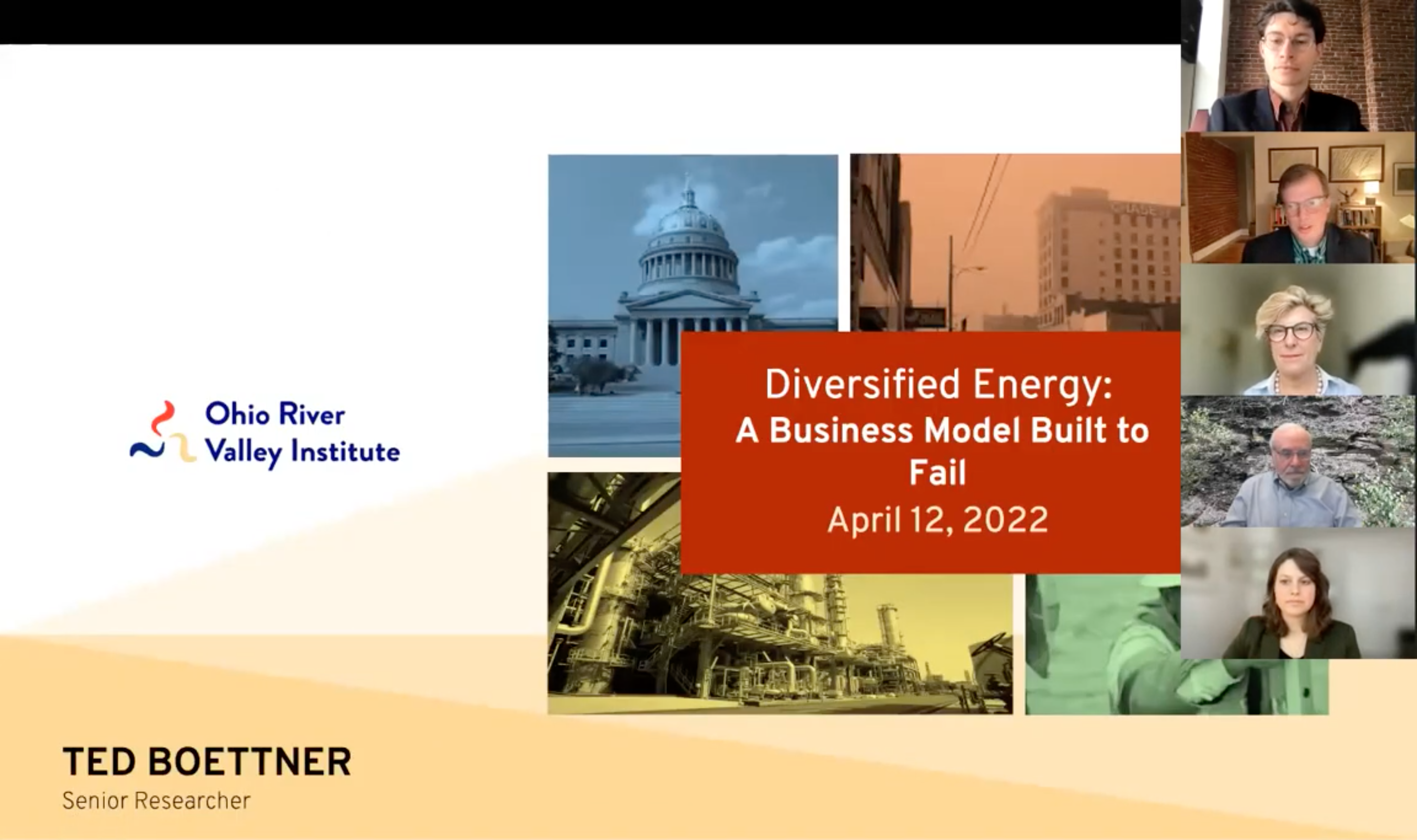 A new report shows Diversified Energy, the nation’s largest owner of oil and gas wells, does not have enough funds to plug its entire catalog of wells. If Diversified or other companies that own low-producing wells in the region were to go out of business, states could be on the hook for billions in plugging costs.

Oil and gas company Diversified Energy’s business growth is founded on unusual accounting practices, assumptions outside of industry norms, and questionable emissions reporting, according to the new report from the Ohio River Valley Institute.

The public may have to pay billions to clean up Diversified’s mess. ORVI analysis shows Diversified cannot afford the entirety of its plugging obligations—should the company fail, states will be left with the multi-billion-dollar bill.

Now, Diversified is eyeing public funding opportunities. The company plans to market its well plugging services to well plugging programs funded through the Bipartisan Infrastructure Law. Diversified has also paid lobbyists with ties to Sen. Joe Manchin to fight the Build Back Better Act’s proposed methane fee, which would levy hefty taxes on the company’s many high-emission wells.

[This video is a recording of the Ohio River Valley Institute’s press conference and Q&A on “Diversified Energy: A Business Model Built to Fail Appalachia,” recorded on Tuesday, April 12 at 11 AM ET.]