Race to the Bottom: Carbon Injection Wells & Hydrogen Development in the Ohio River Valley and the Gulf Coast 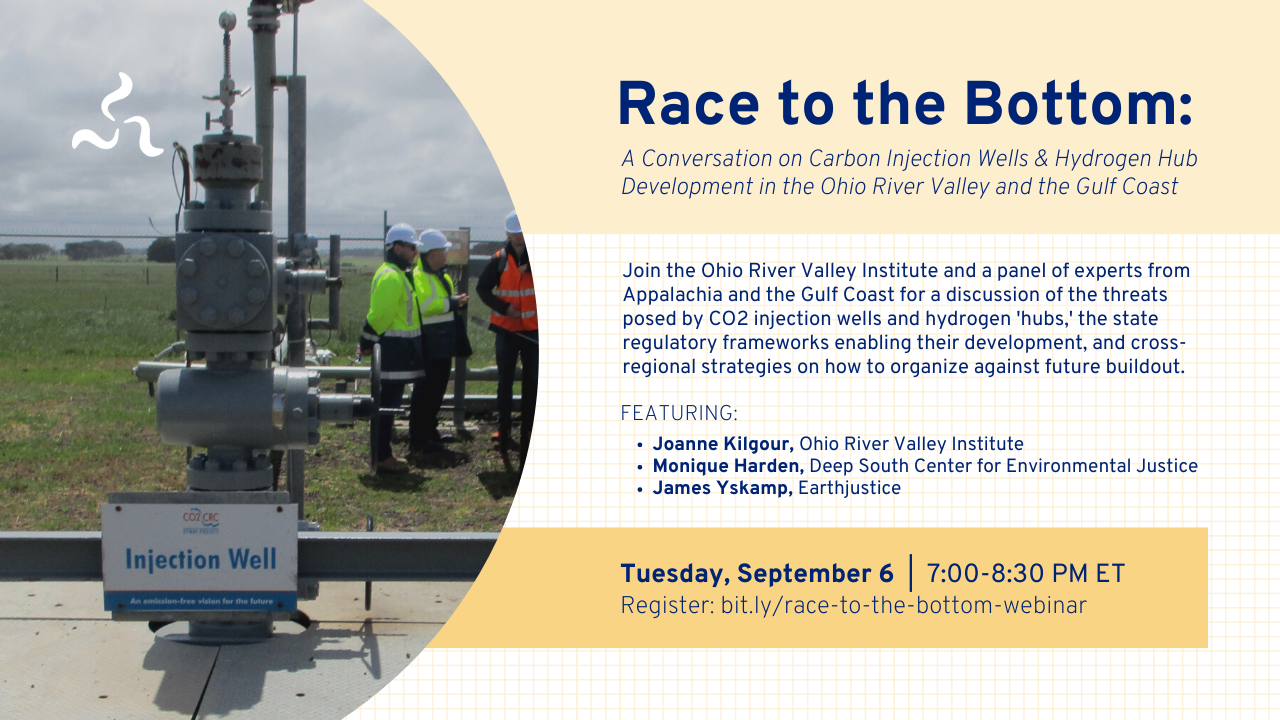 West Virginia, Ohio, and Pennsylvania are independently racing to secure federal funding for a blue hydrogen and carbon capture hub, an industry boondoggle that stands to prolong the failing fracking economy, further ravage frontline communities, and cost ratepayers (or taxpayers) billions. Government leaders are eager to draw hub funding within their respective state lines, but industry is increasingly pushing for Ohio Valley states to merge their applications.

It’s a story that’s already playing out in the Gulf South, where states are rushing to build a hydrogen hub of their own. Critical to the rapid development of a hydrogen and carbon capture hub is infrastructure for carbon storage. Hub developers are sketching out an entire fleet of Class VI injection wells to store captured carbon underground, but before breaking ground, their permits must be approved by relevant regulatory bodies. The problem? The authority to permit Class VI wells is currently held by the federal EPA, which, in some cases, has considered Class VI well permit applications for up to six years before granting approval. That’s too slow to build hydrogen hubs. To accelerate the permitting process, states are applying for primacy—primary authority that supersedes the federal EPA’s—over Class VI well permitting.

This panel discussion sheds light on Class VI injection wells and the accelerating race for primacy in the Gulf South and Ohio River Valley. Experts from both regions explain the threats posed by carbon capture development, the regulatory frameworks that have enabled it, and strategies on how to organize against it.