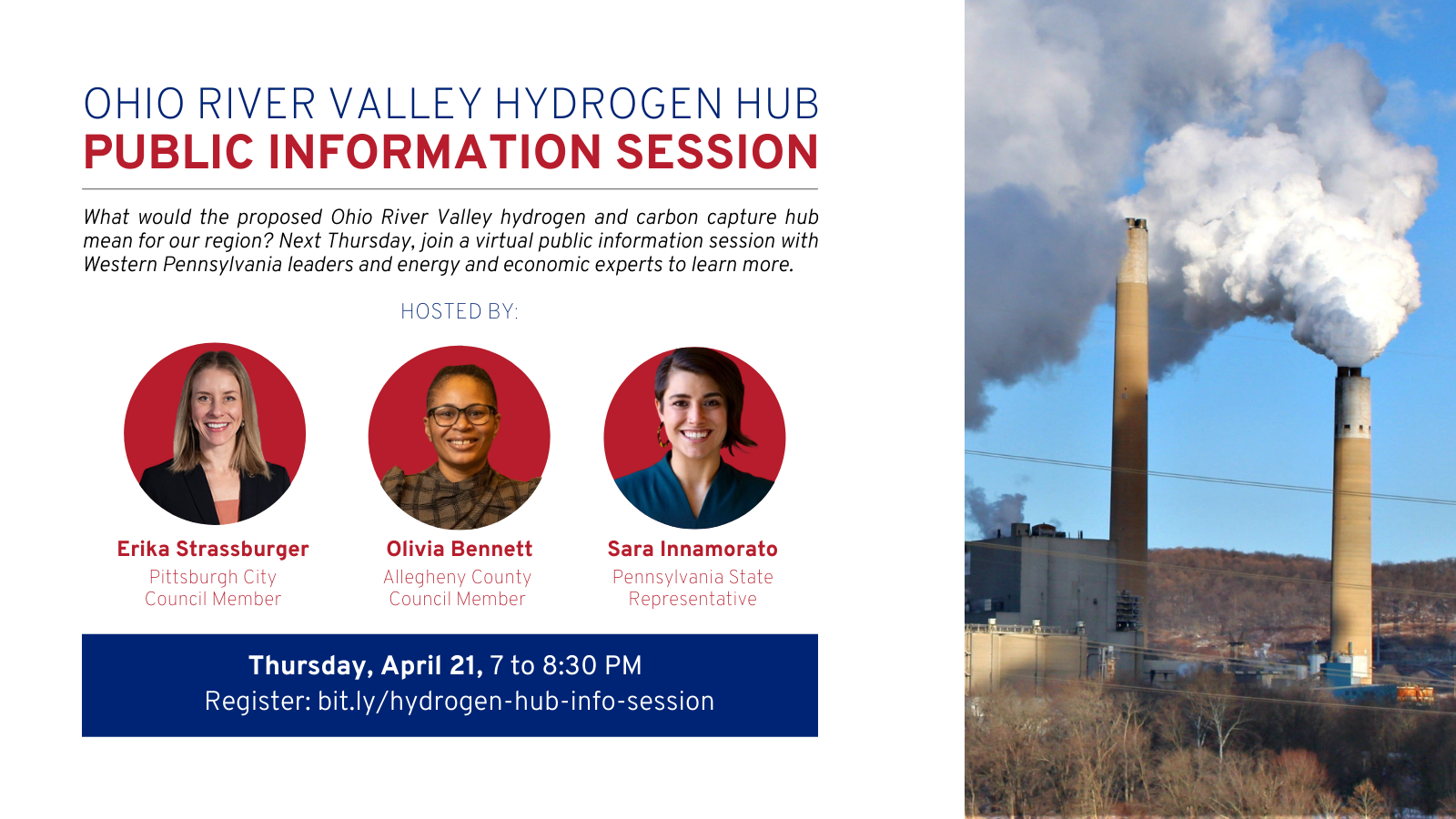 The Bipartisan Infrastructure Law of 2021 earmarks $8 billion for a fleet of regional hydrogen hubs. There are already efforts in Harrisburg to designate one such hub in Southeastern Pennsylvania, and earlier this year, a group of natural gas, petrochemical, and steel companies announced a hydrogen hub project here in the Ohio River Valley.

Natural gas contains methane, which can be used to produce hydrogen energy. These proposed projects would require additional natural gas drilling and fracking, retrofitted carbon capture technology, and a sprawling network of pipelines for transportation.