Trump wants to order an economic impact study for fracking. He won’t like the results. 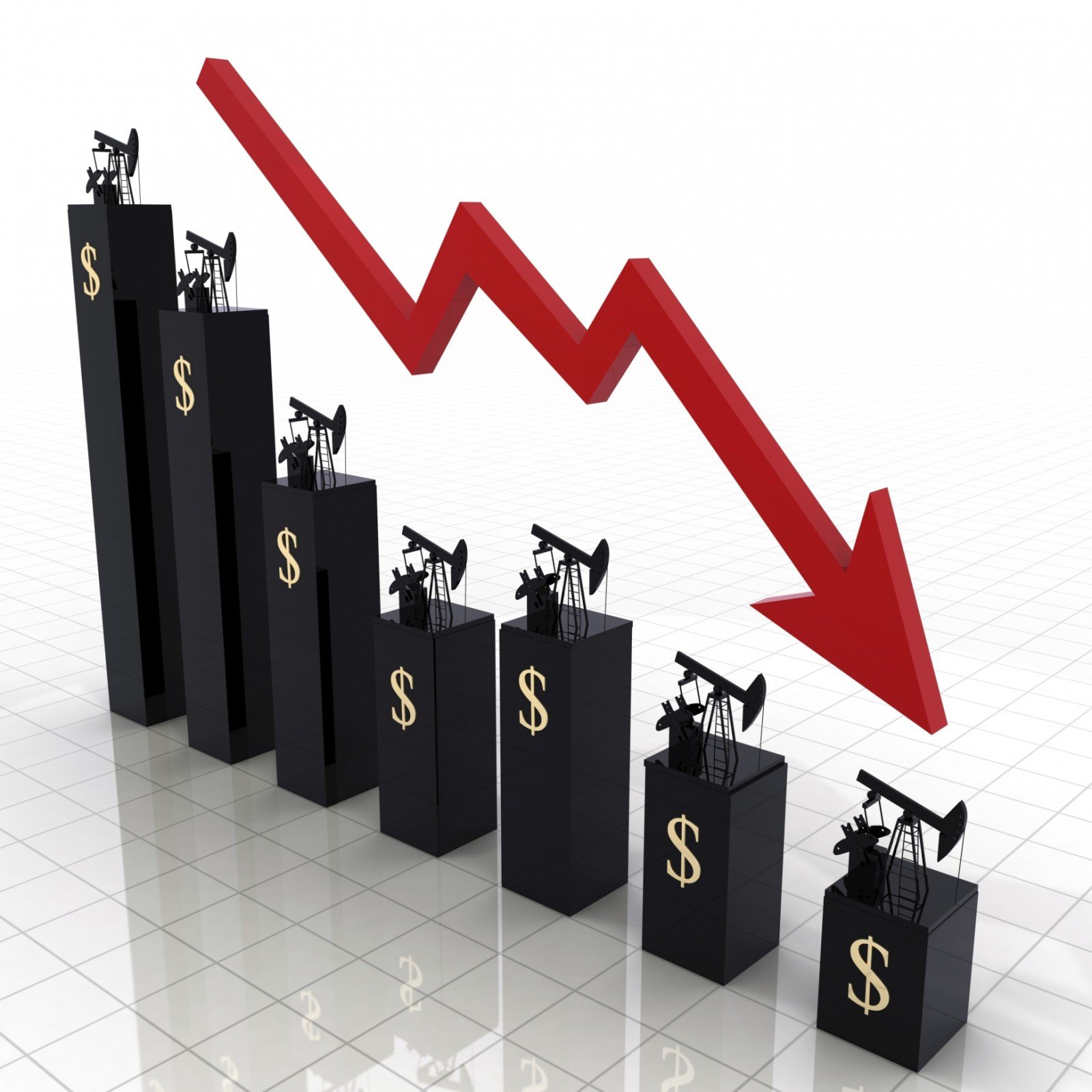 Tim Puko of the Wall Street Journal recently reported that President Trump is weighing an executive order to study the economic impacts of fracking.

The order, if issued less than a week before election day, will be a transparent attempt to contrast the president’s boosterism of fossil fuels with former Vice President Joe Biden’s announced intention to transition the nation to clean energy. Whether that would help Trump politically is debatable. But, if the study were to be conducted competently, Trump and industry boosters might be horrified by the outcome.

We went down a similar path a few years ago, when the president was bent on saving the coal industry. Believing that coal’s indispensable role in the energy system was self-evident, then-Energy Secretary Rick Perry ordered Department of Energy (DOE) staff to study what he expected would be the destructive effects of replacing coal and nuclear power with natural gas and renewables like solar and wind. The administration’s presumption was that the electric system was being made less resilient and reliable and, moreover, that coal plant retirements were being caused principally by environmental regulations state along with federal subsidies for renewable energy.

But DOE staff found no such thing. The study, which was conducted by career professionals led by Alison Silverstein, a no-nonsense empiricist, found that the transition to natural gas and renewables was compromising neither resilience nor reliability, a finding which completely undercut  the administration’s rhetoric about the need for the “fuel security” offered by coal.

Similarly, the administration’s claim that coal’s demise was being caused by environmental regulations and subsidies for renewable energy was destroyed when the report found that coal retirements were overwhelmingly due to low-cost natural gas and the comparative inefficiency of coal-fired electricity generation. Since the DOE staff report was released, the phrase “fuel security” has pretty much evaporated from policy discussions and the retirement of coal-fired power plants has continued uninterrupted.

An economic analysis of fracking would probably produce another faceplant

A serious study of fracking’s economic impacts to date would find them to be far less impressive than the administration seems to imagine. And it would find the future of the oil and gas industry, even with increased production from fracking, to be distressing, particularly as it relates to the American economy.

The reasons that the share values of major oil and gas companies are down by more than half over just the last few years is that the surge in optimism and investment that accompanied the fracking boom has given way to stark realities.

For these reasons, fossil fuels and fracking are unlikely to be drivers of growth and prosperity going forward. And, to be honest, it’s not as though fracking’s brief history is covered in glory. Aside from some patriotic chest-thumping about “energy independence”, fracking’s economic contributions have been meager. And, while it has enabled natural gas to replace the even more polluting fossil fuel, coal, in electricity generation, it has also helped extend the life of greenhouse gas-emitting fossil fuels in our energy and transportation systems.

To be fair, it should be acknowledged that fracking has produced some economic benefits, at least in the short term. A flood of new oil and natural gas over the last decade has  reduced the cost of goods including electricity, gasoline, and heating oil, which has freed up money that was instead spent on other things. That’s good because it contributes to increased economic activity and job growth.

But a fair economic analysis would not stop there. In addition to whatever benefits have accrued from fracking, it would also tabulate the costs. And those costs are significant.

President Trump and Energy Secretary, Dan Brouillette, have at various times claimed that fracking is responsible for either 300,000, 600,000, or even 900,000 jobs in Pennsylvania alone.

But, the fact is that, as of the end of 2019 – before the onset of the coronavirus crisis – less than 25,000 people were employed in oil and gas extraction in Pennsylvania and there were only 150,000 in the entire country!

The 150,000 figure is actually less than the number employed by the oil and gas industry in 2008, the last year before the fracking boom started generating huge increases in production. 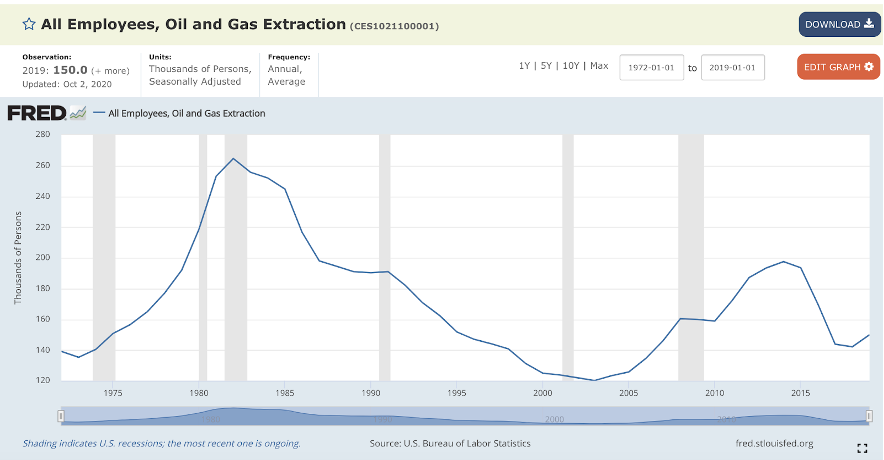 So, although oil and gas employment did manage a peak of 197,500 workers in 2014, fracking resulted in no net gain in industry employment. And, to appreciate how small the number 150,000 really is, the nation has more than 3.3 million schoolteachers. In other words, there are twenty-two times as many teachers as there are workers in oil and gas extraction.

It refers to jobs that are only peripherally related to oil and gas, such as those in trucking and telecommunications, and also jobs in industries that aren’t even peripherally related, such as fast food restaurants and comedy clubs. The API study counts jobs in these slightly or not-at-all related industries because the businesses and their employees receive some portion of their income directly or indirectly for oil and gas companies and workers.

But, the fact is that nearly all of those “supported” jobs existed before we started fracking a little more than a decade ago. And nearly all of them would continue to exist, even if fracking were eliminated.

Fracking may actually have a net negative impact on local jobs

Throughout Appalachia, fracking has failed to generate significant growth in jobs. And, if you live in eastern Ohio, fracking’s impact has been even worse. As noted in earlier blog posts, since the beginning of the fracking boom, the seven counties in eastern Ohio that produce 90% of that state’s natural gas have seen the number of jobs in their economies decline by a combined 9% while jobs in non-fracking counties grew by 2%.

How can that happen, especially since investment in fracking and natural gas processing facilities have flooded into the region? Three factors appear to be at work. First, much of the money that is “invested in the region” actually goes to pay out-of-state workers and suppliers of services, so those funds never actually enter the local economy.

Second, as we saw in the national statistics, fracking and the oil and gas industry in general don’t actually employ that many people. In Belmont County, Ohio, which produces a third of that state’s natural gas, less than 10% of the business income generated by fracking goes to pay workers.

The final reason is that fracking and fossil fuel industries in general can carry with them serious negative impacts that may drive away residents, investments, and employers. In fracking regions, these impacts  include heavy trucks that damage roads, noise from fracking pads, releases of toxic gases, and constant threats of groundwater pollution all of which detract from residents’ quality of life. And reduced quality of life can result in reduced property values and depopulation as some residents – especially young people and young families — choose to leave. That’s probably why, in addition to losing over 7,000 jobs, the population of Ohio’s fracking counties has declined by over 10,000.

Fossil fuel proponents are fond of complaining about the “unfair subsidies” given to renewable energy as they plead for “a level playing field”. Of course, these pleas ignore the significant incentives given to fossil fuel, including the largest subsidy of all: permission to freely pollute the world’s atmosphere with greenhouse gases

The extraction, transportation, and combustion of fossil fuels impose great costs on society in the form of global warming and its many serious impacts for which we are not currently compensated by fossil fuel buyers and sellers. Many estimates place the value of the “externality subsidy” at between $50 and $75 per ton of carbon emitted.

We currently pay that price in the form of increased illness, rising health care costs due to pollution, and worsening wildfires, flooding, hurricanes, drought, and the increased migration of invasive species and diseases.

And, in many sectors, such as electricity generation, there would be little or no additional cost for moving away from fossil fuels. Recent analyses show that renewables, including utility-scale wind and solar are now as inexpensive or more inexpensive than natural gas. 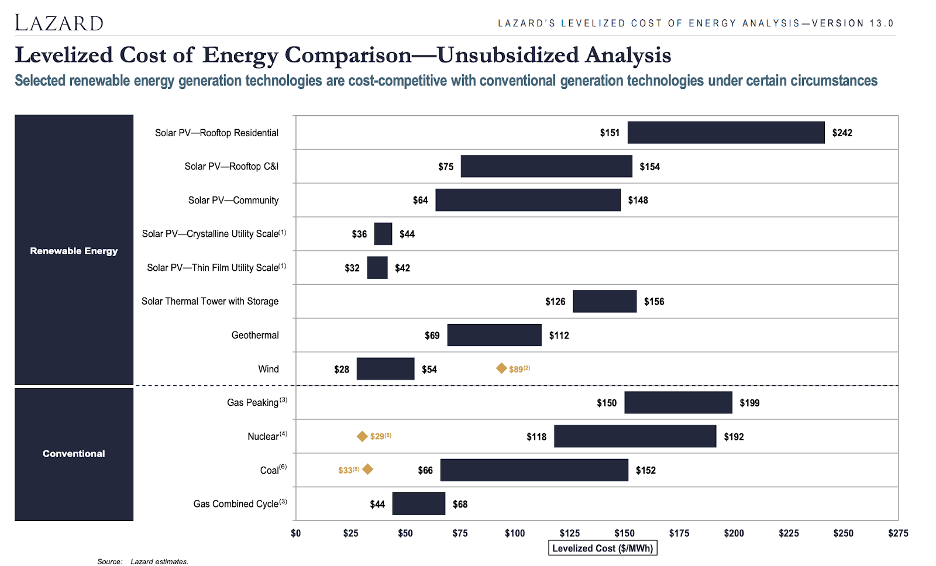 We need to transition in an orderly way to clean energy

Whatever fracking’s drawbacks, it is at present an integral part of our energy system, which means that some people and some communities would experience sudden shocks if fracking were to stop abruptly. They include households that are unusually reliant on fracked gas and oil to provide the bulk of their livelihoods and also those whose utilities and transportation resources are heavily dependent on fracked oil and gas.

Still, fracking is doing serious, long-term damage and, with ongoing reductions in the cost of alternative clean resources, the financial benefits it once delivered are dwindling and will soon vanish. For those reasons, we need to transition to clean alternatives, but in an orderly way. The good news is that, thanks to the maturation of clean energy technologies, we can do so in ways that impose few added costs, while providing well-paying jobs in equal or greater numbers than those provided by fracking.

So, if President Trump really wants an honest and thorough economic analysis of fracking and its alternatives, we should be all for it.