A Cautionary Tale of Petrochemicals from Pennsylvania 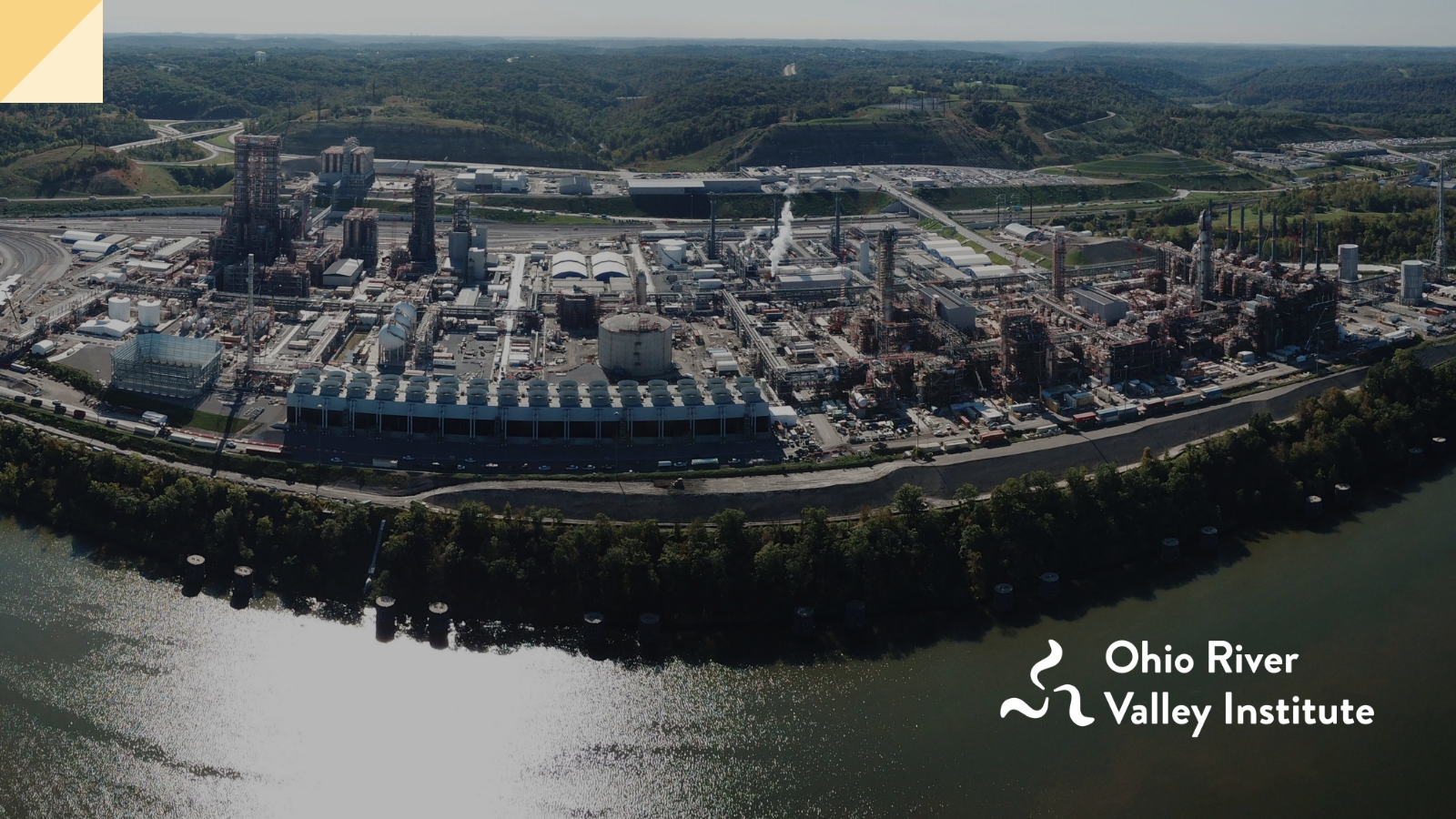 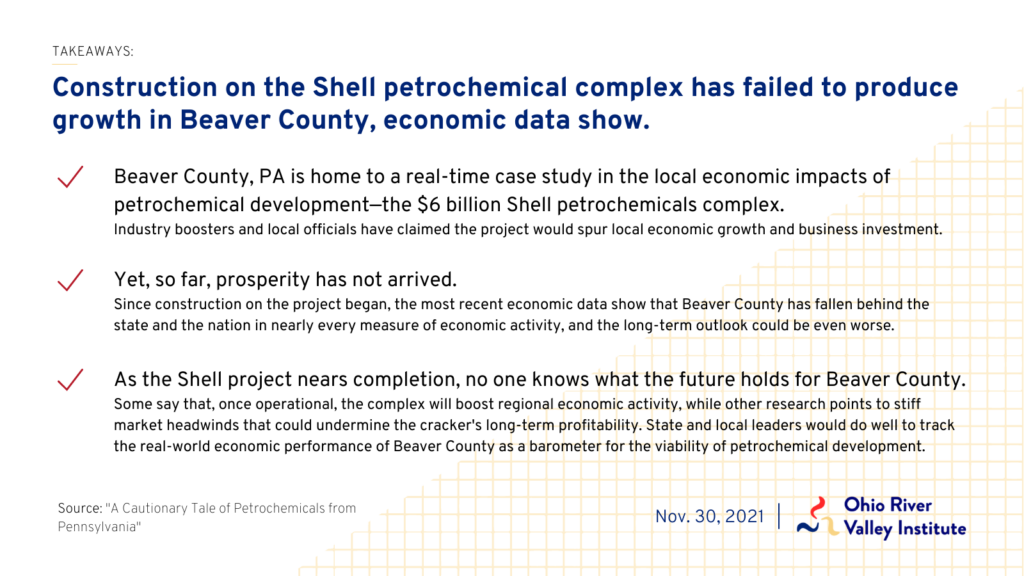 Beaver County, Pennsylvania is a real-time case-study in the local economic impacts of petrochemical development. It is home to the construction site of a Shell petrochemical facility estimated to cost $6 billion. First announced in 2012, the project is nearing completion and is likely to open in 2022 or 2023. Since the project’s inception, industry executives and government officials have argued that it would spur local economic growth, renewed business investment, and the creation of tens of thousands of jobs.

Yet, so far, prosperity has not arrived. Since the petrochemical project was announced, the most recent available data show that Beaver County has fallen behind both the state and the nation in nearly every measure of economic activity.

The long-term outlook for Beaver County could be even worse than these indicators suggest. The performance described in the brief may represent a high-water mark, as the county’s employment is likely to fall substantially once the project’s 6,000 construction workers finish building the complex. Once operational, the facility will employ just 600 people full-time.

As the Shell project nears completion, no one knows what the future holds for Beaver County. Some argue that once the Shell cracker plant is operational it will boost economic activity in the region. On the other hand, there are warning signs that the Shell complex is sailing into stiff economic headwinds that could undermine the plant’s long-term profitability.

Regardless of what the future brings, it will be important for the public and policymakers to track the real-world economic performance in Beaver County and compare it to the industry’s projections. These facts should help inform state lawmakers considering large-scale petrochemical subsidies, Beaver County leaders forming long-term development strategies, and planners in other states and regions evaluating the merits of betting on petrochemicals to produce economic growth.