Repairing the Damage from Orphan Wells and Abandoned Mine Lands

A pair of new reports show how Appalachia can tackle the climate crisis while creating thousands of local jobs. 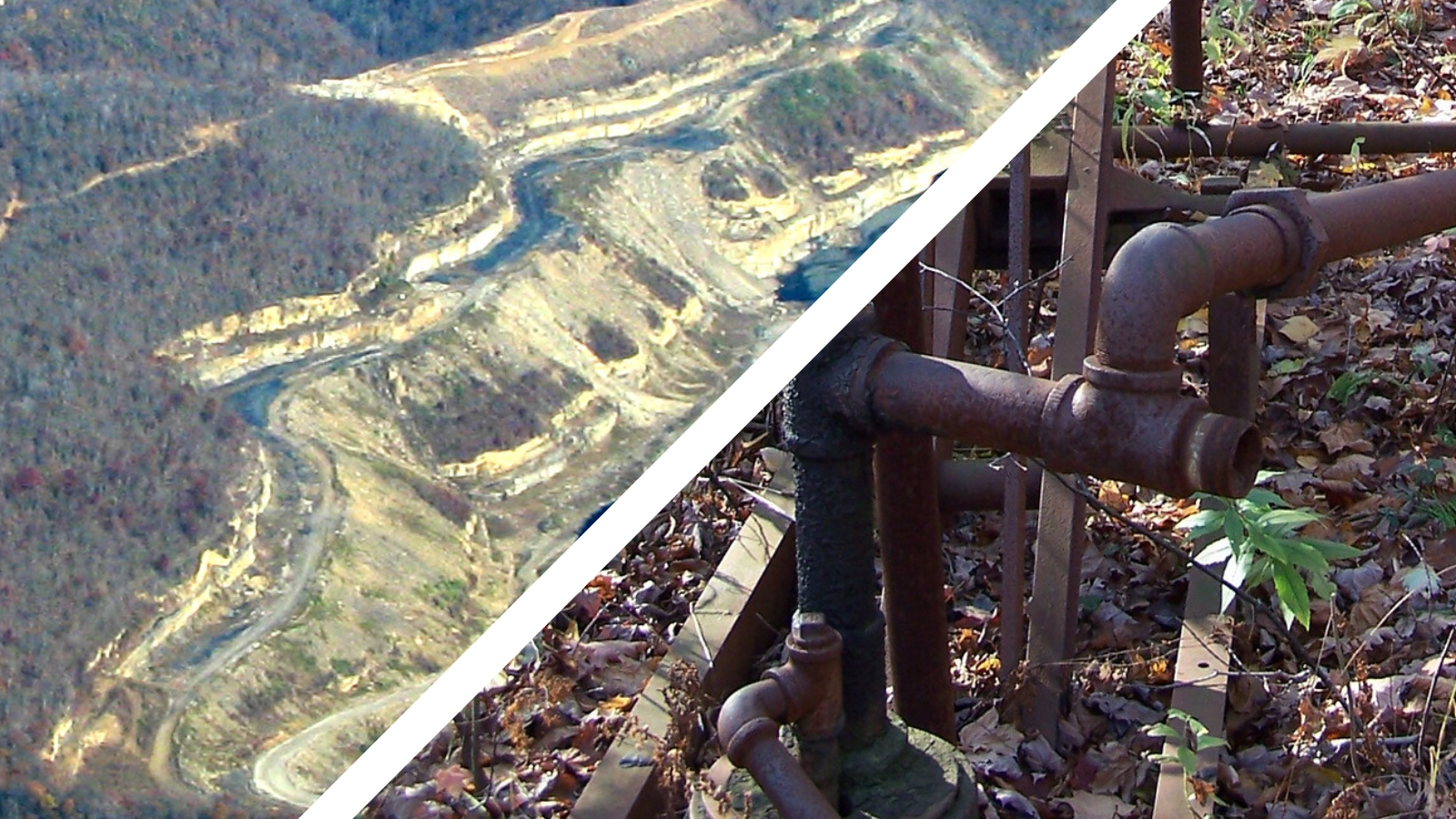 For more than 150 years, Appalachia has provided the cheap energy that has powered the nation’s industrial growth and helped construct the middle class. But Appalachian communities did not fuel our nation’s prosperity without a cost – thousands of environmental hazards, remnants of our region’s legacy of extractive industries, burden our land. Abandoned mine sites and orphaned oil and gas wells deter development, hurt ecosystems, contribute to the climate crisis, and threaten the health and safety of nearby people. And in recent years, the oil and gas economy has crumbled, leaving many out of work. In less than a decade, the Ohio Valley Region, including Kentucky, West Virginia, Ohio, and Pennsylvania, has lost 25,000 coal mining jobs and nearly 13,000 oil and gas jobs. This staggering industry decline has not only hurt families, but had ripple effects across communities, forcing schools to close and a loss of essential services in places hardest hit. As federal policymakers design policies to transition and invest in a clean energy economy, it’s imperative that Appalachia can rebuild and grow a sustainable 21st century economy that builds shared prosperity.

A pair of new ORVI reports describe an extraordinary opportunity to develop pathways to address the environmental and public health issues of abandoned mine lands and orphan wells, creating over 30,000 well-paying, local jobs in the process. Solving the climate crisis is a reemployment plan for the Ohio River Valley and an investment in the region’s future. The public investments we make today to stem climate change will protect our communities and ensure the health of future generations to come.

Across the U.S., millions of oil and gas wells are no longer in production but have no party legally or financially responsible for plugging them. These “orphan” or abandoned wells pose serious risks to public safety and our environment, leaking oil and gas into water, soil, and nearby homes, creating an explosion hazard and releasing tens of thousands of tons of climate-warming methane into the atmosphere each year.

There are an estimated 538,000 unplugged abandoned oil and gas wells in the Ohio River Valley states of Ohio, Pennsylvania, West Virginia, and Kentucky alone. Plugging these wells could cost upwards of $34 billion.

While states allocate funds to plug and restore abandoned and orphaned wells, the scale and cost of the problem is likely beyond their reach. In 2018, only 2,372 orphan wells were plugged in the U.S. At this rate, it would take nearly 900 years for states to plug the estimated 2 million abandoned oil and gas wells across the nation.

Senior Researcher Ted Boettner explains how a federal well plugging program could create over 15,000 jobs per year over two decades that can provide significant social and economic benefits to distressed communities while reducing greenhouse gas emissions that contribute to climate change.

The projected job creation of such a program is nearly equivalent to the decline in upstream oil and gas jobs in the region from 2014 to 2019. And a concerted federal effort to plug the region’s wells could abate 71,000 metric tons of methane each year, equivalent to the yearly greenhouse gas emissions of 383,000 passenger vehicles. In the short-term, a minimum investment of $5 billion is needed to plug and restore more abandoned wells, improve administration, identify more wells and improve well reclamation. Over the long run, a federal program is needed that can continuously monitor and remediate these dangerous sites.

For more than 200 years, the coal industry has extracted billions of tons of coal in the U.S., damaging thousands of acres of land and water and leaving it unreclaimed. Approximately 978,000 acres and $7.9 billion worth of damage has been cleaned up since 1977, but this represents only 23% of the total damage. Thousands of sites remain unreclaimed, threatening injury or death of nearby residents, deterring local development, harming local ecosystems and downstream residents, and contributing to climate change by releasing methane into the atmosphere. According to the EPA, abandoned coal mines were the 11th largest source of methane emissions in the U.S. in 2018. There are an estimated $20 billion unreclaimed Abandoned Mine Lands (AMLs) remaining, and this figure could grow to $26 billion by 2050 as more AMLs are added to the official inventory or deteriorate due to the impacts of climate change.

The longer that Congress allows thousands of acres of AML-damaged land and water to linger, the more these sites threaten coalfield communities, downstream residents, and the planet, and the more it will cost taxpayers. The need to repair mine-scarred damage is urgent. It will require drastic increases in the scale of funding, as well as ambitious changes to policy.

ORVI Research Fellow Eric Dixon makes the case for a $13 billion federal appropriation for AML cleanup to address roughly half of remaining national AML damage in the next decade, supporting nearly 7,000 AML jobs per year from 2021-2030. To address climate change and tackle the region’s persistent inequality head-on, though, we need to do more than increase the speed and scale of funding. Poverty has persisted for decades in many counties with mining damage and has disproportionately impacted women, people of color, and young people in coal regions. We also need a public reclamation jobs program within a revitalized Civilian Conservation Corps (CCC) to ensure reclamation jobs are accessible not only to the many former coal workers looking for work, but also to others in AML counties experiencing poverty and who may lack prior construction experience.