FIDdlesticks: Why PTTGC can’t make up its mind 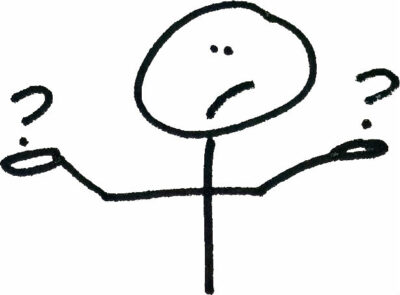 Don’t look now, but it’s late-June – season of the summer solstice and the now annual announcement by PTTGC that, despite previous assurances, it must yet again delay a final investment decision on the proposed ethane cracker in Belmont County, Ohio. 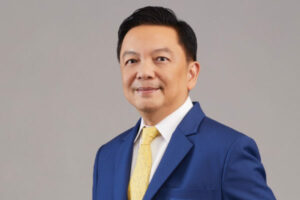 Recall that in February an uproar arose when the Bangkok Post reported that PTTGC CEO Kongkrapan Intarajang stated that the company would further delay a final investment decision (FID) on the cracker after previously setting a deadline for a decision by the middle of this year.

PTTGC America spokesman, Dan Williamson, immediately began popping up on multiple media outlets to deny the story, telling the Wheeling Intelligencer that “the story is just not true” and that the Bangkok Post “just got it wrong”. Williamson went on to say of PTTGC’s CEO, “…he’s committing to a midyear announcement.” And Williams reiterated the point saying, “He committed to a midyear announcement this year. Nothing has changed in the timeline as the company sees it.”

Having apparently removed any question about the company’s commitment to a midyear decision, Williamson then reintroduced it in an interview with WTRF television in which he said, “I know it is a goal of the company to get it done this summer” before throwing in the caveat, “I don’t know when it will be.”

In any case, Williamson’s comments were followed by a chorus of local officials asserting their confidence in the project’s future. And, prima facie, the economics for the proposed cracker actually seem to have improved over the past year – oil prices have rebounded strongly, ethane’s historical cost advantage over its oil-based competitor for the production of ethylene has been restored, demand for ethylene and polyethylene has risen causing prices and margins to rise as well, and the past year’s epochal flooding and cold snap along the Gulf Coast increased awareness of the risks of having so large a share of U.S. capacity concentrated in one place.

But, as compelling as these factors seem, prospective investors have many reasons to believe that the forces that have broken in favor of the Belmont County cracker are either temporary or not particularly significant.

First, despite the apparently brighter picture, PTTGC hasn’t been able to find an investment partner to replace its previous partner, Daelim, which dropped out of the project last July. Of course, that could change any at any time, at least in theory. However, the following factors will not easily or quickly change.

Future demand for ethylene and polyethylene is uncertain. The pandemic-driven spike in demand for PPE made of polyethylene was, we all hope, a once-in-a-lifetime event. And the proliferation of plastics caused by the pandemic has made people more conscious of the ill effects of plastics pollution resulting, not just in advocacy to reduce the production and use of virgin plastics, but actual policy changes and corporate commitments to do so. Even the Association of Southeast Asian Nations (Asean) has made a priority of addressing the marine plastic waste problem in part because five member states – China, Thailand, Vietnam, Philippines, and Indochina – are responsible for half of all the plastic waste in the world’s oceans. Thailand of course is the home country of PTTGC and the Thai government, through its finance ministry, holds a majority share of the company’s stock.

The rise of recycling is gathering momentum with increasing participation by industry groups. In response to growing customer demand, companies in the consumer packaged goods, packaging, and petrochemical industries are exhibiting a new openness to policy changes that would reduce demand or increase costs for the kinds of polyethylene that would be produced by a Belmont County cracker. Some of the proposals may be cosmetic to the point of qualifying as greenwashing, but the mere fact that they’re being floated reflects the pressure major corporations are feeling.

Competition is increasing due to a capacity glut. Just last week, speaking on an ICIS webinar, Brian Pruett, SVP of Polyethylene and Polypropylene at Chemical Data, noted that, since 2017, global ethylene production capacity has increased by 35%, most of that growth occurring along the Gulf Coast. And, in the next two years, capacity will grow by another 15%. However, this time, the growth will come principally from China, which is continuing to increase capacity as part of a decade-old commitment to develop domestic manufacturing and reduce dependence on imports.

Construction costs are rising. The price tag to build a Belmont County cracker was expected to be about $10 billion, but it could be much higher than that in the wake of the COVID pandemic. It was recently reported that another proposed cracker that has been similarly delayed in Texas is looking at a 28% increase in costs due to heightened constraints on material and labor. A Belmont County cracker might theoretically benefit from the freeing up of resources due to completion of the Shell cracker in Beaver County, Pennsylvania. On the other hand, other projects that have been delayed because the Shell cracker removed so much capacity from the market may come to the fore before PTTGC can begin its cracker project.

In summary, despite some positive changes in the market, PTTGC now faces an environment of greater cost, greater competition, and greater risk than at any point since it began contemplating building a cracker in Belmont County. Perhaps it can set aside those challenges and convince some partner somewhere to do the same. But, if it cannot, it won’t be difficult to understand why.