ORVI REPORT – Appalachia’s Natural Gas Counties: How dreams of jobs and prosperity turned into almost nothing 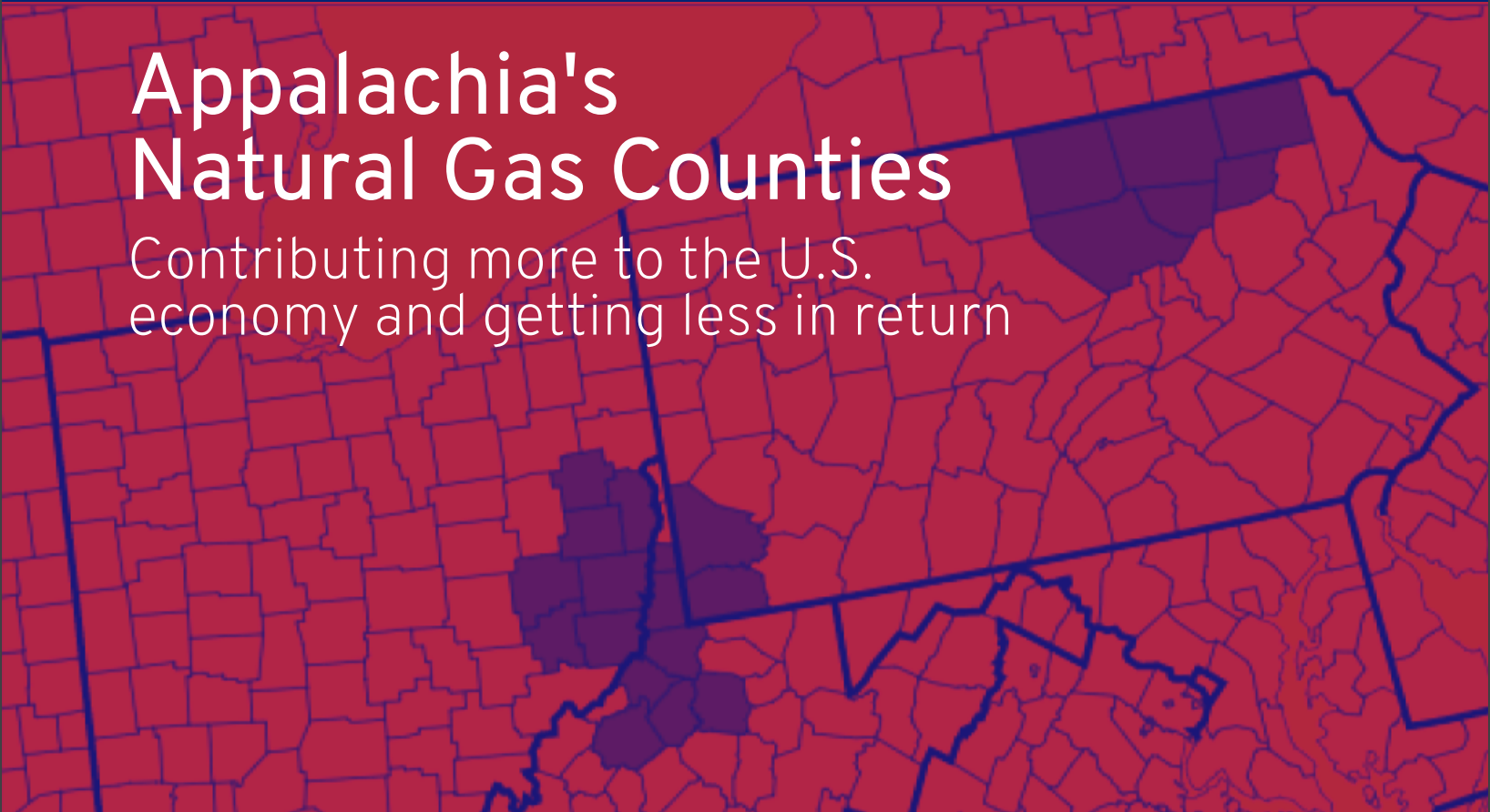 Since the start of the fracking boom, Ohio, Pennsylvania, and West Virginia’s biggest gas-producing counties have seen declines in their share of jobs, income, and population

(The report was updated on February 12, 2021 to correct a data transcription error that did not significantly affect the findings.)

JOHNSTOWN, Pennsylvania, – A new Ohio River Valley Institute report titled, “Appalachia’s Natural Gas Counties: Contributing more to the U.S. economy and getting less in return” quantifies the decade-long failure of the natural gas boom in the Marcellus and Utica fields to deliver growth in jobs, income, and population to the 22 Ohio, Pennsylvania, and West Virginia counties that produce more than 90% of the region’s natural gas.


Contrary to the predictions of the oil and natural gas industry, which a decade ago published economic impact studies saying the expected boom in natural gas production would give rise to over 450,000 new jobs in Ohio, Pennsylvania, and West Virginia, data from the U.S. Bureau of Economic Analysis show that jobs in the 22 counties crept up by a paltry 1.6% while nationally the number of jobs grew by 9.9%.

It should not have been this way. Natural gas production in the region substantially exceeded the projections contained in the industry studies. And economic output in the 22 counties grew by 60%, more than three times the rate of output growth nationally. But little of the income generated by that growth entered local economies. Between 2008 and 2019, as the counties’ contribution to the nation’s economy grew from $2.46 per thousand dollars of output to $3.33, their piece of the national economic pie got smaller. 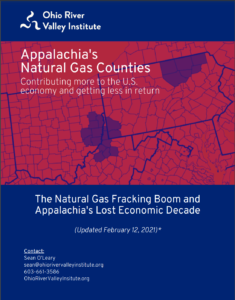 Ohio’s seven eastern counties – Belmont, Carroll Guernsey, Harrison, Jefferson, Monroe, and Noble – were the hardest hit seeing a net job loss of over 8% and a population loss of over 5%. Pennsylvania’s eight primary gas-producing counties – Bradford, Greene, Lycoming, Sullivan, Susquehanna, Tioga, Washington, and Wyoming – did better with a net 4.6% gain in jobs. Although that was slightly less than the statewide average gain of 4.7%. And it did not prevent a population decline of 2.6%.

Only in West Virginia did the natural gas counties – Doddridge, Harrison, Marshall, Ohio, Ritchie, Tyler, and Wetzel — outperform the state for personal income and jobs. But even then, the rate of growth was less than half the national average and the rate of population loss was greater than in the state as a whole.

John Hanger, former Pennsylvania secretary of Environmental Protection and policy director to Governor Tom Wolf, called the report’s findings “shocking”. “This report documents that many Marcellus and Utica region fracking gas counties typically have lost both population and jobs from 2008 to 2019. This report explodes in a fireball of numbers the claims that the gas industry would bring prosperity to Pennsylvania, Ohio or West Virginia. These are stubborn facts that indicate gas drilling has done the opposite in most of the top drilling counties,” said Hanger.

Kathy Hipple, Bard College professor of finance and former analyst at the Institute for Energy Economics and Financial Analysis, said, “This detailed report is another indictment of fracking. The business case for fracking has never been proven. The Appalachian shale gas producers have been spectacularly unsuccessful financially, despite impressive production gains. Many have filed for bankruptcy. Others have taken massive write-offs. This financial failure of the natural gas sector extends to local communities.” Hipple concluded, “Simply put, the natural gas industry has not delivered the promised benefits for producers, investors — or local communities.”

Sean O’Leary, the report’s principal author, said, “What’s really disturbing is that these disappointing results came about at a time when the region’s natural gas industry was operating at full capacity. So it’s hard to imagine a scenario in which the results would be better. If nothing else does, that fact alone should persuade the region’s policymakers that they need to explore other, more sustainable economic development opportunities.”

Ohio River Valley Institute executive director, Joanne Kilgour added, “It’s disappointing that this report was necessary to open peoples’ eyes to the realities of the economic impacts of the natural gas boom because you only have to look at what has happened to the downtowns in Bellaire, Steubenville, Wheeling, and Waynesburg to know that jobs and incomes haven’t been growing.”