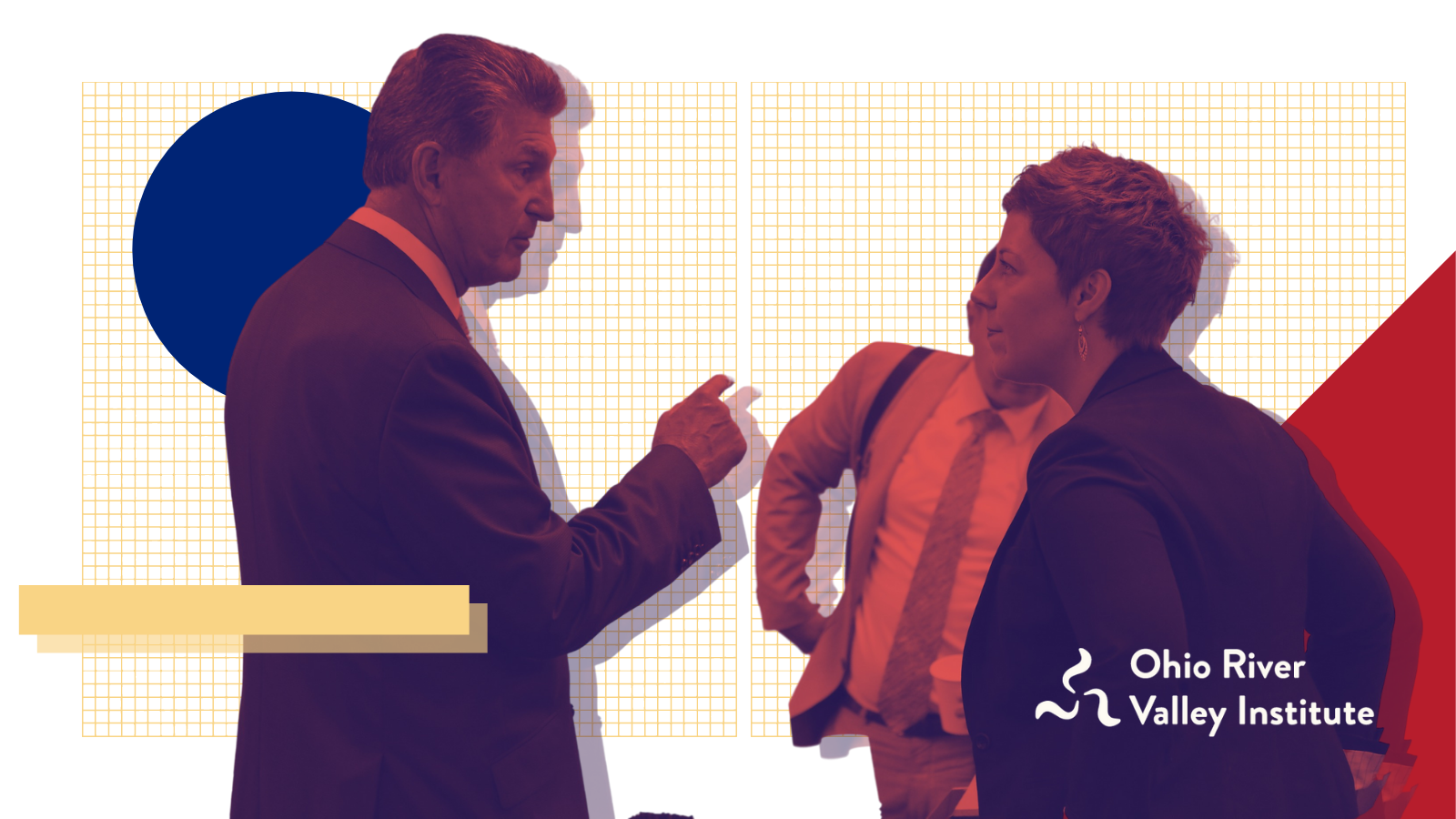 “The Department of the Interior estimates the cost to complete [abandoned mine land] reclamation work at $10.6 billion. According to recent reports from the Ohio River Valley Institute, there could be as much as $18 to 20 billion in unfunded reclamation across the US, and roughly 84% of remaining damage is concentrated in Appalachian states,” Manchin noted during Thursday’s Committee on Energy and Natural Resources Hearing to Examine Infrastructure Needs.

Federal underestimates of abandoned mine land damage—and the resultant lack of large-scale investment—have posed hurdles to comprehensive reclamation work since the inception of the Department of the Interior’s Abandoned Mine Land Program in 1977. Ohio River Valley Institute Research Fellow Eric Dixon’s report, “Repairing the Damage: Cleaning Up the Land, Air, and Water Damaged by the Coal Industry Before 1977,” explains that federal estimates fall short of actual reclamation costs because some valuations are outdated, incomplete, or unadjusted for inflation. Unlike the federal inventory, ORVI figures also account for the design and administration costs of AML reclamation, which can constitute as much as 25% of the total price tag. And, as more AML sites are discovered and known sites deteriorate further, billions of dollars in reclamation costs will need to be tacked on to current estimates over the next thirty years.

The potential cost and value of remediating orphan oil and gas wells in Appalachia is similarly underestimated, according to a companion report authored by Senior Researcher Ted Boettner. In 2018, states spent a total of just $52.9 million on well plugging and restoration, a pittance compared to the $63.8 billion price tag associated with plugging the nation’s estimated 2.1 million orphan and abandoned wells. At the current rate of remediation, Boettner calculates, it would take nearly 900 years to cap each orphan or abandoned well in the United States, many of which spew methane, a potent greenhouse gas, into the atmosphere and threaten nearby residents and ecosystems with air pollution, water and soil contamination, and the risk of explosions.

AMLs also present serious environmental and public health hazards, and mine site reclamation isn’t moving much faster. Since 1977, the historically underfunded AML program has cleaned up 978,000 acres and $7.9 billion of AML damage, representing only 27% of the national total, according to Ohio River Valley Institute estimates. Meanwhile, communities and ecosystems in Appalachia are still being harmed by the historic extraction of coal from beneath their homes and hillsides.

Senator Manchin’s hearing on the nation’s infrastructure needs underscores the urgency to address longstanding problems with damage from coal mining and oil and natural gas extraction. Manchin’s energy infrastructure package would provide $11.3 billion to reclaim AML damage over 15 years ($750 million per year, on average), and a similar proposal recently introduced by Senator Cory Booker (D-NJ) and Representative Donald McEachin (R-VA) would provide $10 billion over 10 years ($1 billion per year, on average).

Manchin’s proposal represents “a mountain of difference compared to existing funding,” said Research Fellow Eric Dixon, but it’s still not bold enough to comprehensively tackle the host of problems posed by AML damage. Much more needs to be done to fill the chasm between existing federal funding and the full cost to reclaim coal mines and oil and gas wells. Cleaning up the entirety of AML and orphan well damage in Ohio, Pennsylvania, West Virginia, and Kentucky could cost nearly $50 billion—an eye-watering sum, but one that could help support thousands of jobs in Ohio River Valley states each year.

Over the next two decades, a large-scale federal program to plug oil and gas wells could support more than 15,000 jobs per year in the Ohio River Valley that can provide significant social and economic benefits to distressed communities while reducing greenhouse gas emissions. A more robust federal appropriation of $1.3 billion per year for AML cleanup could foster an additional 7,000 local reclamation jobs annually from 2021-2030.

“This is about creating jobs where people want to work and want to live, and not about dislocating them to places they don’t want to be,” Boettner recently told Jeff Berardelli of CBS News.

To guarantee that these jobs are well-paying, reliable, and accessible to those who need them most, Congress and the Biden administration have “more work to do” to ensure reclamation work features strong labor provisions, including prevailing wage provisions and project labor agreements, accompanied by a public reclamation jobs program within the Civilian Climate Corps. Cleaning up this damage could re-employ former coal industry workers who already possess skills needed for reclamation, pay them a living wage, and help build power in their workplaces, fighting the climate crisis all the while, Dixon explains. A jobs program could ensure cleanup jobs are accessible to those in poverty.

In a political climate framed by trade-offs, investments in orphan well cleanup  and coal mine reclamation represent a win-win-win for Appalachia, the environment, and the economy. Federal dollars at the true scale of the problem can help our region build back better.