Higher prices are needed to save Appalachian natural gas, but the industry faces pressure from decarbonization and uncertain petrochemical markets.

JOHNSTOWN, Pennsylvania – New gas field developments in Appalachia are unlikely to be profitable as the US energy system undergoes rapid decarbonization, according to a report from the Stockholm Environment Institute’s US Center (SEI) and the Ohio River Valley Institute. Rosy industry projections of a gas-fueled petrochemical buildout led many Appalachian communities to bank on job growth that never arrived and now may never materialize. 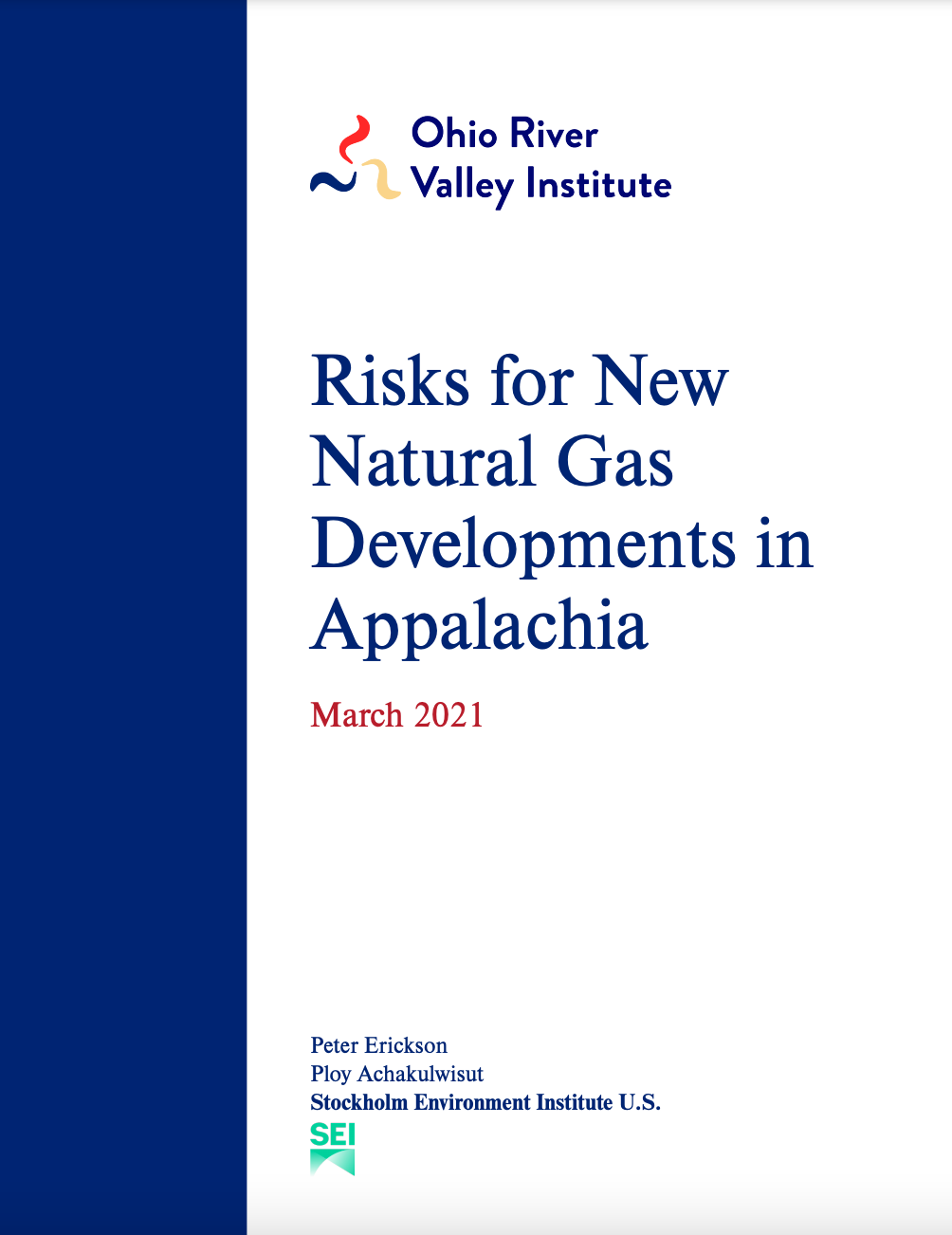 The report, “Risks for New Natural Gas Development in Appalachia” is the first quantitative assessment of how Appalachia’s gas industry would fare in a low carbon future, and it spells trouble for an already troubled industry. The report is also the most detailed publicly-available analysis of the future prospects for natural gas development in the region. The authors analyzed 200 prospective gas projects in Pennsylvania, Ohio, and West Virginia, using data from Rystad Energy, a leading energy research and business intelligence agency. By assessing each field’s capital and operating costs — as well as the gas prices necessary to keep such fields profitable — the authors found that the gas industry in Appalachia is vulnerable to sustained, low prices of domestic gas and natural gas liquids.

“Our analysis shows that gas expansion in Appalachia is a risky investment,” said the report’s lead author, Peter Erickson, a senior scientist and Climate Policy Program Director with SEI. “The calculations show that new gas developments face an array of serious financial risks that could render extraction from Marcellus gas fields unprofitable in the coming years.”

The report finds that a rapidly decarbonizing economy — a specific policy aim of President Biden — would severely undermine the profitability of Appalachian gas development, resulting in reduced production. Lower gas production would in turn crimp the production of natural gas byproducts, like ethane, that serve as feedstocks for the region’s much-hyped petrochemical buildout, which is already facing stiff headwinds from competitor regions and an evolving market for consumer plastics.

“Communities in Appalachia know firsthand what happens when leaders fail to plan for markets that are moving away from fossil fuels,” said Joanne Kilgour, executive director of the Ohio River Valley Institute. “We already know that fracking has failed to deliver prosperity for the local communities that produce the gas. This report makes it clear that the region should plan for real economic development that can flourish in the 21st century.”

SEI’s analysis corroborates the views of Wall Street investors and credit ratings agencies that have soured on the gas industry based on its inability to generate reliable profits. And it reinforces concerns expressed by experts from finance, policymaking, and the oil and gas industry in a recent forum sponsored by the Ohio River Valley Institute.

“With the US government committing to deep decarbonization under the Paris Agreement — and signaling an increasing focus on policies to mitigate devastating climate impacts — we expect to see profound changes to oil and gas markets that would render new Appalachian gas fields unprofitable, on average,” said co-author and SEI Scientist Ploy Achakulwisut.