Should DOE’s Vision of an Ohio Valley CO2 Hub be DOA?

ORVI responds to a DOE request for information about carbon capture deployment. 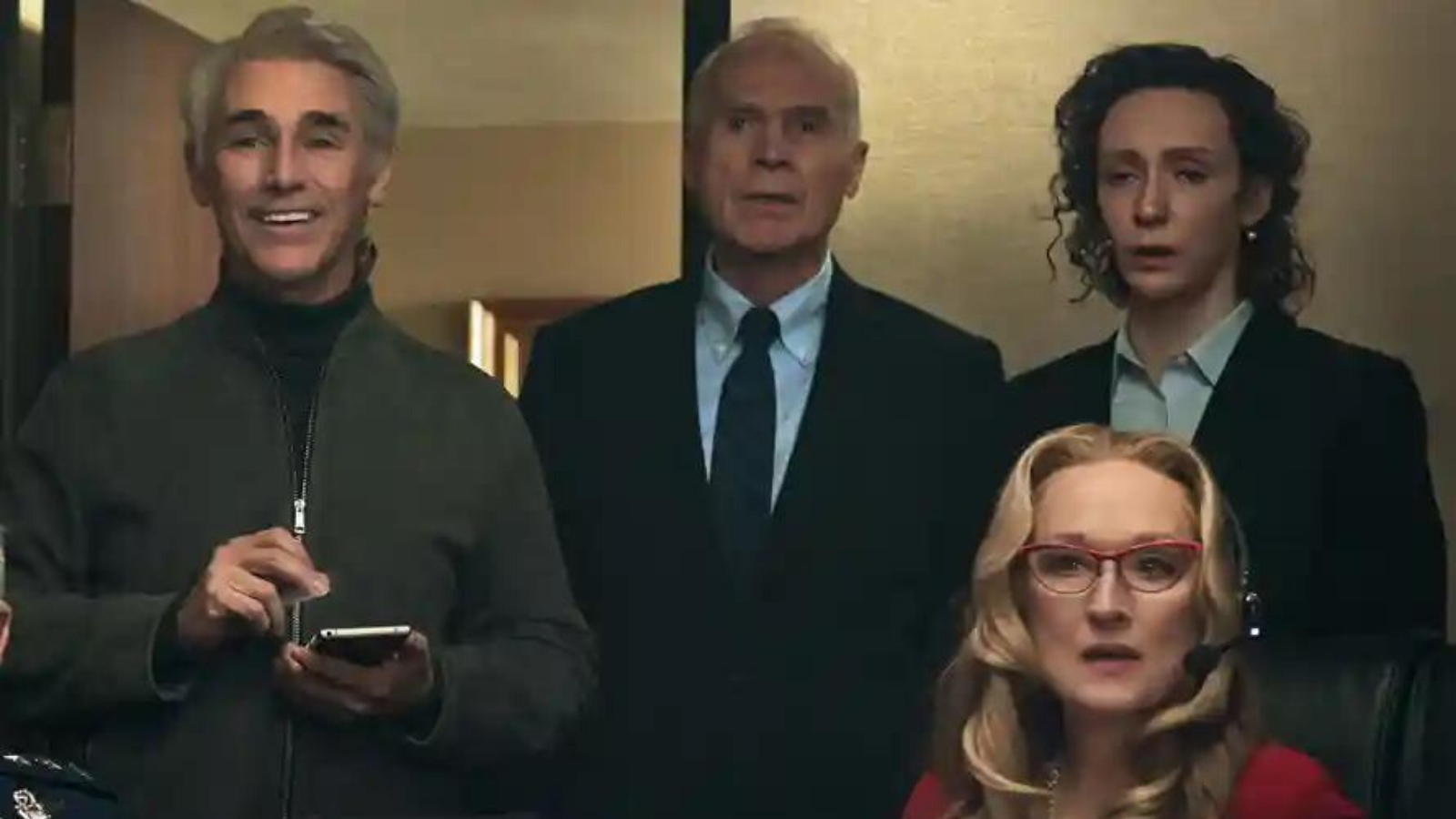 The recent movie, “Don’t Look Up”, parodies our response to the climate crisis and, in particular, political leaders whose attitude seems to be, “Sure, we’ll all die if we don’t change . . . but can’t we do it in a way that takes care of me and my donors?” For those who haven’t seen the movie, a massive comet hurtling toward earth is the existentially threatening analog for the climate crisis. The movie also features a boon-for-industry but catastrophically flawed technological solution to the crisis for which there is also a real-world analog.

Last year, a report titled, “Building to Net-Zero: A U.S. Policy Blueprint for Gigaton-Scale CO² Transport and Storage Infrastructure,” captured the imagination of the Biden administration and the US Department of Energy (DOE). The report envisions an energy system and manufacturing sector that can continue to rely heavily on fossil fuels because power plants and factories would be retrofitted with new technologies to capture their carbon emissions, which would then be transported through thousands of miles of pipelines to massive underground storage caverns.

The report is the product of a collaboration between the Energy Futures Initiative and the AFL-CIO, and it recommends the creation of three “CO2 Infrastructure Hubs” in Wyoming, along the Gulf Coast, and in the Ohio River Valley. 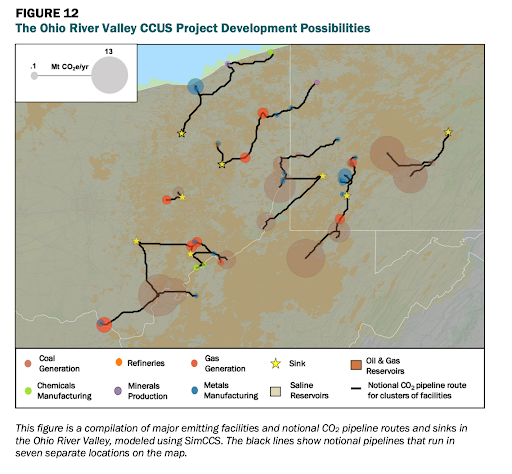 The question is whether these hubs are effective and necessary solutions for the climate crisis or, as in the movie, a detour into financial and political opportunism that fails to solve the problem while inflicting immense financial and environmental costs. The Ohio Valley CO2 hub at least appears to be the latter. The Ohio River Valley Institute explained why that is the case in its response to a recent DOE request for information about the demonstration and deployment of carbon capture and sequestration (CCS) and direct air capture (DAC) technologies.

In its response, ORVI made three points, which it supported with research findings, to explain why the Ohio River Valley CO2 Hub is a fatally flawed vision.

In support of these points ORVI cited the failure of recent fossil fuel expansion in Appalachia to deliver job growth despite investments in the hundreds of billions of dollars. We also pointed out that the incremental cost to retrofit coal and gas-fired power plants with CCS capabilities would be greater than the market value of the electricity they generate. That would make them either completely uncompetitive with clean, renewable resources or  the wholesale price of electricity would more than double and potentially increase Americans’ utility bills by more than $100 billion per year.

Finally, pointing to the “Building to Net Zero” report’s observation that coal-fired power plants are responsible for over 90% of the region’s carbon emissions, ORVI’s response explained that, if implementing CCS isn’t financially viable in the electric generating sector, then any economic rationale for a massive pipeline and storage network that would cost tens if not hundreds of billions of dollars to construct collapses.

These findings make the viability window for proposed carbon capture and sequestration and related carbon management projects quite narrow. For that reason, ORVI encouraged the DOE’s Office of Fossil Energy and Carbon Management (FECM) to include in the range of carbon management technologies and projects it considers ones that are devoted to remediating the impacts of past and ongoing fossil fuel activities, which have long saddled the region. These burdens include hundreds of thousands of orphaned and abandoned mines, wells, and toxic waste sites the remediation of which would reduce greenhouse gas emissions, provide large numbers of jobs in areas that struggle most, encourage economic development, and enhance quality of life, making the region more attractive to both businesses and families.

Whether DOE will apply the kind of stern criteria for economic competitiveness and viability that ORVI recommends when considering proposed carbon management projects is at least doubtful. In December the federal Government Accountability Office (GAO), released a report that is highly critical of DOE’s past conduct in selecting and administering funding for carbon capture projects.

The GAO report found that, of eight coal carbon capture projects for which DOE provided $684 million in funding between 2010 and 2017, “Three projects were withdrawn—two prior to receiving funding—and one was built and entered operations, but halted operations in 2020 due to changing economic conditions.” Also, “DOE terminated funding agreements with the other four projects prior to construction.” In short, none of the power system carbon capture projects that DOE supported is alive today.

That’s in part because of a persistent failure to adequately take into account issues of market competitiveness and viability. But it’s also because of political pressure within the agency to waive standard project selection practices and bypass cost controls. The report makes multiple references to DOE “at the direction of senior leadership” failing to adhere to and enforce cost guidelines.

DOE will take a few months to process responses to its RFI and probably later this year will issue a request for proposals for projects that will be considered for funding.