What A Pennsylvania Hydrogen and Carbon Capture Hub Would Cost

The Pittsburgh Post-Gazette’s intrepid reporter, Anya Litvak, tried to get an answer, but found that proponents don’t really want to put a price on a fantasy. 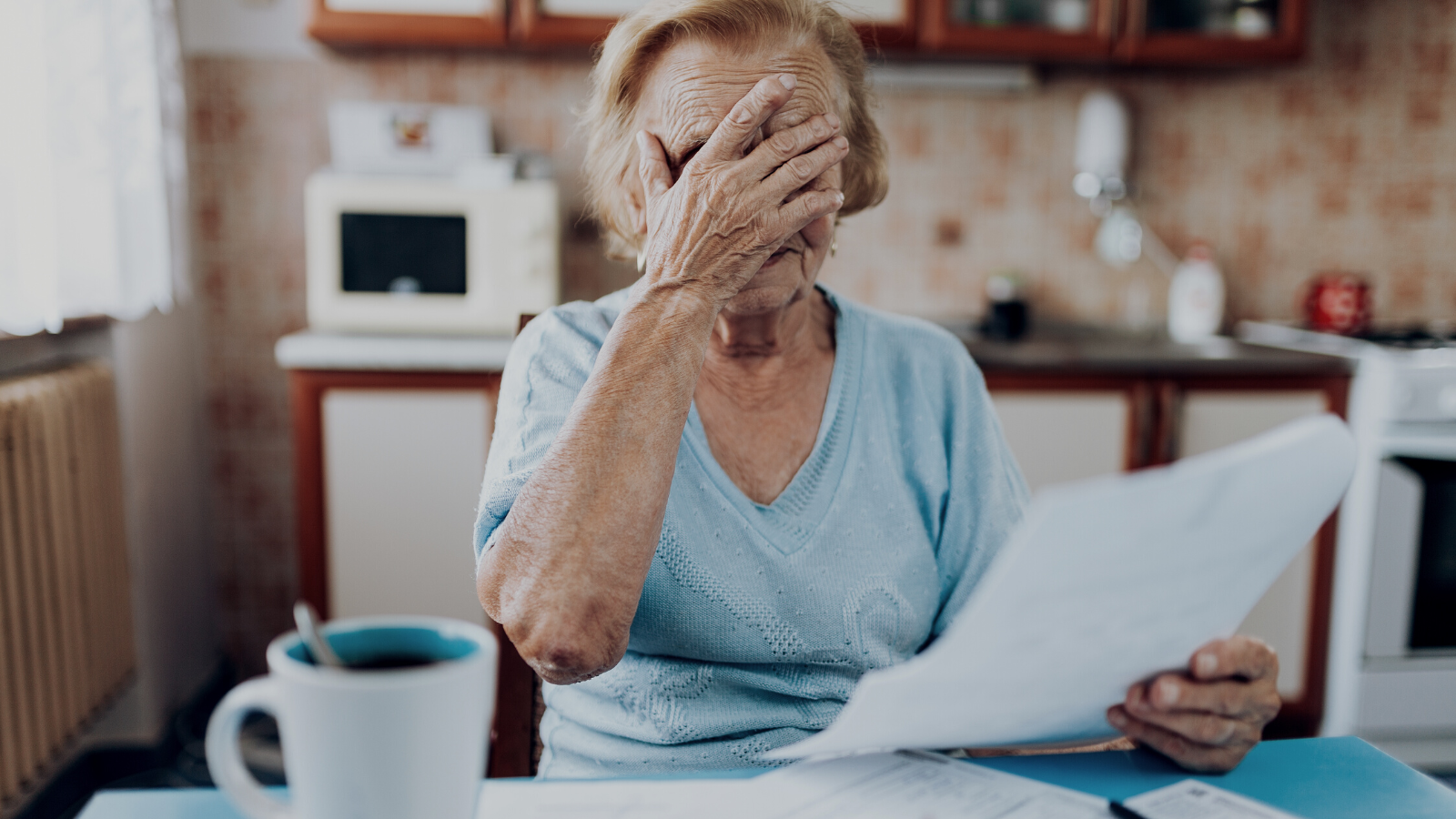 Finally, a reporter has asked a question that should have been asked from the beginning about the proposed Hydrogen and Carbon Capture Hub for Western Pennsylvania – What will it cost?

Unfortunately, none of the people Anya Litvak interviewed could provide an answer. Or maybe they just didn’t want to. And it’s easy to hide behind the fact that the hydrogen hub is still merely conceptual, lacking both a plan and definition. How large is its footprint? How many hundreds of miles of pipelines would be required? How many facilities would it serve? How much carbon would it capture? How much would it not? No one knows exactly.

Still, we know enough that those who want to can pretty accurately calculate the cost . . . within a range. And, even at the low end of the range, it will shiver your timbers. Or it should because, in this post, the word “cost” is just a euphemism for “You will pay . . .”

At a minimum, the proposed hub will cost $1,000 per year for every household in the Pittsburgh region. Then, depending on the number of carbon-emitting power plants, factories, and other facilities connected to the hub, the cost could rise to $2,500 per household or more. If that sounds like a lot, it is, especially for a project that has, in dozens of effusive press releases and equally effusive news stories, been regarded with the same skepticism and apprehensions about cost that a 7 year-old feels when greeted by a new bicycle under the tree on Christmas morning.

If you look at Allegheny County, Pennsylvania and the nine surrounding counties that make up the Pittsburgh region, as the Allegheny Conference did in its recently released decarbonization pathway study, the cost of capturing and sequestering carbon would come to between $1 billion and $1.5 billion per year over a population of 2.5 million people and 1 million households.

We know that because the Allegheny Conference report anticipates the capture of approximately 16.3 million metric tons of carbon annually. 11.5 million tons would be captured from steel, ethylene, cement and natural gas power plants. The cost of capturing and sequestering carbon from these facilities is expected by both proponents and opponents of carbon capture to range from $81/ton of carbon for natural gas power plants up to $102/ton for steel and $128/ton for cement plants. The remaining 4.8 million tons would be captured during the manufacture of hydrogen from methane at a cost that could be as low as $24/ton.

Although we don’t know the precise amounts of carbon that the Allegheny Conference assumed would be captured from each of those activities, even if we go with the low-end figure of $81/ton for the steel, cement, ethylene, and gas-fired power sectors and we combine it with $24 per ton for blue hydrogen production, we come to $1.046 billion per year, or just over $1,000/household.

That’s the low end. Now for the high(er) end.

However, the Allegheny Conference decarbonization pathway explicitly excludes coal-fired power generation from its carbon capture regime, presuming that coal will cease to be part of the region’s energy system by 2035. That will come as distressing news to many important players in shaping federal and state hydrogen and carbon capture hub policy, including Senators Joe Manchin (D-WV), Shelley Moore-Capito (R-WV), Sherrod Brown (D-OH), White House National Climate Advisor Gina McCarthy, the governors of assorted states, the AFL-CIO, and the United Mine Workers of America, all of whom are promoting carbon capture and sequestration (CCS) as a savior of coal-fired power plants and mining jobs.

Coal-fired power is, however, included in an alternative low-carbon energy transition pathway for “Southwest” Pennsylvania conceived by the Roosevelt Project along with researchers at Harvard, MIT, Carnegie-Mellon University, and Boise State. Their report finds the cost of a hub that includes coal would be $2.9 billion annually, although that was across a slightly larger 13-county region that contains 1.25 million households, making the cost per household $2,320/year.

There is another factor that will, if the hydrogen and carbon capture hub actually comes to fruition, increase the costs of both the Allegheny Conference and Roosevelt Project scenarios even more. The stalled Build Back Better bill, which is still the subject of congressional negotiations, would provide an $85/ton subsidy to industry for captured carbon, effectively making that the low-end cost of the hub, at least for taxpayers. That would drive the overall cost of the Roosevelt Project scenario to well over $2,500/household per year.

But wait? Why would the federal government subsidize carbon capture at more than 100% of its cost? And where would the money come from?

The answer to the second question is easy. The money would come out of your wallet, either in the form of higher utility bills, higher tax bills, or some combination of the two. The place where little if any of the money would come from is the pockets of owners and shareholders of the plants and facilities that emit carbon. The reason is simple. Many facilities can’t afford the added cost of CCS, which is immense. And those that can afford CCS have no incentive to do so. In fact, they would put themselves at a competitive disadvantage by installing and operating CCS technology.

The facilities that can’t afford carbon capture include coal and gas-fired power plants that are already losing market share to lower cost wind and solar power. Many are already unprofitable and carbon capture technology, which would more than double the cost of producing electricity, would push them all into unprofitability.

Other kinds of factories or facilities that are highly profitable emitters of carbon will demur just because installing and operating CCS increases their costs, often significantly. So, unless their competitors are required to make the same investment as the result of some kind of federal mandate, which none of those promoting hydrogen and CCS are contemplating except perhaps in private, they would put themselves at a severe competitive disadvantage by doing so.

That leaves us ratepayers and taxpayers on the hook. And make no mistake. We’re talking real money. In most facilities, CCS technology costs hundreds of millions of dollars to install and its operation reduces productivity and output by as much as 20%. These aren’t the kinds of artificial costs that result from price gouging or inflated margins for middle-men. We’re talking about actual, physical costs—more equipment and more raw materials—which must be paid, whether it is done through your utility bill or your tax bill. And to say, “The federal government will pay” is just another way of saying, “Taxpayers will pay.”

The Biden White House Council of Environmental Quality is also encouraging states to incentivize and facilitate deployment of CCS with “. . . exemption(s) or reduction(s) of property tax, severance tax, gross receipt tax, and sales tax, among others. Non-tax incentives can also . . . include . . . declaring CO2 storage to be in the public interest, clarifying CO2 ownership laws, transfer of long-term liability to the state, various forms of financial assistance, off-take agreements (providing a guaranteed buyer for the electricity or output from a CCUS project), and eligibility of CCUS in Electricity Generation Portfolio Standards or Voluntary Goals (earning saleable compliance credits by generating electricity using CCUS). In addition to these policies . . . some state governments have also assumed the long-term liability for CCUS projects.”

So, in addition to the federal government providing what in many cases would be a 100%+ subsidy to industry, states are being encouraged to provide industry with additional tax breaks, off-take agreements that would result in above-market prices for utility customers, forced takings of property for pipeline construction through eminent domain, relaxed enforcement and standards for public safety, and relief of legal liability for disasters and environmental damage by shifting the risk and cost to the public.

The costs these measures would inflict are not included in the $1,000 to $2,500 per household estimate and they could, depending on state action, push the figure to well over $3,000/year. Another way of grasping the cost is that $3,000 per household per year in a region of 1.25 million households comes to $3.7 billion per year for the lifetime of the hub. If that lifetime is greater than 30 years, as it is expected to be, the cost will be over $100 billion in total. In that context, the $2 billion dollars in possible federal grants for which Pennsylvania is competing with Ohio, West Virginia, and other states, is a drop in the bucket, representing less than 1% of the ultimate cost.

Given the economic absurdity, will the Hydrogen and CCS Hub ever come to fruition?

Because there are less expensive and more effective ways of reducing carbon emissions and creating jobs—solar power, wind power, smart grid development, and energy efficiency, for instance—there is a strong likelihood that the expense of carbon capture for both manufacturing hydrogen and generating electricity will sink the entire enterprise long before a shovel ever goes into the ground. That’s what happened with the only slightly less economically absurd, but once similarly heralded Appalachian Storage Hub and Appalachian Petrochemical Manufacturing Renaissance. If you believe in market economics or just common sense, it should happen with the Hydrogen and Carbon Capture Hub as well. Still, some people may wonder, if CCS really does reduce emissions and save jobs in coal and natural gas, might it be worth it?

It could be, if CCS did either of those things well. But it doesn’t.

Even the Allegheny Conference, whose decarbonization pathway promotes CCS, finds that, once it has been fully implemented, carbon emissions from industry will decline by less than half. That’s partly because carbon capture isn’t expected to capture more than 90% of emissions in plants where it’s installed (although in places where it is being tested the figure is usually far less). It’s also because, due to its immense capital cost, CCS would only be implemented in the largest of facilities. Meanwhile, dozens and even hundreds of smaller facilities that emit carbon would muddle on as they do today, their emissions unabated.

The jobs prognosis is just as bad. As was noted earlier, the application of CCS in existing industries won’t increase output and, because it won’t, the companies that install it won’t have any reason to hire more workers. At best, construction of a CCS pipeline network would lead to a one to two-year burst in construction jobs before reverting to the situation ante. And the region would be locked even more deeply into economic dependence on extractive industries that have proven themselves structurally incapable of serving as a foundation for job growth and prosperity. Meanwhile, the rest of the nation would be reaping the benefits of job growth and lower utility bills that are part and parcel of true clean energy transition.