How commonsense insurance requirements could stop LNG by rail and protect rail-side communities. 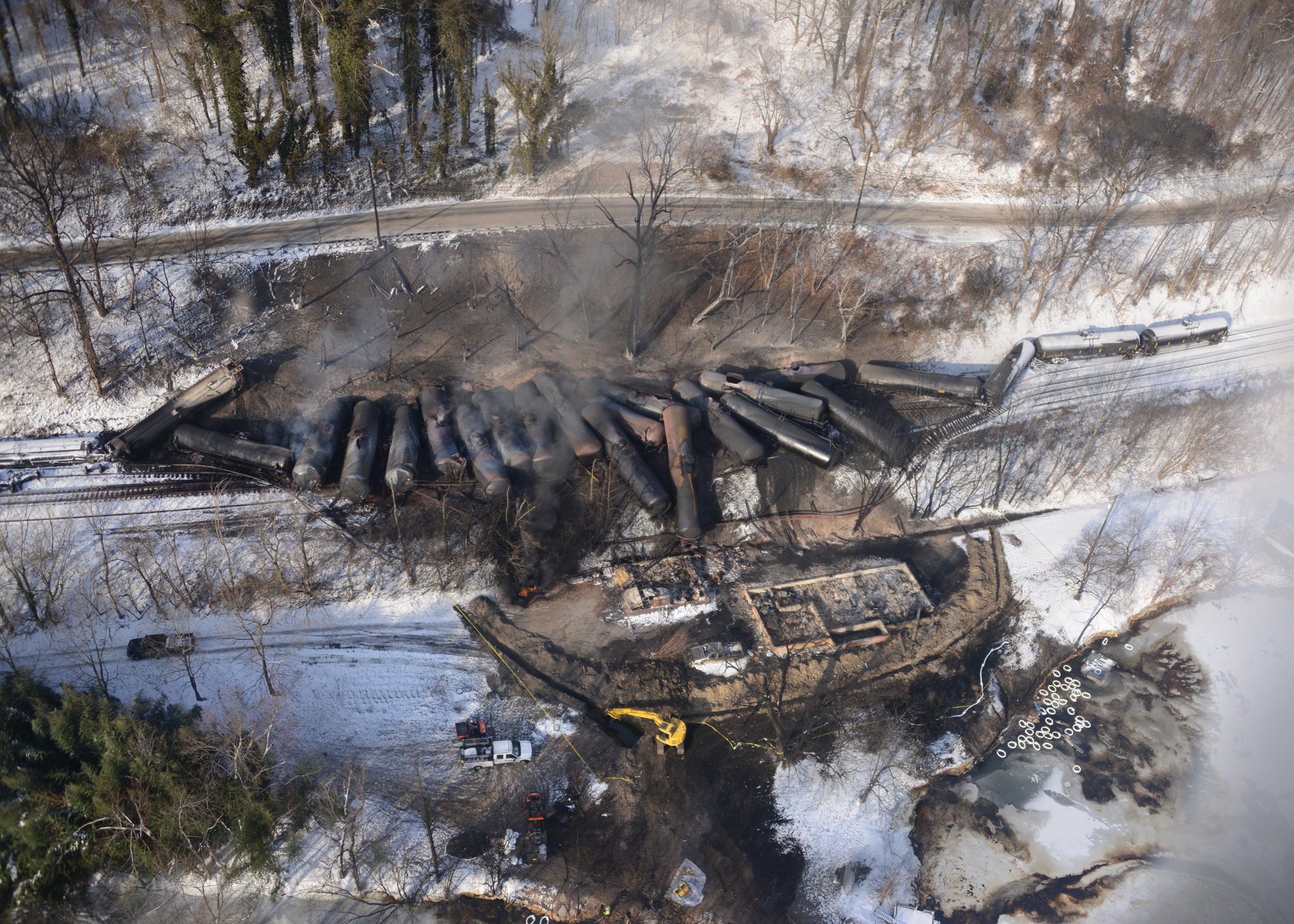 Biden’s first fracking test. That’s what the Wall Street Journal editorial board calls the incoming administration’s decision about a port project on the Delaware River.

Yet the decision is not about fracking at all. At least not directly.

It is, rather, about whether to approve a port facility in New Jersey that would handle mile-long trains of liquefied natural gas (LNG) shipped by rail from northeast Pennsylvania. In 2020, Trump administration regulators issued expedited permission for New Fortress Energy to ship loaded 100-car trains to the site twice per day. Now, the Federal Energy Regulatory Commission (FERC) is reviewing safety issues at the port terminal site itself.

So the question for President Biden is not whether to restrict fracking — a position that is rather popular with voters in Pennsylvania — but whether he should allow the industry to expand in dangerous new ways. To date, most of the debate over the New Fortress project has centered on the risk of LNG explosions to lives and communities, which makes perfect sense because an accident could be horrifying.

Less well understood is the staggering risk to taxpayers of LNG-by-rail. It’s a risk that could prove to be the project’s Achilles’ Heel and that could give the Biden administration a commonsense way to halt it. Railroads are severely under-insured for many hazardous substance shipments, especially in urban areas, so simply requiring them to carry insurance proportional to the risk would almost certainly render the entire endeavor uneconomical.

The latest on the train derailment. Click here for details http://t.co/CkwQuCMbGq pic.twitter.com/jnGh5kQluy

The Wall Street Journal editorial board might do well to read the paper’s own archives. In January 2014, the paper published a shocking exposé on how badly under-insured the railroads hauling crude oil really are, and how they would be unable to cover the costs of an oil train explosion in an urban area. It found that in the insurance world, even a catastrophe like the deadly 2013 oil train derailment in Quebec that killed 47 people is not considered a truly worst-case scenario accident. What would qualify is something like a derailment in the middle of a heavily populated area, like in downtown Pittsburgh where oil trains filled with volatile crude oil already pass regularly. With remarkable candor, industry experts went on record to detail the inadequacy of the insurance railroads carry for such an event.

According to the Wall Street Journal, even if a railroad wanted to buy insurance for a truly catastrophic accident — a 300 foot-tall fireball in downtown Philadelphia, say — no one would sell it to them. In other words, if railroads had to carry insurance proportional to the risk of a mishap like motorists must they simply would not be able to ship dangerous cargo like LNG.

James Beardsley with insurer Marsh & McLennan was blunt: “There is not currently enough available coverage in the commercial insurance market anywhere in the world to cover the worst-case [train derailment] scenario.”

At best, Beardsley says, there is only about $1.5 billion in liability insurance available for even the biggest railroads. It’s an amount that would not even cover the damages in a small town. In fact, actuarial estimates find reasonable worst-case hazmat derailments can easily range above $5 billion.

The risk is real. For confirmation of that fact look no further than the industry’s defense of itself. Ian Jefferies, CEO of the Association of American Railroads, seemed to be boasting when he claimed in an interview with NPR that, “99.99% of all hazmat moved by rail reaches its destination without any incident whatsoever.”

The aftermath of a 2015 oil train derailment in Fayette County, West Virginia. (Image from the US Coast Guard in the public domain: https://www.dvidshub.net/image/1774274/west-virginia-train-derailment-response)

Take a moment to do the math. Jefferies’ statement (which is almost certainly too generous to the industry) implies something rather scary: it means that one hazmat train in 10,000 fails to reach its destination without a problem. Now consider that Pennsylvania railroads ship about 4.8 million carloads in a year, which works out to roughly 50,000 loaded freight trains.

A freight train accident might be a relatively minor problem at slow speeds if the cargo is grain or coal. But it could be a very big deal if it’s carrying a volatile fuel that can detonate with mind-boggling force. In fact, experts calculate that it would only take 22 tank cars loaded with LNG to hold the equivalent energy of the Hiroshima bomb. That’s not hyperbole. Even a single LNG rail car igniting could level buildings to deadly effect.

Accident statistics bear out the risk. Trains derailed no fewer than 71 times in Pennsylvania in 2019 alone. Of those, 16 were carrying hazardous materials and nine resulted in significant damage to hazmat railcars, including four in Philadelphia County.

The trains don’t stop and neither do the derailments. In the first ten months of 2020, the most recent for which federal data are available, hazmat trains derailed a dozen times in Pennsylvania. Those included two high-speed derailments that can be especially dangerous: a Norfolk Southern train traveling 37 miles per hour in Pittsburgh and another traveling 27 miles per hour in Cambria County.

As the gas industry’s enablers cheerlead for LNG by rail, it’s worth examining the track record of the closest analogy we have: the post-2012 surge in oil train shipments. In the years since, North America saw more than a dozen high-profile oil train explosions, including the tragic case in Quebec, as well as huge explosions in Lynchburg, Virginia and Fayette County, West Virginia that residents described as “the wrath of God.” Oil train traffic has declined somewhat in recent years, but where they are still running, they are still derailing and exploding. In December 2020, an oil train rumbled off the tracks near Bellingham, Washington and exploded catastrophically after seven of the cars ignited.

Crude oil is far less dangerous than LNG, but the fiery explosions resulting from oil train derailments have earned them the moniker of “bomb trains.” It’s no wonder, then, that fifteen state Attorneys General, including those in Pennsylvania and New Jersey, have challenged Trump administration approval of LNG trains saying it puts people’s lives at risk.

Lives are more important than dollars, yet it may prove to be the case that the New Fortress project is most vulnerable because of its finances. If federal regulators simply required the project backers to insure against the risk of loss, it would almost certainly vanish in the blink of an eye.

In the next article, we will explore in detail just how risky LNG trains are from a financial perspective; what regulators can do to protect the public; and how the Biden administration can use insurance requirements to put stop LNG by rail in its tracks.