Fracking is Not Popular in Pennsylvania 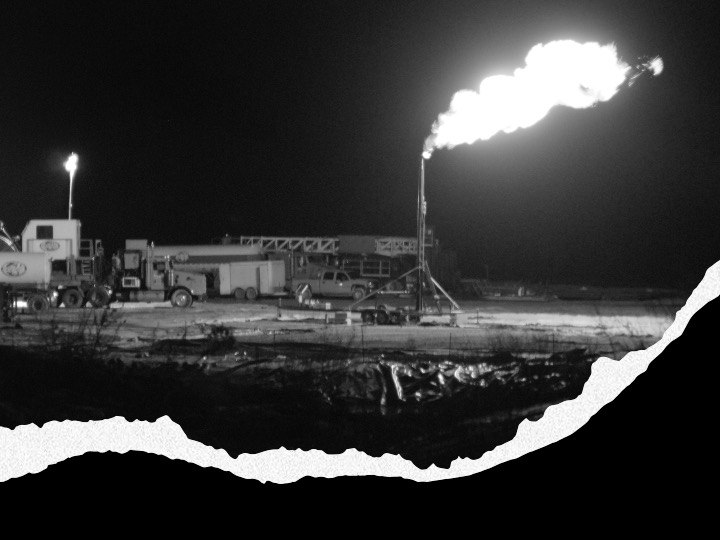 If you watched the presidential debates or listened to political advertisements in Pennsylvania, you might be forgiven for thinking that fracking enjoys strong support with voters. President Trump attacked Joe Biden vociferously and repeatedly (and falsely) for supporting a ban on the practice. Meanwhile, the Biden campaign hewed to a message on fracking that was both moderate and muddled. Yet a review of the evidence–from voters themselves as well as opinion research–simply does not support the view that fracking is popular with Pennsylvania voters, not even in conservative areas. To the contrary, there is good reason to believe that a stronger anti-fracking stance might have improved Biden’s fortunes in the Keystone State.

As Vox’s Dave Roberts points out, in eight of the top ten fracking counties by production, Trump’s margin went down compared to 2016. And there is an even more powerful natural experiment of voter preference at hand: the performance of Attorney General Josh Shapiro who is about as close you can find to a one-person referendum on the politics of fracking in Pennsylvania.

Shapiro is one of the only statewide elected officials critical of the industry, saying that “when it comes to fracking, Pennsylvania failed,” as he released the scathing findings of his two-year-long grand jury investigation in the summer of 2020. Shapiro’s office filed criminal charges against fracking giants like Range Resources and other companies for repeatedly polluting the state. So by comparing the performance of Biden and Shapiro, we can get a rough gauge for how voters actually think about fracking.

Statewide, Shapiro outperformed Biden by a margin of less than 1 percentage point. But in Pennsylvania’s most heavily fracked counties–the places where Biden was assumed to be most vulnerable to attacks on his stance about the practice–voters supported Shapiro by sizable margins over Biden.

The fracking critic Shapiro ran well ahead of Biden in every one of the major fracking counties in southwest Pennsylvania:

In fact, Shapiro outperformed Biden in all but one of the top ten fracking counties in Pennsylvania. (In Tioga County, the one outlier, Shapiro trailed Biden by less than 0.7 points.) He even ran ahead of Biden by 6 points in Beaver County, where a giant petrochemical project under construction depends heavily on continued fracking nearby. Shapiro’s edge over Biden was more pronounced in the cluster of fracking-heavy counties in the southwest part of the state and less pronounced in the northeast fracking cluster, but it existed everywhere.

Was Shapiro’s success a sign of broader support for Democrats? Definitely not. In fact, Shapiro was the sole Democrat to win statewide office in 2020, as Republicans are projected to win races for Auditor and Treasurer. If his opposition to fracking hurt Shapiro with voters, it’s awfully hard to see it in the tallies. More likely, his antagonism toward the industry helped him.

It is conventional wisdom that supporting fracking in Pennsylvania is politically astute, but this view is contradicted by nearly every piece of recent public opinion polling. It’s true, of course, that the 2020 election gave us ample reason to be skeptical of polls, but even if they are off by a few percentage points they are unlikely to be wildly wrong and, at least in this case, they help explain actual voter behavior.

Our review of the research starts with the Franklin & Marshall College Poll, a long-running opinion research project that in January 2020 surveyed registered voters in Pennsylvania finding that they favored an outright ban on fracking by 48% to 39%. Even 1 in 3 Republicans supported a ban on fracking, while Independents were evenly split. These results largely held up as the Presidential campaign heated up.

The findings were much the same in a late August Climate Power 2020/GSG poll of registered voters in Pennsylvania. Although voters were favorable toward “the natural gas industry” (61% favorable to 23% unfavorable) they were unfavorable toward “the fracking industry” (32% favorable to 50% unfavorable). The poll found that voters were in favor of stronger regulations on fracking by staggering margins of 58 or 43 percentage points, depending on how the question was asked. (These margins were somewhat smaller in the Pittsburgh region–31 or 38 points–but still very high.) And by a whopping 34 point margin, Pennsylvania voters (and voters in the Pittsburgh area) were in favor of phasing out fracking by 2050. In fact, the least popular approach to fracking polled was candidate Joe Biden’s plan to phase out fracking on public lands, though voters still favored it by 32 points statewide and by a small margin in the Pittsburgh region.

There was one outlier poll, though it is somewhat suspect: a survey conducted by Progressive Policy Institute/ALG from August 26-September 1 of general election voters in Pennsylvania and Ohio. A detailed examination of the findings would be useful because they are out of step with other opinion research on the subject, but the pollsters published only a summary memo and did not make the crosstabs available. The memo said that voters overall opposed a ban on fracking by a 20 point margin, though they acknowledged that a ban was heavily favored by both Democrats and younger voters, and a plurality of all voters (45%) favored reducing fracking. According to the memo, 53% of Pennsylvania voters supported candidate Biden’s plan, which was described to respondents as not banning fracking, but requiring the United States to use all renewable energy by 2050. Support was especially strong among Democrats and Independent voters.

Voters nationwide have views on fracking that are not much different from those in Pennsylvania. Throughout 2020, national opinion polls showed fairly consistent skepticism. An early September 2020 poll conducted for Climate Nexus by Yale University and George Mason University found that 54% of registered voters thought fracking should be more regulated compared to 24% who thought it should be less regulated. The same poll that found political independents supported more regulation for fracking by more than 4 to 1.

Those findings were corroborated in a research memo published by YouGov on October 19, 2020 showing that by a 9 point margin a majority of Americans opposed fracking (44%) rather than supported it (35%). According to the YouGov memo, residents of Pennsylvania were evenly divided, but with a pronounced urban-rural split and a very strong partisan split. (Rural residents and Republicans are more likely to favor fracking, while urban residents and Democrats are more likely to oppose it.)

Opposition to fracking at the national level may have lessened as the race drew to a close, but the reason may actually be the Biden campaign itself, not any particular fondness for the industry. A New York Times/Siena College poll conducted in mid-October 2020 poll found that likely voters in the US were evenly divided. The drop-off in opposition relative to polls conducted earlier in the year could well be attributable to the debates in which Joe Biden and Kamala Harris said repeatedly that they would not ban fracking. In fact, following the debates, Democratic support for a fracking ban dropped fully 16 points, from 65% to 49%, according to research by Data for Progress.

The natural gas industry has spent nearly a decade telling tall tales about job growth and economic prosperity, making a variety of claims that don’t stand up to scrutiny. Just so, its supporters have been at pains to pretend that fracking enjoys widespread public support. But public opinion research–and now actual election results–give lie to the myth: fracking simply is not popular, not nationally and not in Pennsylvania.

Public opinion matters for public policy. And while elected officials pay closer attention to voters during election season, what counts most is what they do after the polls close. If they are paying attention to the data, and not just campaign consultants, the Biden administration should know that it has a green light from Pennsylvania voters to take on the fracking industry.