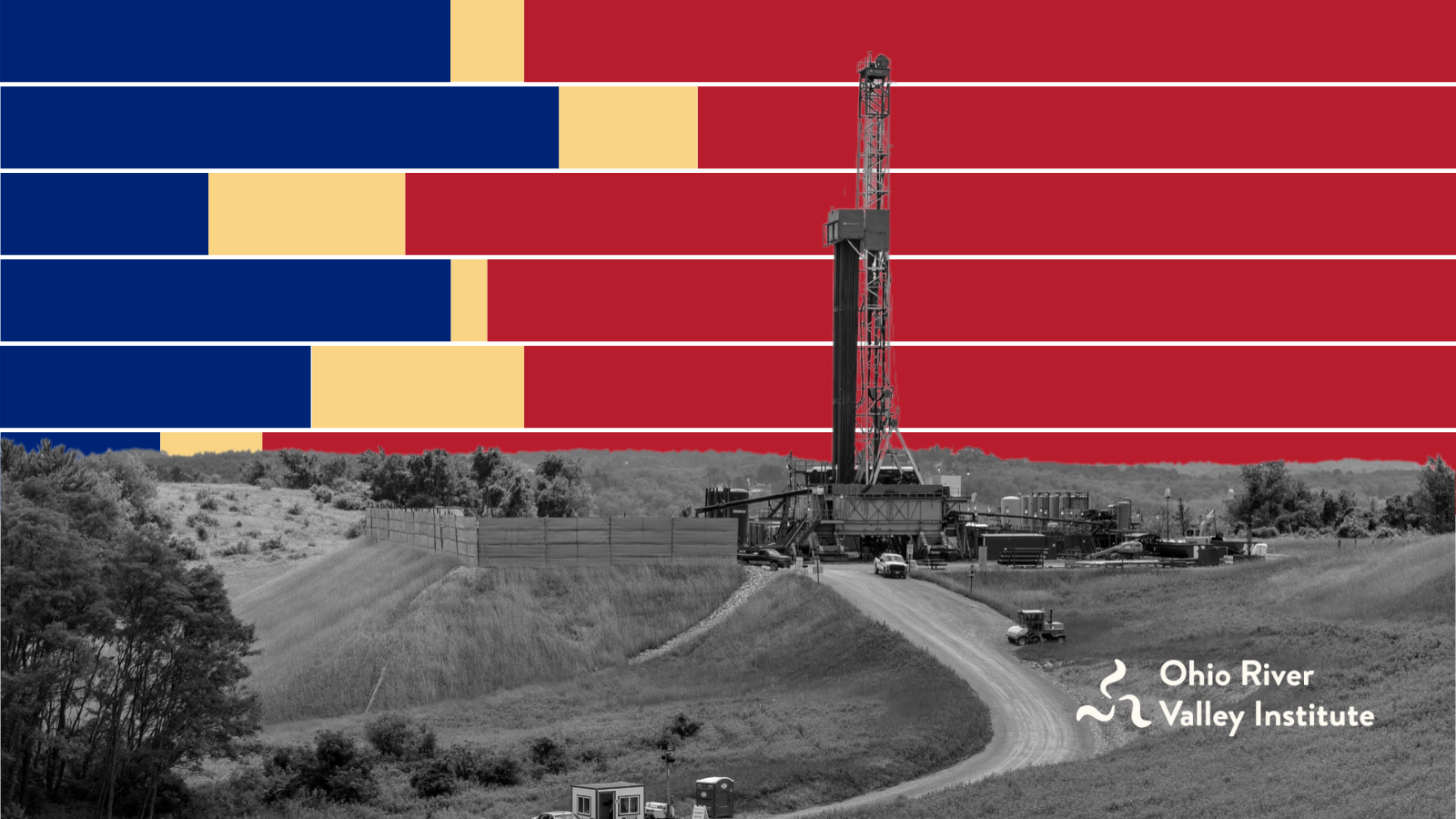 A groundbreaking new opinion poll released today by the Ohio River Valley Institute shows that, by wide margins, state voters support a serious crackdown on fracking operations. The poll shows that voters across demographics are deeply concerned about the impacts of drilling—and a majority want to end fracking altogether.

The poll, conducted from April 30 – May 16th by Data for Progress, reveals that the vast majority of voters are concerned about air and water pollution. They also view the clean energy industry and environmental advocates in much more favorable terms than they do fossil fuel-aligned interests.

“Our recent research shows there is very little data to support the contention that the Appalachian natural gas boom has been or can be an engine for economic prosperity. In fact, in some cases, the industry may have the opposite effect. It follows, then, that this poll confirms what other polls have been finding: that public support for fracking in Pennsylvania is eroding precipitously,” said Joanne Kilgour, Executive Director of the Ohio River Valley Institute.

The poll also showed that Attorney General Josh Shapiro’s recommendations to restrict fracking operations were extremely popular, while tax breaks and public subsidies for fracking companies are extremely unpopular. By a 29-point margin, Pennsylvania voters believe that fracking companies should not receive financial incentives such as tax breaks or subsidies from the state government, including a majority of Republicans and Independents. And, by at least a 17-point margin, voters oppose tax breaks for the Shell ethylene cracker plant in Beaver County.

Support for AG Shapiro’s recommendations includes overwhelming majorities of Democrats, Republicans, and Independents; men and women; college- and non-college-educated voters; and every age group and region of Pennsylvania.

Concerned about the impacts of fracking? Find allies with Halt the Harm Network’s Alliance Map, which displays information about organizations that are actively working on oil and gas issues around the world. Browse the map below to find organizations working in Pennsylvania and across the globe.

To receive regular updates from the Ohio River Valley Institute about fracking, public opinion research, and other related topics, register for our newsletter.