Inflation & Natural Gas: A Disease and its Carrier 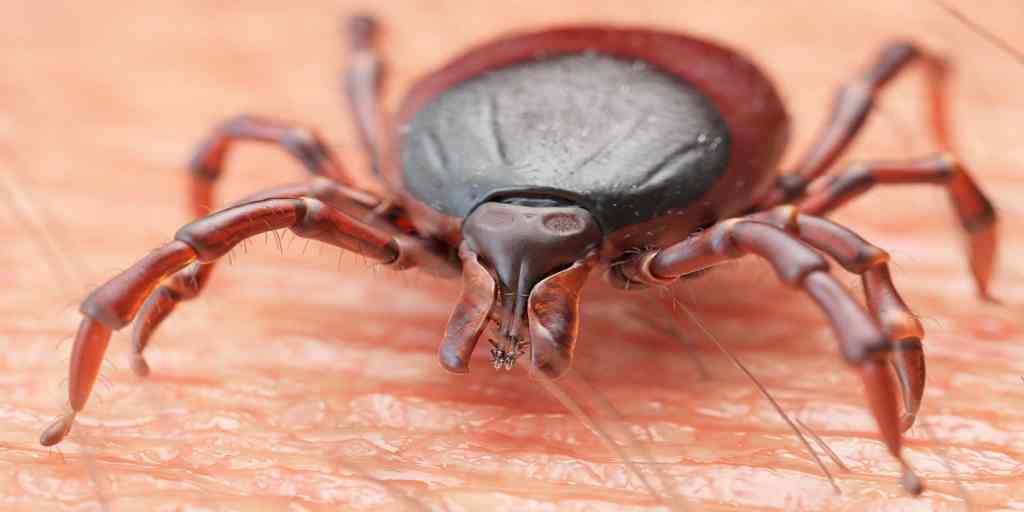 Natural gas enters your home through your furnace, your appliances, and even through the electricity you use, much of which comes from gas-fired power plants. And that’s a problem because, not only is gas bad for your physical health (more on that later), it’s bad for your family’s financial health by making you more susceptible to inflation. The greater your home’s level of infection—the amount of gas you use—the harder you’re hit when prices rise. 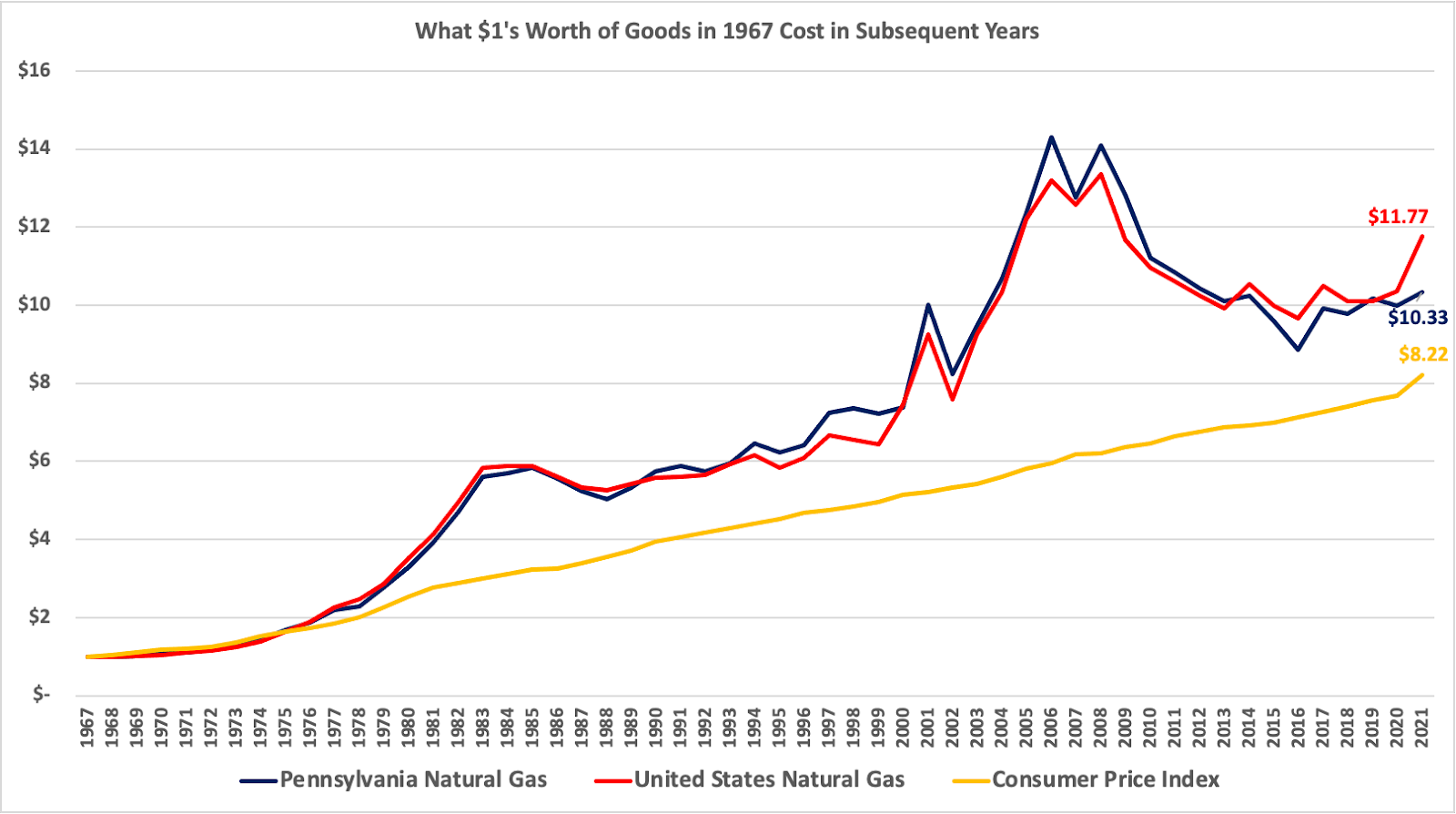 That’s been true since at least 1974, which was the last time the retail price of natural gas had not risen faster than the overall rate of inflation as measured by the Consumer Price Index. The price rise in the early 1970’s was solidified at the end of the decade when the OPEC oil embargo caused the price of oil and other fuels to surge. It was America’s first hint of the volatility that would accompany exposure to global commodity markets.

Natural gas inflation has been worse during some periods, such as the early 2000s, than it has during others but it has always been bad. Even in the last decade, during which gas prices temporarily came down, they did so from hyperinflationary peaks and only returned to a baseline level that is still 20% above the overall rate of inflation in Pennsylvania and 30% nationally. Consequently, every time your gas furnace or gas water heater goes on and every time you turn on a light, you’re paying a premium. The bad news is that it’s getting worse.

No, natural gas isn’t saving us money . . . it’s doing the opposite

48 years of above-average prices have not stopped the natural gas industry from claiming to save Pennsylvanians money. The misleadingly-named industry front group, the Consumer Energy Alliance, crows that between 2008 and 2018, increased natural gas production saved consumers $32.1 billion.

Of course, the year 2008 was one of those twin peaks in the preceding chart—a time at which natural gas prices had risen at more than twice the rate of inflation. So the decline in prices that followed wasn’t a “savings”, it was still above-average inflation just at a less egregious level. 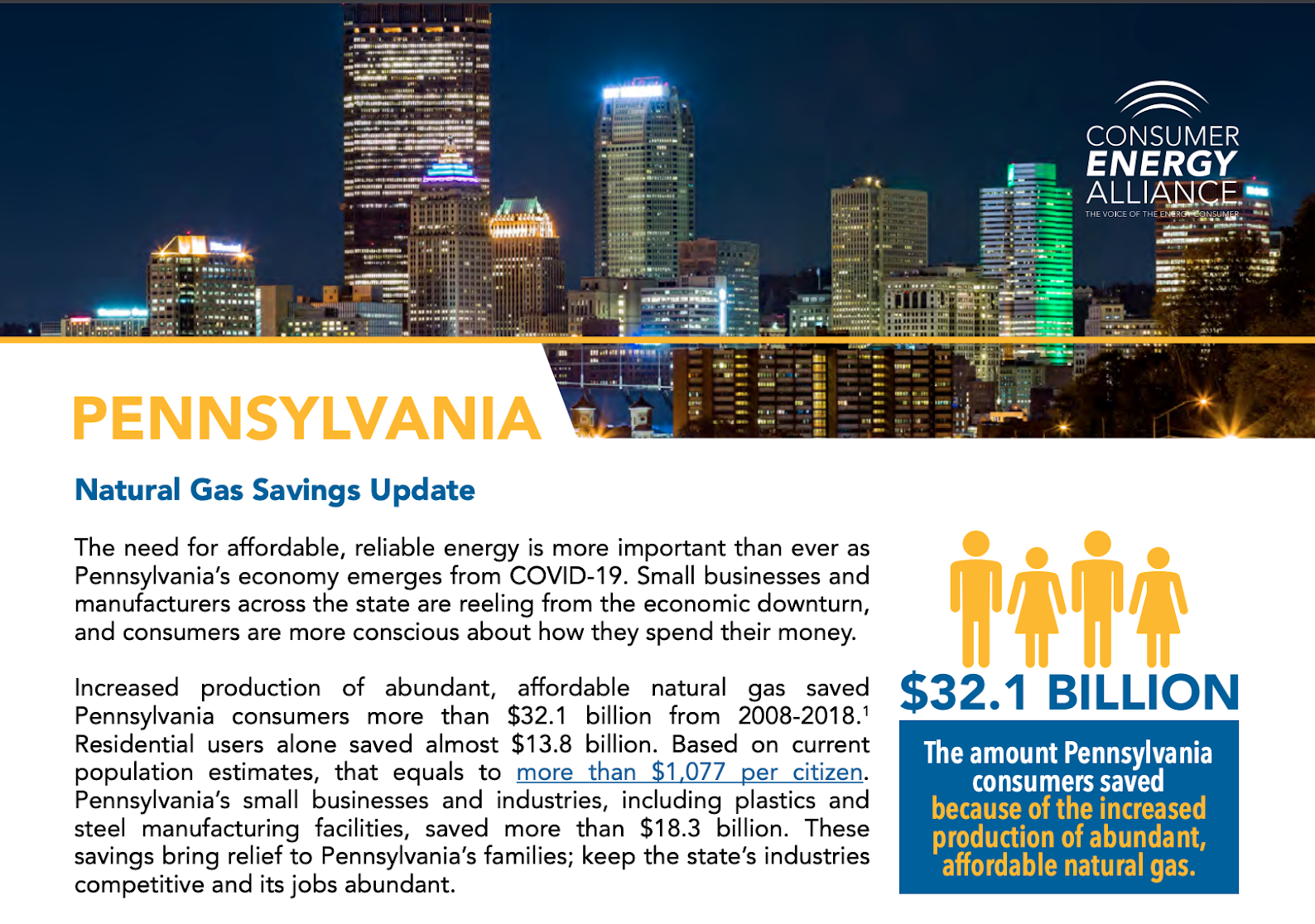 Natural Gas is a Principal Driver of Our Current Inflation

Given that natural gas price rises have historically outpaced increases in the rest of the economy, it’s not surprising that it is playing a leading role in our latest inflationary bout. In August 2022, the nation’s annual inflation rate was 8.3%, but electricity, which as we shall see in a moment is closely tied to natural gas, increased by almost twice that amount at 15.8%. And utility gas—the kind piped into your home to power your furnace and other gas appliances—rose by four times the overall rate at 33%. In fact, the only sector to increase in price by more than natural gas was fuel oil.

The Energy Information Administration’s most recent “Short Term Energy Outlook”, released on September 9, 2022, found that residential electric rates are likely to climb by 7.5% this year, nearly double last year’s rate increase. The STEO attributes the increase to natural gas, saying, “Higher retail electricity prices largely reflect an increase in wholesale power prices driven by rising natural gas prices.” Pennsylvania is likely to be hit even harder because over half of electricity is generated from natural gas as compared to only 39% nationally. 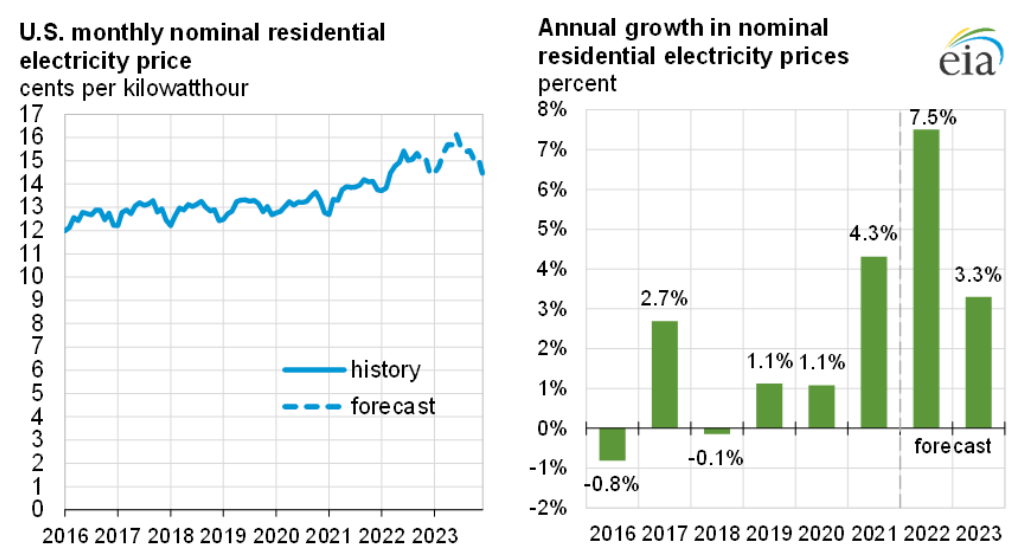 The rising price and price volatility of natural gas are among the reasons the STEO suggests that natural gas’s share of electricity generation may have peaked and will go into decline as clean, low-cost renewable energy, which, unlike gas, is not subject to commodity market volatility, continues to rise.

Like all commodities, natural gas chases the highest price, wherever it can be found. But for decades natural gas couldn’t travel very far. Nearly all of our international trade in natural gas was conducted by pipeline with our economically stable neighbors Canada and Mexico.

Then, in 2016, we began transporting liquified natural gas by ship to markets in Asia and Europe where prices were higher. And when in 2020 European and Asian prices started skyrocketing, American exports skyrocketed along with them.

At first, the impact on domestic prices of increased access to international markets was modest due to immense production capacity, particularly in Appalachia, and because of the economic downturn caused by the Covid epidemic. But, coming out of the epidemic and with the Russian invasion of Ukraine and the associated drop in Russian gas deliveries, prices in Europe and Asia spiked.

So, despite the fact that there is no major increase in North American natural gas demand, prices are rapidly rising as producers direct as much production as they can to more profitable overseas markets. And domestic prices would be even higher than they already are were it not for supply chain constraints that limit the amount of natural gas that can be exported, especially from Appalachia, which is landlocked and where pipeline “take away” capacity is still limited.

That point was demonstrated quite powerfully when, in June, the Freeport Liquified Natural Gas Export Terminal in Texas was shut down by an explosion resulting in an immediate drop in US export capacity and accordingly in domestic natural gas prices. The malign influence of increased access to global commodity markets on US natural gas prices was explained in a September 1, 2022 piece in Barons by Clark Williams Derry who writes:

“As the U.S. exports more and more gas, there’s less supply left for domestic consumers. Gas utilities, power companies and gas-dependent industries now must compete with one another for the remaining gas supplies.”

These facts fly in the face of claims by the oil and gas industry and many sympathetic politicians such as West Virginia Senator Joe Manchin who argue that increased pipeline capacity and increased production will bring down prices and contribute to American “energy independence”. A November 2021 ORVI blog post explained the sordid history of the myth of energy independence which was born in the 1970s and 80s.

“We were told and many of us believed that energy independence was an existential necessity. But the funny thing is that the term “energy independence” never actually had a fixed meaning. The way in which it was talked about by politicians, starting with the president, and understood by most listeners was that America could, over time and with the help of the right policies, reach a stage at which we could produce enough energy domestically to meet our needs and foreign nations, principally the Organization of Petroleum Exporting Countries (OPEC) and its member states, would cease to be in a position to dictate how much energy would be available to Americans and at what price. If OPEC tried to ratchet up the price of oil, we would be in a position to say, “Keep your damn oil, we can produce all we need without you.”

“But, if that was the concept politicians were selling and we were buying, it was never the one that American oil companies considered for even a nano-second. Why should they? Every time OPEC slashed production and prices rose on global markets, American producers saw profits skyrocket and, unlike OPEC, they didn’t have to reduce production volume to collect the bonus. The OPEC nations may have profited from restricting supply, but American oil companies profited even more.”

Nothing has changed. And, to the degree the US continues to build out pipelines and other infrastructure that give US production access to Europe, Asia, and other regions, the prices we pay for natural gas and electricity produced using natural gas will be set by global commodity markets.

PA is the second largest gas-producing state, but we haven’t gotten “a bargain”

In the last year, Pennsylvania prices, while still rising, have fallen about 11% behind those of the nation. However, that owes primarily to the lack of pipeline “take-away” capacity, which prevents gas produced in Pennsylvania from reaching even higher-priced global markets, resulting in a glut here. But, as we’ve seen before, such as in 2016, deviations from national prices levels tend to be temporary and evaporate quickly.

Inflation is only a figurative disease, but natural gas also contributes to literal diseases

A 2020 report that was sponsored by the Rocky Mountain Institute, Physicians for Social Responsibility, Mothers Out Front, and the Sierra Club found that:

“Burning gas in buildings is not only a threat to climate action but also to human health, as these appliances are sources of indoor air pollution. Gas stoves, particularly when unvented, can be a primary source of indoor air pollution. What’s more, a robust body of scientific research shows the pollutants released by gas stoves can have negative health effects, often exacerbating respiratory conditions like asthma.”

The report cited indoor air pollution levels associated with gas ovens and compared them with health standards published by the United States, California, Canada, and the World Health Organization.

Expanding US natural gas production and transportation capacity in order to meet demand in higher priced global markets will drive down prices in those markets, but only at the expense of raising them here in the US. If that’s the way we play it, we will guarantee that natural gas’s 48-year run of above-average inflation will continue. Or we can mitigate natural gas inflation by reducing our dependence. Switching to lower-cost clean energy alternatives and embracing energy efficiency will be much better for our health and our bank accounts.