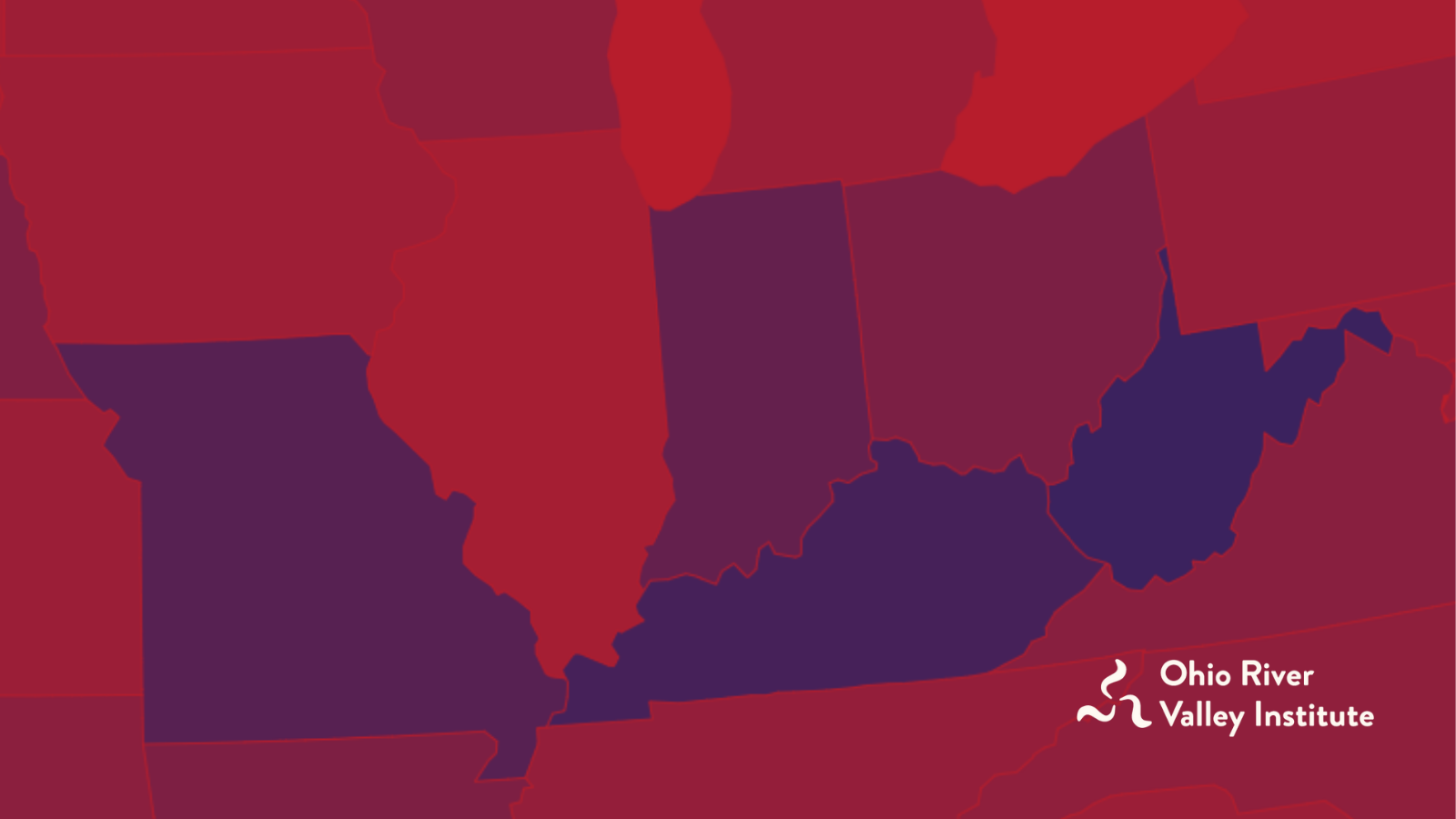 New Ohio River Valley Institute research finds that the broad-scale adoption of carbon capture, use, and sequestration (CCUS) would come with a price tag upwards of $100 billion dollars per year. A bevy of proposed legislation in Congress would hoist that bill on regular taxpayers and ratepayers. What would CCUS adoption mean for your wallet? Keep reading to find out.

Carbon capture, use, and sequestration is the process of collecting and compressing carbon dioxide (CO2) from high-emissions sources, like coal-fired and natural gas-fired power plants, for reuse or storage underground. CCUS adoption would be concentrated in states that primarily use coal and natural gas—and high-emissions power plants fueled by these materials— for power generation. The map below charts the fuel mix of each U.S. state. Darker states are more reliant on fossil fuels, while lighter states generate a greater share of their power from other energy sources. Where does your state stand?

CCUS is an expensive and largely unproven technology. Implementing CCUS at scale would increase the national cost of energy production by nearly a quarter. States reliant on natural gas and oil would see even greater increases. For example, implementing CCUS in coal-dependent West Virginia would raise the price of energy in the Mountain State by more than 63%.

If the cost of CCUS were to show up in your electric bill, implementing the technology would hammer the pocketbooks of many ratepayers across the U.S. Those living in states that rely heavily on coal and natural gas, like West Virginia, Kentucky, Colorado, and Alabama would take the hardest hit. Conversely, subsidizing CCUS with federal tax dollars would balance the cost for residents of all states, which means the low-carbon states, like Vermont, would be heavily subsidizing the high-carbon states.

To learn more, read "Carbon Capture, Use, and Sequestration (CCUS) Would Decarbonize the Electric System...in the Worst Possible Way."