The Ohio River Valley Hydrogen Hub: A Boondoggle in the Making 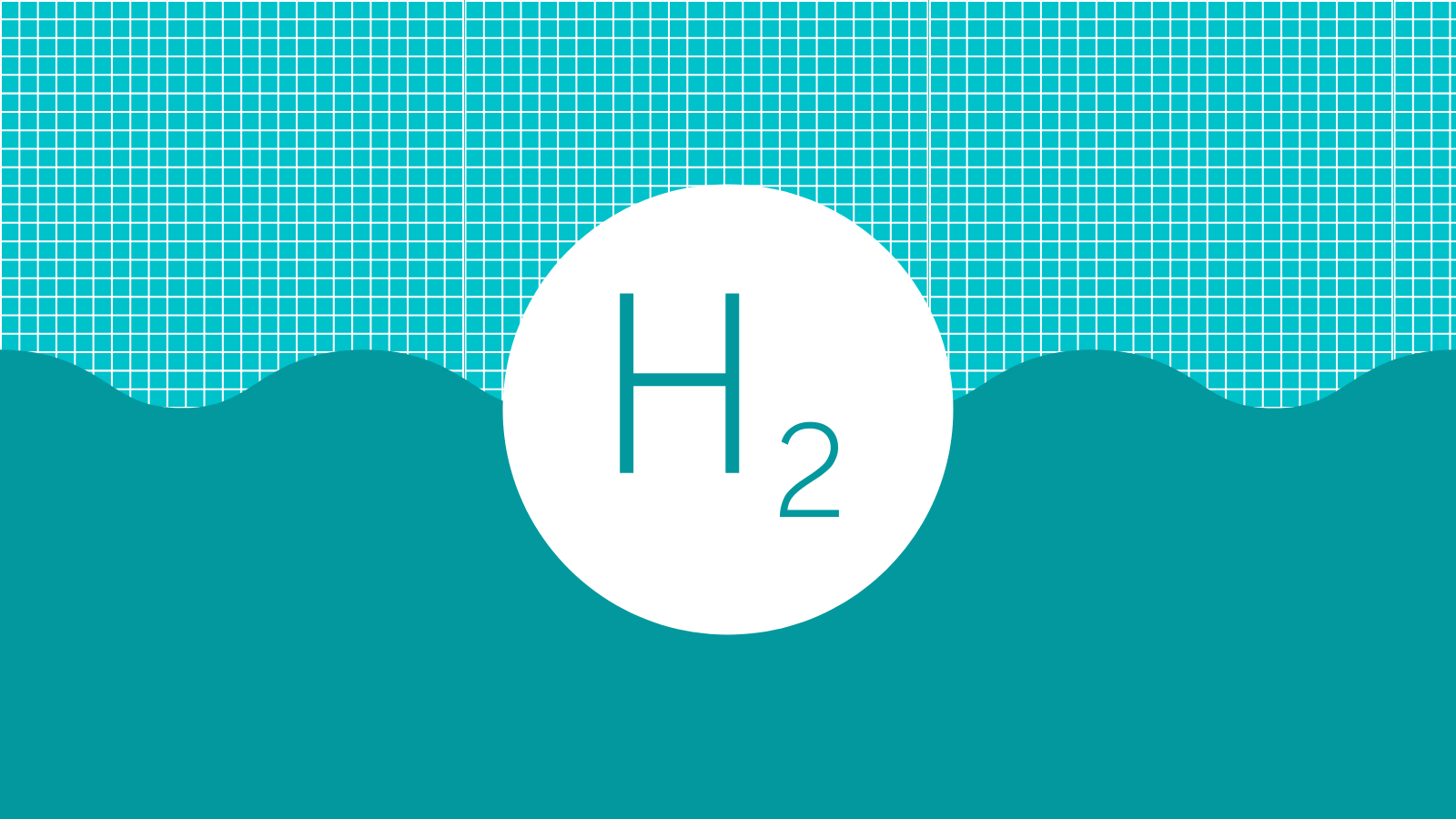 Senator Joe Manchin (D-WV) torpedoed the Build Back Better bill because, he said, it is too costly. But the fleet of hydrogen hub projects he is now promoting for locations around the nation, one of them in the Ohio River Valley, may cost nearly as much, they will drive up utility bills and create few new jobs, and they will miss a large share of the emissions they’re supposed to eliminate. They will also block less costly climate solutions that can create more jobs and actually eliminate climate-warming emissions the hydrogen hubs would only partially abate.

According to the White House Council on Environmental Quality, the hydrogen hubs, which have as their centerpiece massive pipeline networks that would funnel carbon captured from power plants and factories to injection points for underground sequestration, would cost between $170 billion and $230 billion just to construct. That figure is dwarfed by the additional investment in carbon capture technology that would have to be made by plant owners whose costs to operate and maintain their retrofitted plants would also rise significantly.

A recent Ohio River Valley Institute brief pointed out that retrofitting just the nation’s coal and gas-fired power plants for carbon capture and sequestration (CCS) would add approximately $100 billion per year to Americans’ electric bills, an increase of 25%. The cost of adding CCS to steel mills, cement plants, factories, and other carbon producing facilities could be that much or more.

You can move the cost around and even hide it, but you can’t make it go away.

The problem with CCS is that, because it’s an add-on process, it necessarily increases the cost of every product and service it touches. That includes the production of “blue hydrogen”— hydrogen derived from methane with partial emission reduction by means of CCS. No business wants to take on unnecessary costs, which is why, despite forty years of federal government funding for research and development, CCS and blue hydrogen are rarely found in commercial settings and, in the case of power generation, they are not found at all.

Consequently, even if the federal government invests hundreds of billions of dollars to build the pipeline infrastructure required to transport and sequester captured carbon, the putative customers of that infrastructure—power plants and factories—would still have no incentive to install CCS. In fact, they would put themselves at a competitive disadvantage by doing so.

The options for overcoming this problem are limited. A federal mandate could require plants and factories to adopt CCS. But that’s economically and politically difficult because it would trigger price increases across many industries and large ones in some sectors such as electricity. More popular among policymakers and, predictably, among affected industries are taxpayer subsidies that would cover most and, in some cases, all of the cost of installing and operating CCS.

The subsidization of CCS and blue hydrogen would have to take many forms. Proponents of the hydrogen hubs propose expansion of section 45Q of the federal tax code, which they would amend to increase the value of federal tax credits for the capture and removal of carbon. The White House Council for Environmental Quality (WHCEQ) also suggests that states can help by adopting off-take agreements for CCS-equipped power plants, which would guarantee that buyers would pay well-above market rates for the electricity the plants produce. WHCEQ also suggests that states can eliminate or reduce property taxes, severance taxes, gross receipt taxes, and sales taxes, among others. Finally WHCEQ recommends that states consider declaring CO2 storage to be in the public interest and assume long-term liability, thus insulating industry from environmental and health consequences and clearing the way for the exercise of eminent domain. Additional efforts have also been initiated by the Department of Energy, the Environmental Protection Agency, and shift to state agencies the permitting and regulation of carbon storage infrastructure.

None of these measures would eliminate or reduce the underlying cost of CCS and the hydrogen hubs. Many would increase it. But they would result in much of the cost imposed by CCS and blue hydrogen being recovered through our tax bills where it is less obvious.

With the possible exception of a few niche applications, CCS and blue hydrogen are uneconomic.

Even before the added cost of CCS, coal and, increasingly, gas-fired power plants struggle to compete with lower-cost renewable energy, which raises the question, why should government pay for a technology that would only partially abate emissions from coal and gas plants, when we can get less expensive power from renewable resources that produce no emissions in the first place?

The same point can be made with regard to blue hydrogen. “Green hydrogen”—hydrogen made from water through a process powered by renewable energy—is already nearly as cheap as blue hydrogen and, because it’s not an “add-on” process and is still near the top of a learning curve that is expected to greatly reduce its cost in the next few years, it is expected to become far less costly. Plus, it’s not susceptible to fluctuations in global commodity markets.

But, however hydrogen is made, it has limited application as an energy resource. Predictions that hydrogen will become a major fuel source for cars and light trucks and for the heating of homes are generally dismissed. In 2020, the Department of Energy’s National Renewable Energy Laboratory found that, even under favorable circumstances, the use of hydrogen in the energy sector is likely to increase by only two to four times by the middle of the century. Given that hydrogen only serves about 4% of our current energy needs, that amount of growth would leave its share of the energy market close to single digits.

Estimates by Hydrogen Hub proponents vary, but at the very least more than two-thirds of carbon captured and sequestered in the Ohio Valley is expected to come from coal and gas-fired power plants. But, if these retire or end up not adopting CCS because they can’t be competitive, then the CCS pipeline network and storage caverns would operate at a fraction of its expected capacity.

That would pose a major problem because hydrogen hub proponents envision that the CCS pipeline and storage network would be a federally-owned entity operating on the same model as the Bonneville Power Administration (BPA). BPA finances itself through the sale of power to its customers and the Ohio River Valley carbon hub would presumably do the same. But, if the customer-base and utilization rates for the proposed hub are significantly smaller than expected and the capital costs are the same, then even the generous federal and state subsidies that are already being proposed would be insufficient to enable the hub’s customers to cover the cost. In that case, even greater taxpayer subsidies would be required.

Even if the hydrogen hub were built, it would not stimulate major job growth or prosperity.

To the degree that hydrogen hub proponents acknowledge the project’s cost, they argue that its effects on jobs, climate, and the environment would make the cost worthwhile. Setting aside for the moment the fact that less costly, more effective solutions exist for those goals, it’s worth considering what the hydrogen hub’s actual effects would be.

The hydrogen hub’s most noticeable effect is that it would perpetuate coal and gas industries in the region and perhaps expand the latter. But that only amounts to locking in an economy that is already causing the region to shed jobs and population. Except for a temporary bump in construction jobs to construct the pipeline network, the hub would do nothing to create new jobs.

In contrast, clean energy transition with an emphasis on distributed generation and improvements to homes and buildings to achieve increased efficiency would likely stimulate job growth in the tens of thousands while also reducing utility bills, increasing disposable incomes, and improving the quality of life in both public and private spaces by making them safer and more comfortable.

That approach would also free up vast sums of money that could be used to compensate workers, families, and communities directly affected by reductions in fossil fuel industries.

The hydrogen hub would saddle the nation with significant unabated emissions and the Ohio Valley with continued local air and water pollution.

Perhaps the most damning fact associated with the hydrogen hub is that it would not do a very good job at the thing it’s supposed to do—eliminate climate-warming carbon emissions and other forms of pollution, which have long damaged the region and the health of its residents.

There are three gaping holes in the carbon capture/hydrogen hub environmental net. First, the hydrogen hub and the production of blue hydrogen would do nothing to mitigate upstream emissions associated with the extraction and transportation of natural gas and methane. Second, even after CCS technologies have been installed and put into operation, they are expected to capture only about 90% of plant and factory emissions. Existing pilot projects often capture far less than that.

Finally, depending on the type of CCS technology that is deployed, pollution from nitrogen oxide, volatile organic compounds, and other hazardous pollutants continue and may worsen.

It’s not the first time some hydrogen hub backers have taken the Ohio Valley down the path of grandiose visions that were unfulfilled or went terribly wrong.

As mentioned earlier, the greater Ohio River Valley has been tantalized before by the prospects of new industries and technologies that would produce job growth and bring prosperity to a region that has suffered from decades of depopulation and job loss. The Appalachian natural gas boom was one such instance, but it has had little impact on jobs and population.

Years later we were told an imagined Appalachian petrochemical cluster would usher in what the Department of Energy called a “manufacturing renaissance” in the region. But the petrochemical buildout has not advanced beyond construction of the Shell ethane cracker in Beaver County, Pennsylvania, which has had minimal economic impact. And the once highly touted Appalachian Storage Hub also failed to materialize.

Many of the same voices that promoted those failed visions are now championing the Ohio River Valley Hydrogen Hub. And they have a new prominent participant. Former Obama administration Energy Secretary, Ernest Moniz, is ubiquitous in hydrogen hub advocacy. His work and that of his organization, Energy Futures Initiative, was cited by the White House Council on Environmental Quality. He co-authored hub-related reports as part of the Labor Energy Partnership, and he was a keynote speaker at the Ohio River Valley Hydrogen and CCS Hub Market Workshop, which was attended by Senators Joe Manchin (D-WV), Shelley Moore Capito (R-WV), and Sherrod Brown (D-OH).

Mega technological projects are a passion for Dr. Moniz, many of which have become mega busts. Dr. Moniz was a major proponent of expansion of nuclear reactors at Plant Vogtle in Georgia, a project which was initially supposed to cost $14 billion and go online by 2018, but which now has a price tag of over $30 billion and isn’t expected to come online until 2022.

Dr. Moniz also championed what was supposed to be the $7 billion Kemper coal gasification project in Mississippi. But, after years of delays, the plant never operated as promised, its cost ballooned by more than $4 billion dollars, and last year, Kemper’s owner, Southern Company, gave up and began demolishing the plant’s gasification equipment.

The bottom line is, whether the goal is emission reduction, jobs, or affordability, the proposed Ohio River Valley hydrogen hub is a bad solution that gets in the way of good ones.