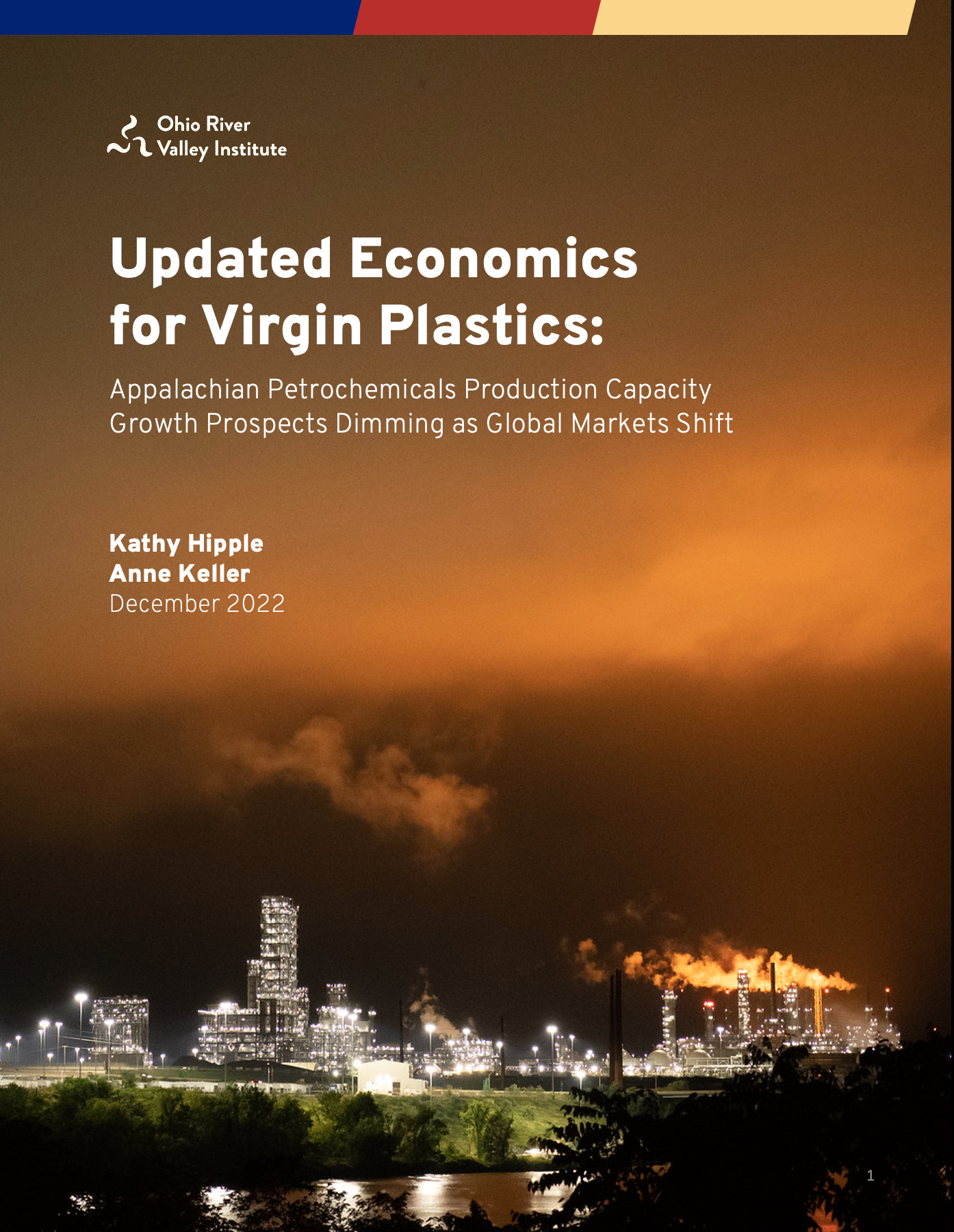 by Kathy Hipple and Anne Keller

In November 2022, Shell officially began production at its long-anticipated ethane cracker plant in Beaver County, Pennsylvania, churning out lentil-sized resin pellets, known as nurdles, by the ton. When it reaches full capacity, the complex will “crack” ethane into 3.5 billion pounds of plastic each year.

For more than a decade, policymakers and industry boosters have claimed Shell’s mammoth plastics facility would spur economic growth and renewed business investment, revitalizing the region’s economy. But data show that the project’s development has failed to deliver local prosperity thus far—since the plant’s announcement in 2012, Beaver County has fallen behind Pennsylvania and the nation in job growth, business development, population, and nearly every other measure of economic activity.

Not likely, this report finds. The global petrochemical industry is facing a severe “cycle low,” raising serious questions about the viability of new petrochemical development in Appalachia and the profitability of Shell’s Beaver County cracker. Here’s how the market has changed:

These market shifts have eroded the profit margins of petrochemical facilities like Shell’s. From 2021 to 2022, ethane “cracking” margins—the difference between the value of the ethylene produced and the cost of ethane feedstock—plummeted by 90%, and Shell’s petrochemicals division earnings dropped by $2.3 billion as capacity fell by 8%. The commodity plastics Shell’s facility creates are particularly vulnerable to market downturns, research shows.

In Appalachia, the natural gas industry is pivoting away from floundering petrochemical prospects. Natural gas producers that haven’t expanded beyond the region, like EQT, Range Resources, and Antero, are turning to other ventures, like liquified natural gas and blue hydrogen, in a last-ditch attempt to salvage their bottom line.

Today, it’s clear that the petrochemical “renaissance” once envisioned for Appalachia has largely failed. Plans for a sprawling regional build-out, complete with a network of world-class and small-scale ethane crackers, hydrogenation plants, an Appalachian Storage Hub, and 500 miles of new pipelines, were supposed to create more than 100,000 new jobs in the region. Shell’s Beaver County plant is the only remnant of this grand vision. Eroding plastics demand and a shaky global plastics market indicate it may be the region’s last petrochemical facility.