Allegheny County Executive fumbles with falsehoods in his response to protests 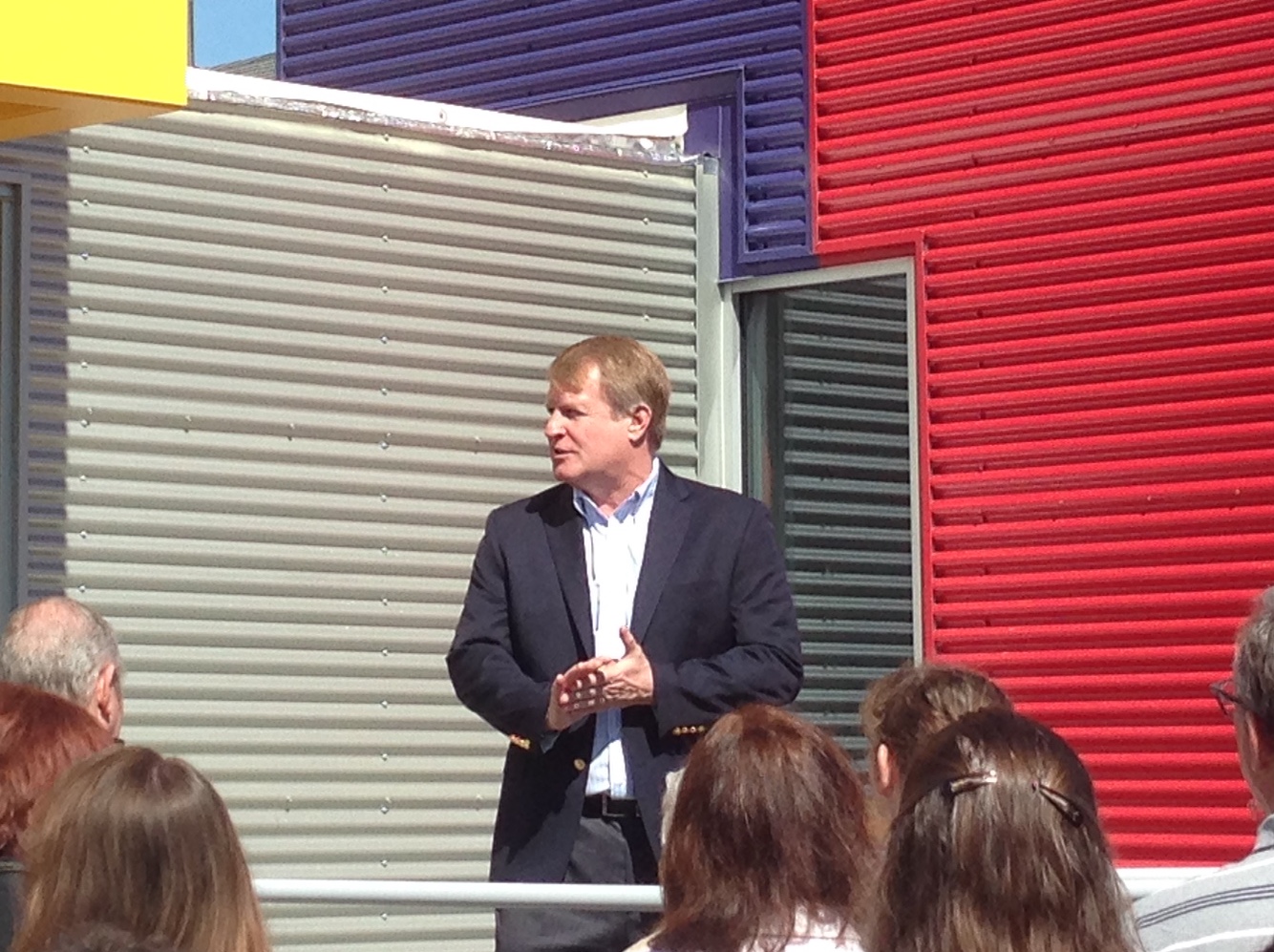 In response to Pittsburgh protests over fracking and petrochemical development in the region, Allegheny County Executive Rich Fitzgerald uttered a string of half-truths and factual distortions about the impacts of the industry. As a corrective to Fitzgerald and other industry boosters, the Ohio River Valley Institute is offering here a fact-based response.

According to Don Hopey’s reporting at the Pittsburgh Post-Gazette:

[Fitzgerald] said, “Marcellus Shale gas development has totally revitalized the region’s economy,” and Shell has invested $7 billion in the cracker plant, and billions more has been invested in pipeline infrastructure projects.

The facts say otherwise. Since the start of the fracking boom, the major gas-producing counties in Pennsylvania have seen declines in their share of national jobs, income, and population. (The same is true for the most prolific gas counties in Ohio and West Virginia.) That’s right: the places that hosted most fracking fell behind their neighboring counties, their states, and the country.

It’s true that Shell is spending a lot of money on the cracker plant under construction in Beaver County, but it’s not like the oil giant is spending it locally. In fact, the vast majority of the corporation’s “investment” is going elsewhere, which is part of the reason why Beaver County employment has actually fallen. According to the US Bureau of Labor Statistics, the county boasted some 85,000 workers in the mid-2000s, but that number had fallen below 80,000 by the time the pandemic hit in early 2020.

“We’ve seen a 70% reduction in home heating costs,” Mr. Fitzgerald said. “For the poor and vulnerable, nothing else, not health care, not transportation, not housing, one of the essentials, comes close. The benefits have been tremendous.”

Nope. Fitzgerald seems to be using some outdated industry talking points, but they are not true. In fact, a look at the history reveals that gas prices have spiked and collapsed, but on net, since 2000, Pennsylvania families have seen their natural gas prices climb steadily. Worse yet, according to the US Energy Information Administration, Pennsylvania families face home heating gas prices that are about 7% higher than they are for average Americans. Despite putting up with the many impacts of fracking, Pennsylvania residents pay more for their home heating fuel than residents of states in the Upper Midwest—including Minnesota, Michigan, Wisconsin—and the Pacific Northwest—including Idaho, Oregon, Washington—where natural gas drilling is either nonexistent or very limited.

It’s the same story with the utility bills that households face each month. Pennsylvania families pay more each month than the national average. They even pay more than their colder fracking-banning neighbors in New York state. And, since the fracking boom started, residential electricity prices have actually gone up faster in Pennsylvania than in the rest of the United States. So contrary to Fitzgerald’s assertion, the poor in Pennsylvania are getting a raw deal. It’s worth noting, too, that Pittsburgh ranks second among metropolitan areas where African Americans spend the greatest proportion of their income on energy bills.

“I believe in climate change and advocate very much in favor of getting off fossil fuels,” he said. “But we need to do it strategically.”

It’s hard to know where to begin with this one because Fitzgerald’s “strategic” plan to get off fossil fuels seems to involve pushing for new, long-term plans for more oil, gas, and petrochemicals. Which is exactly the opposite of what climate scientists and energy experts recommend. In fact, the International Energy Agency says achieving climate goals means there should be zero new oil and gas fields approved for development. That’s the strategic approach.

It’s also a popular approach: by large margins, Pennsylvania voters want to ban fracking. So if Fitzgerald sincerely wants to move away from fossil fuels, as he says he does, then, he should have no problem doing exactly what protesters asked of him in their petition: withdrawing his support for fracking and petrochemical development.

To be fair, Fitzgerald’s rosy distortion of the industry is nothing new. It goes back much further than this week’s protests. For example, in a pre-election 2020 story the Morning Call:

…Fitzgerald said. Fracking “changed everything. I mean literally. It brought tons of wealth into the community. We actually had people coming here from other places.”

Yet this too is not supported by the evidence. According to the US Census Bureau, the fracking boom in the Ohio Valley corresponded to an exodus. From 2010 to 2019, all eight metropolitan statistical areas in the Ohio Valley lost population—it is true of both Pittsburgh and Allegheny County. But since fracking rigs started showing up in the Marcellus, peer cities just outside the region flourished: Philadelphia and Columbus, Indianapolis and Louisville all added people steadily.

Or take a look at his 2019 defense of the petrochemical buildout as reported by the Pittsburgh City Paper:

“For anyone to think that the growth of this region happened without this industry is just flat wrong.”

That sentiment is hard to square with the reality of the vaunted petchem buildout: that manufacturing employment in the Pittsburgh area is now at its lowest level in modern history, and possibly ever. In fact, despite being lavished with record-breaking subsidies, Shell’s cracker plant in Beaver County has yet to attract even a single new manufacturing plant to the region, very much contrary to the promises of boosters like Fitzgerald.

Let’s hope Fitzgerald soon comes to terms with the facts about the region’s experience with fracking and petrochemicals. Because his failure to acknowledge reality seems to be doing great harm—and the region deserves much better.