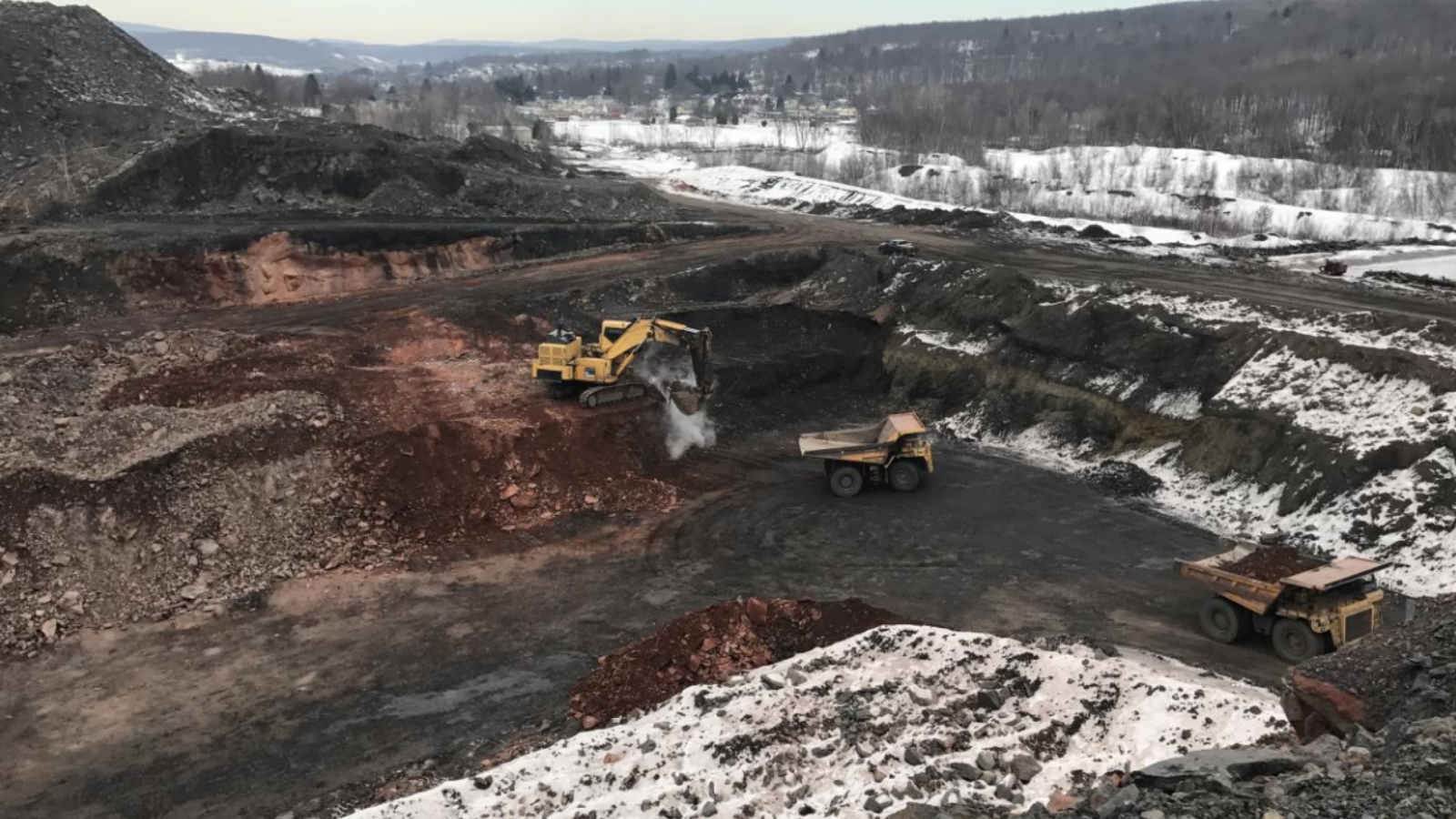 Congress made an historic investment in coal abandoned mine land (AML) cleanup with the Infrastructure Investment and Jobs Act (IIJA). In the coming months, the Office of Surface Mining Reclamation and Enforcement (OSMRE) will issue the official guidance regarding implementation of the new IIJA AML money, and hopefully that guidance will provide clarification on some aspects of the bill’s language.

Alongside Appalachian Citizens’ Law Center, Appalachian Voices, and others, ORVI has developed a set of recommendations regarding the program. Providing clear guidance along the lines of what is included in these recommendations could give state and tribal agencies clarity in how to implement this law as well as establish a good system for tracking progress in advance of the 2028 report to Congress that the IIJA requires of OSMRE.

ORVI has also provided background on the bill, how the new investments compare to the damage that needs to be cleaned up, and estimates of jobs that will be created to do the cleanup. In the coming weeks, we’ll explore the workforce aspects of the program.

One problem with the IIJA is that providing IIJA AML grants to certified states incentivizes them to not spend their standard AML money on coal AML cleanup, as Appalachian Citizens’ Law Center and others have noted.

A state or tribe’s AML program can be deemed “certified” by OSMRE through a legal process that theoretically (though not always in practice) means that the state/tribe has no coal AML problems remaining (more on the convoluted certification system here). States and tribes often seek certification status because once a state/tribe is certified it can use its standard AML funds more flexibly (ie. on projects that are not coal AML cleanup). A 2017 Inspector General report concluded that certified states/tribes had not prioritized coal AML cleanup with their AML funds.

Wyoming, for example, is certified by OSMRE and has $114 million in outstanding AML damage as of 2020. But the Inspector General report found that only 29% of Wyoming’s AML funds from 2008-2012 were spent on coal AML cleanup. Based on this year’s IIJA grant distributions, Wyoming will receive an estimated $145 million in IIJA AML funds over 15 years (which it is required to use on coal AML reclamation) on top of continuing to receive standard AML grants (which it can spend flexibly). This could incentivize the state to pile the coal AML cleanup projects into the IIJA AML grants, leaving the state to use its standard AML money on non-coal cleanup– an impact contrasts with the IIJA’s intent.

Accordingly, we recommend OSMRE both a) not deliver an IIJA AML grant to a certified state if the standard AML grant that state receives exceeds the outstanding AML damage in that state, and b) reiterate in guidance that even certified states must use IIJA AML funds strictly on coal AML cleanup. (tribal nations with AML programs certified by OSMRE have a relationship to the federal government and OSMRE that is categorically different—both legally and historically—than states and thus merit more flexibility.)

A major downside to the formula for IIJA grants, as ORVI has examined, is that it won’t distribute funds according to need. It’s possible that states will receive more AML funds than they can spend—a risk that is perhaps strongest with certified states and tribes, given that by virtue of “certifying” they’ve signaled that they have few AML problems left—but it is more likely that most states and tribes will over the next 15 years find enough AML problems on which to spend all of their IIJA funds. Without further guidance from OSMRE, however, the IIJA AML grants could enable certified states to spend more of their standard AML grants on non-coal AML reclamation.

OSMRE should clarify the process for returning and redistributing unused funds

While it is unlikely that states/tribes won’t spend all of their IIJA AML grants, it is important for OSMRE to prepare for that possibility and clarify the processes for returning unused funds and then redistributing them. Suspiciously, the IIJA doesn’t explicitly include a provision that would end annual grants to a state or tribe even if it has cleaned up all of its AML damage. That could theoretically create a scenario where millions of dollars in grants pile up in a state’s coffers for years, not to be touched until sometime around 2036 to 2041. Why allow for the opportunity for that money to linger in state accounts where it couldn’t even be used? We recommend funds unused and uncommitted after a five-year expenditure window be returned to the AML Fund.

Eventually unused funds are to be returned to OSMRE to be “redistributed.” But the IIJA is totally silent on how funds are to be redistributed. (Given that this language in the bill wasn’t added until the final version, I have to wonder if it was written in haste and not given the attention that other parts of the language were given.) We recommend that OSMRE provide guidance that would redistribute the funds based on the proportion of unreclaimed AML damage in a state or tribal nation—a formula borrowed from the RECLAIM Act that was developed over many years and saw broad bipartisan support.

New money should be eligible for AMD set-aside accounts

With standard AML grants, states and tribes have the option of putting up to 30% of their grant in an AMD Set-Aside account. These accounts allow the state to reserve funds for the long-term costs associated with operating and maintaining systems that perpetually treat acid mine drainage (AMD) in polluted waterways. (Learn more about AMD here and here.)

Though OSMRE has not yet issued official guidance, speculation and statements from OSMRE suggest that while IIJA AML grants can be used on standalone Priority 3 AMD projects, the money cannot be placed in a state or tribe’s AMD Set-Aside account. We urge OSMRE to reconsider and, if needed, Congress, to take action to allow the funds to be placed in AMD Set-Aside accounts like standard AML grants.

The time has come for an update of the AML inventory

The IIJA includes a $25 million carveout for updates to the AML inventory. This is a welcome provision to update a sorely-outdated inventory, though $25 million probably won’t be enough to get the inventory into the shape it really needs. This carveout is half of the $50 million that was included in Manchin’s initial proposal (which was itself borrowed from the Booker-McEachin bill).

The official inventory lists a little more than $11 billion in AML costs. The $11.3 billion in AML appropriations in the IIJA was supposed to reflect this figure—the size of the remaining inventory. But using the official estimate as the total cost of remaining AML damage is misleading, despite the fact that many officials and journalists continue to characterize it as such. Everyone from advocates to state AML officials to the top brass at DOI know that the official number in the inventory is wildly incomplete.

In testimony before Congress in 2021, DOI representative Tanya Trujillo acknowledged that “Given cost increases, the continual discovery of new abandoned mine hazards, and emergency situations that arise, even the one-time infusion of funds provided by the legislation and the existing balance in the Abandoned Mine Reclamation Fund will not be enough to address the complete inventory of work that needs to be done. ” Last year ORVI estimated what the true cost of AML damage might be, and estimated that it is likely between $21 to $34 billion.

Updating the official inventory can improve planning and administration, and potentially funding of the program in the long-term. The IIJA is short on specifics in terms of inventory updates. Alongside partners, we recommend that OSMRE prioritize adding to and validating entries in the inventory, but also updating old cost estimates, adding estimated design and administration costs, and incorporating new aspects.

For example, we recommend OSMRE develop guidance for how to quantify methane emissions from AML sites and update the priority ranking of those sites accordingly. When the inventory was created, greenhouse gas emissions were of little consideration to the program, but updating this system to understand to what extent and where AML problems are emitting methane or other gasses could now help the Administration better meet its climate-related goals.

We also recommend updating the inventory to increase the accuracy of long-term AMD treatment costs, and to add labor and socioeconomic data to reporting requirements and thus the inventory. These and other recommendations regarding the inventory are provided here.