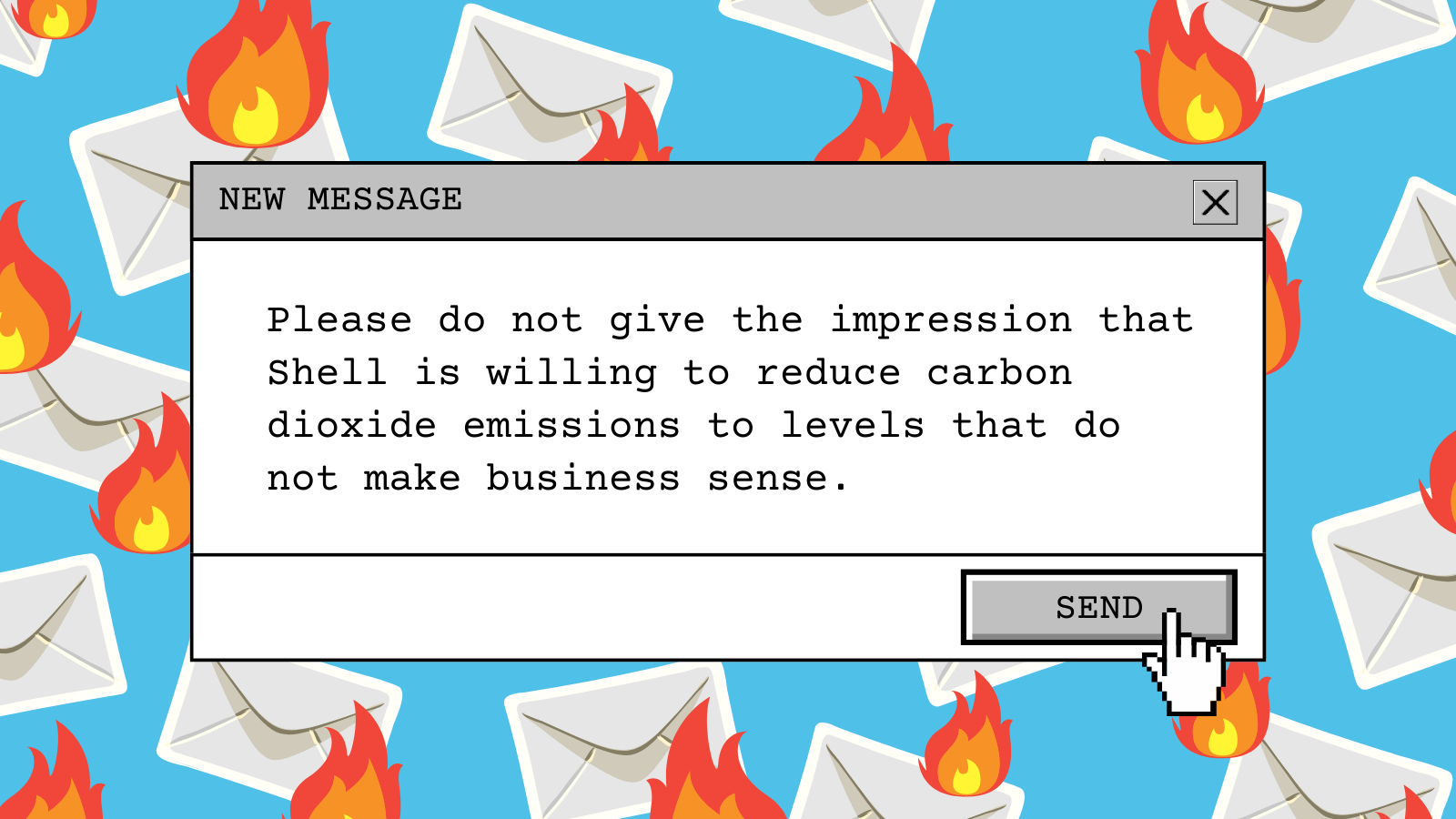 Fossil fuel companies are misleading the public about carbon capture technology, according to internal documents unearthed as part of an ongoing federal investigation into fossil fuel company misinformation. Private conversations between top employees of major oil and gas corporations reveal that the industry is pushing carbon capture as a climate solution, despite private acknowledgement that the technology is meant primarily to prolong and expand oil and gas drilling.

The US House Committee on Oversight and Reform’s new memorandum reveals startling insights into the industry’s carefully crafted campaign to sell at-scale carbon capture deployment as a viable climate solution.

“Please do not give the impression that Shell is willing to reduce carbon dioxide emissions to levels that do not make business sense.”

In recent years, fossil fuel companies have trumpeted dozens of pledges to reduce carbon emissions and help the world usher in a cleaner energy future. Shell’s widely publicized “climate target” claims the oil major will “become a net-zero emissions energy company by 2050” by “cutting emissions from operations, including the production of oil and gas, and by increasing energy efficiency [and] capturing or offsetting any remaining emissions.” ExxonMobil is also publicly eyeing net-zero emissions by 2050, claiming “investments in lower-emission solutions in which [the company] has extensive experience, including carbon capture and storage, hydrogen and biofuels.” Fossil fuel giant BP, the company that infamously rebranded to “Beyond Petroleum” before bailing due to resounding public pushback, has its sights on 2050, as well. In a 2021 interview on the Paris Climate Accords, BP Chief Economist Spencer Dale explained that “climate mitigation technologies, such as carbon capture, use and storage (CCUS)…will be important partners to gas in the drive to net zero.”

In their own words, fossil fuel majors are curbing emissions and combating the climate crisis at the front lines, wielding carbon capture as a silver bullet solution to a warming planet. But in reality? These squishy, CCS-based net-zero pledges are nothing but smoke and mirrors, according to the committee’s investigation.

Contrary to what their pledges imply, fossil fuel companies have not organized their businesses around becoming low-emissions, renewable energy companies. They are devoted to a long-term fossil fuel future.

Internal documents show BP, Exxon, Shell, and other oil and gas majors admit that the carbon capture and storage technology upon which their climate pledges are founded could “enable the full use of fossil fuels across the energy transition and beyond.” That’s the hidden truth about CCS that fossil fuel companies don’t want you to know—far from a climate solution, carbon capture is actually a Trojan horse for more drilling, more pollution, and more net carbon emissions.

There’s a reason why oil and gas majors are increasingly bullish on pro-climate messaging and duplicitous about the true intent of carbon capture. In a January 2018 employee briefing, BP laid out a series of key public messaging points on carbon capture, use, and storage (CCUS). Among the “challenges” for CCUS messaging? “Societal concerns with CCUS extending the use of fossil fuels.”

Recent public opinion research confirms that the public is broadly skeptical of oil and gas companies and their role in the climate crisis. About eight in ten (80%) Americans say the oil and gas industry is at least somewhat responsible for causing climate change, and six in ten (60%) say the industry is “mostly or completely responsible,” according to a 2021 YouGov survey. On the whole, it’s led to a bad rap for oil and gas majors. More Americans have a negative view than a positive view of Shell (32% vs. 24%) and Exxon (32% vs 22%), despite these companies’ attempts at climate-positive rebranding.

And despite the industry’s million-dollar investments in net-zero messaging and climate-positive rebranding, polling shows the public has called the industry’s bluff. A majority (55%) of Americans say that oil and gas companies have lied to suppress public awareness about climate change.

The industry’s solution? Even more deception, misrepresentation, and sleight of hand. An internal Shell email, daylighted as part of the federal investigation, warns executives that “we want to be careful to not talk about CCUS as prolonging the life of oil, gas or fossil fuels writ large.” Instead, industry representatives are privately directed to be as vague and deflective as possible on climate targets and “cagey about project specifics” to skirt accountability.

Carbon capture means more fossil fuels. But does the technology even work?

Exxon’s track record on carbon capture and storage should raise serious questions about the technology’s viability, the House Committee on Oversight and Reform notes. The company owns just one carbon capture facility in Schute Creek, Wyoming, which has consistently failed to meet capacity targets. Just 3% of the carbon captured by the facility has been effectively removed from the atmosphere and stored underground, according to research from the Institute for Energy Economics and Financial Analysis. The remaining 97% is either vented or sold to fossil fuel companies to help stimulate oil production, ultimately increasing net carbon emissions when that oil is burned. Experts estimate that Exxon may be capturing less than 1% of its total emissions through carbon capture technology.

But it’s not just Exxon. ORVI research shows that carbon capture technology itself is unproven and a poor means of reducing carbon emissions. The technology has been in development for more than four decades and received over 15 years of government subsidies for research and development, yet it’s still not used effectively in any large American power plant. And even in ideal, laboratory settings, carbon capture retrofits are only able to capture a maximum of 90% of plant and factory emissions, leaving millions of metric tons of CO2 unaccounted for each year.

Even worse, carbon capture does nothing to reduce the “upstream” emissions produced when fossil fuels are extracted, transported, and processed. The fossil fuel production that carbon capture is intended to prolong would thus continue emitting climate-warming emissions into the atmosphere entirely unabated, accelerating the climate crisis for generations.

A forthcoming decarbonization pathway, produced for the Ohio River Valley Institute by Strategen Consulting, describes how the historically fossil fuel-dependent region of Western Pennsylvania could slash its carbon emissions by at least 94% by 2035 with an accelerated transition to clean energy. By shuttering coal- and gas-fired power plants, rapidly deploying renewable energy generation, and investing in energy efficiency upgrades, the ten-county region sets the 1.5 degree Celsius target within reach, all while cutting costs and creating jobs far more effectively than pathways based on carbon capture and continued fossil fuel use.

In the meantime, the fossil fuel industry will continue to push deceitful messaging to maintain its bottom line. It’s up to us to stay wary of empty net-zero pledges and false climate solutions, like carbon capture and storage, and advance a true energy transition that will yield shared prosperity for all.