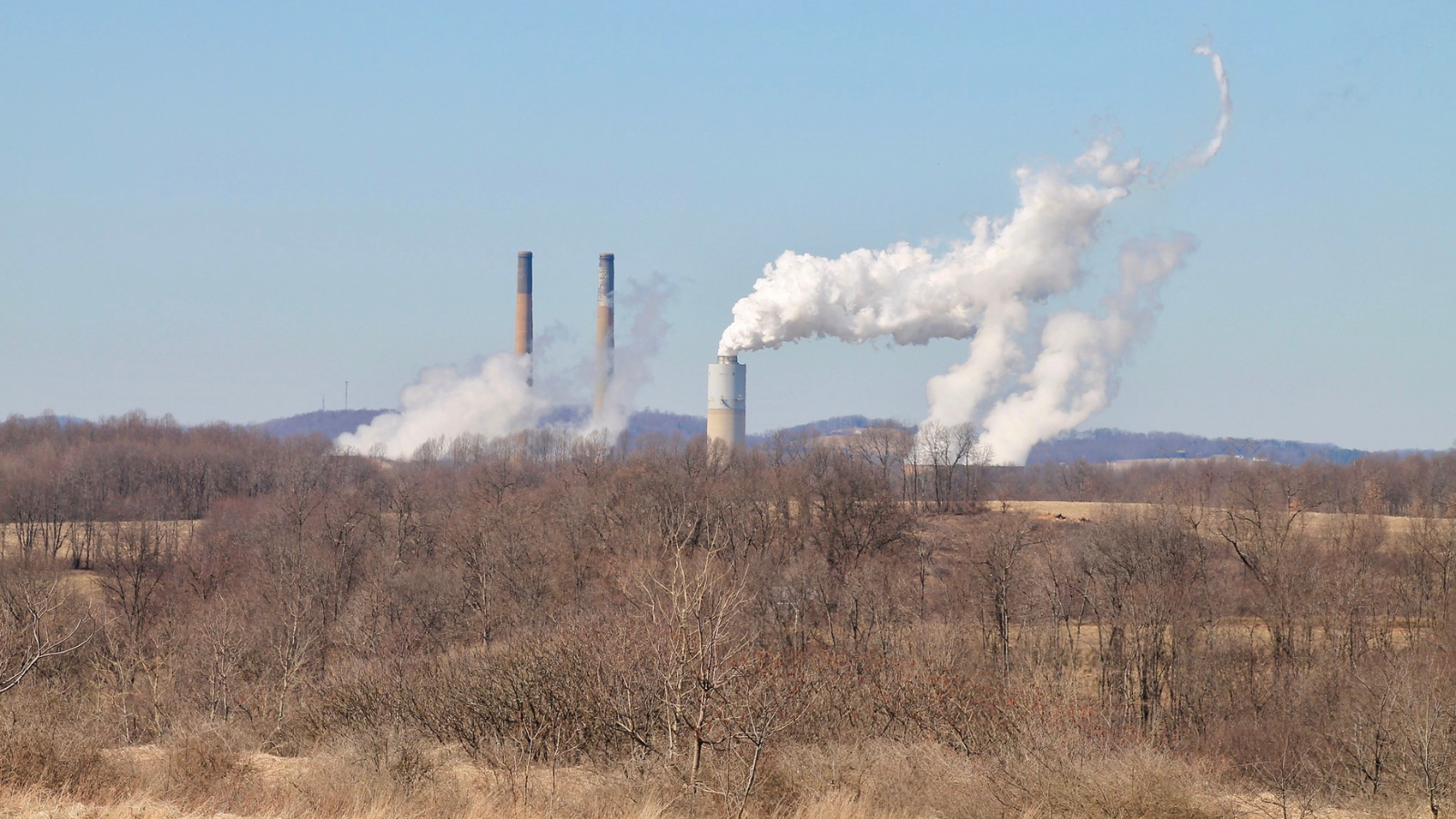 Last week, Pennsylvania Governor Tom Wolf signed into law House Bill 1059, an amendment to the state’s Tax Reform Code that, among other things, establishes subsidies for the development of a natural gas-based blue hydrogen and carbon capture hub. The bill earmarks $50 million annually in state tax credits for hydrogen hub developers, a move that Gov. Wolf claims will help decarbonize Pennsylvania’s economy, grow local jobs, and advance environmental justice. The gravity of this subsidy is only made clearer by Pennsylvania’s intent to establish the Decarbonization Network of Appalachia centered on the Commonwealth through a partnership with Shell US and Norwegian oil and gas company Equinor.

Research from the Ohio River Valley Institute shows that these assertions are unfounded. In fact, blue hydrogen hub plans are costly, unproven, and significantly less effective than other means of reducing climate-warming carbon emissions. In this blog post, we correct false, incomplete, or misleading claims made by supporters of blue hydrogen and carbon capture development as hype for these technologies escalates.

Fact: Even with billions of dollars outlined for hydrogen hub development, the massive expense of carbon capture and sequestration infrastructure makes hub plans unlikely to come to fruition. Public-private partnership Team Pennsylvania has outlined the most comprehensive “roadmap” of blue hydrogen-based decarbonization to date, yet their plan relies to a large degree on the willingness of markets and investors to buoy fundamentally uneconomic technologies like carbon capture. In Pennsylvania, almost 90% of capturable, “point source” carbon emissions come from coal- and gas-fired power plants—operations that are already struggling to stay out of the red, even before being retrofitted with costly carbon capture technology. These retrofits could more than double the cost of producing electricity, research shows.

Unmentioned in the Team Pennsylvania study is the massive cost that will be borne by ratepayers and taxpayers. Developing a hydrogen and carbon capture hub in Western Pennsylvania could cost every household in the Pittsburgh region $1,000 to as much as $3,000 or more each year in utility rate hikes or increased taxes to subsidize carbon capture and hydrogen production.

Ultimately, industry and policymaker interest in hub development places Pennsylvania and the nation at risk of pouring untold time and resources into a project that will, in all likelihood, prove infeasible. Pursuing blue hydrogen poses the risk of another fiasco like the tried-and-failed Appalachian petrochemical cluster, which has almost completely evaporated, along with its promises of economic prosperity, despite billions of dollars in subsidies.

Claim: Hydrogen can provide a way to quickly decarbonize hard-to-decarbonize industries, like steel and cement production.

Fact: Hydrogen is the most viable means to cut emissions from steel and cement production, but only green hydrogen, produced via renewables-powered electrolysis, can do so in a way that actually minimizes greenhouse gas emissions. Moreover, green hydrogen is likely to undercut the price of blue hydrogen worldwide by 2030, projections show.

Claim: A blue hydrogen hub will pave the way to a clean hydrogen economy.

Fact: Subsidies like those provided in HB 1059 will help ensure that blue hydrogen — and the fossil fuels its production relies on — outlives its economic competitiveness and unnecessarily locks in additional infrastructure, like carbon capture and underground storage, for years to come.

Through HB 1059, manufacturers within a designated hydrogen hub can receive a tax credit for purchasing natural gas as long as they commit to purchase “clean hydrogen” at a later date. However, this requirement only serves to obscure the true nature of this subsidy as a blank check to the fossil fuel industry since these tax credits can be granted regardless of whether the hydrogen hub is actually built. Once the Department of Energy has designated a hub, these companies are eligible to receive these natural gas tax credits whether or not the hydrogen hub is undergoing construction or operating.

Worse, the Department of Energy’s Clean Hydrogen Production Standard on which the state’s definition of “clean hydrogen” is based is — according to the DOE itself —  neither a regulatory standard nor a requirement that applicants must meet in order to receive federal hub funding.

Even if the hydrogen hub is ultimately built there are no safeguards at the state or federal level to deliver “strong environmentally protective requirements” or the enforcement mechanisms to ensure that the natural gas tax credit will sunset after “a year or two” as stated by Gov. Wolf in his letter detailing his support of HB 1059 and the hydrogen hub.

In either scenario, HB 1059 incentivizes the use of fossil fuels through the production of fossil-based blue hydrogen and the purchase of natural gas, ensuring a win/win scenario for gas producers at the expense of communities, climate, and the environment.

Claim: Pennsylvania and the nation are not positioned to fully curb fossil fuel use in the power generation sector because renewables may not be able to fill the energy gap, particularly during peak energy loads. We need every tool available, including hydrogen and carbon capture, to decarbonize the region’s economy.

Fact: Gas-derived blue hydrogen development, as well as the carbon capture technology that undergirds it, would prolong or expand carbon-intensive natural gas development in Western Pennsylvania. Even if carbon capture technology reduces some of the greenhouse gases emitted during hydrogen production—and estimates show the technology is only expected to capture 90% of point source carbon emissions, at maximum—it does nothing to address the release of methane, a greenhouse gas 80 times more potent than carbon dioxide, during natural gas extraction, processing, and transportation.

Team Pennsylvania’s hydrogen- and carbon capture-based decarbonization roadmap aims to reduce statewide emissions primarily through capturing carbon from the power sector. The plan fails to mitigate as much as 16.3 million tons of CO2 each year, likely missing the mark of limiting global warming to 1.5°C by 2050.

A viable, reliable, and cost-effective alternative is at our fingertips. A forthcoming decarbonization analysis for the ten-county Western Pennsylvania region demonstrates the first comprehensive pathway to minimize fossil fuel use and rapidly transition to zero-emissions renewables in the power generation sector, reaching carbon emissions reductions of 94% by 2035. The pathway, as well as other studies of large-scale renewable deployment, finds that renewable resources can provide more than sufficient capacity to support heavily electrified heating and transportation systems.

Fact: Despite its tacit framing as a community benefit in and of itself, the development of a hydrogen hub would worsen public health in impacted communities through the expansion of the fracking activity required for production of blue hydrogen. Fracking operations have been linked to heightened, hazardous air pollution, threats to maternal and prenatal health, childhood cancer, anxiety and depression, respiratory and organ damage, and premature death. Additionally, there are no safeguards at the state or federal level to deliver the “strong environmentally protective requirements” for the hydrogen hub as promised by Gov. Wolf.

Environmental justice communities already enduring the health risks of fracking development are most likely to shoulder the additional burden of hydrogen- and carbon capture-related natural gas demand. Public officials should invest in meaningful dialogue with impacted residents to understand how best to reduce environmental burdens and increase community benefits rather than privately negotiate fossil fuel subsidies marketed as climate solutions.

Claim: A blue hydrogen hub could create sustainable job growth and bring people to Pennsylvania, particularly in areas that have suffered from disinvestment and population loss.

Fact: An expansive hydrogen economy is unlikely to happen. Even if the hydrogen hub is built, it won’t spur lasting job growth or stimulate economic prosperity. Like the natural gas boom, hydrogen development may even have a net negative impact on jobs, population, and quality of life. That’s because many of the jobs associated with hydrogen and carbon capture development would come from expansions in natural gas demand and consumption, industries that data demonstrate are structurally incapable of creating sustained job growth.

Hydrogen is the smallest molecule in the universe, which creates pipeline integrity and leakage challenges throughout the existing U.S. natural gas infrastructure system. Nearly all transmission pipelines are made of high-grade steel and transport gas at high pressures. Under these conditions, hydrogen can exacerbate pipeline cracks and cause embrittlement, increasing leakage and explosion risks above certain case-specific concentrations.

Even the US Department of Energy, which has allocated billions of taxpayer dollars for hydrogen hub development, cites significant limitations on the ability of the current infrastructure to accommodate hydrogen.

Claim: Hydrogen could be a viable and cost-effective means of home heating or light-duty transportation.

Fact: Even if hydrogen could be pumped into homes using existing natural gas infrastructure, research shows that heating homes with hydrogen is far less efficient and potentially twice as expensive as heating homes with renewable-powered alternatives, like heat pumps, district heating, and solar heating. A peer review of 32 studies of hydrogen found that it was unlikely to play a major role in home heating, either as a full replacement for natural gas heating or as a blend with natural gas.

Electric vehicles are a far superior means of personal transportation relative to cars powered by hydrogen fuel cells, which are expensive, complex, and less efficient at transferring energy and additional investments in clean energy, rather than fossil fuel subsidies like those in HB 1059, can ensure that electric vehicles in Pennsylvania are driven by renewables rather than the current fossil-heavy grid buttressed by dirty, uneconomic gas and coal plants.

Joanne Kilgour, Esq. is an environmental lawyer and nonprofit professional with a passion for justice and democracy. Informed by her work with the Center for Coalfield Justice and the Sierra Club Pennsylvania Chapter, Joanne is committed to securing social, economic, and environmental policies that support communities while demanding long-term structural change.