Plans for Hydrogen and Carbon Capture Development in Appalachia

What's in store for the Ohio River Valley? 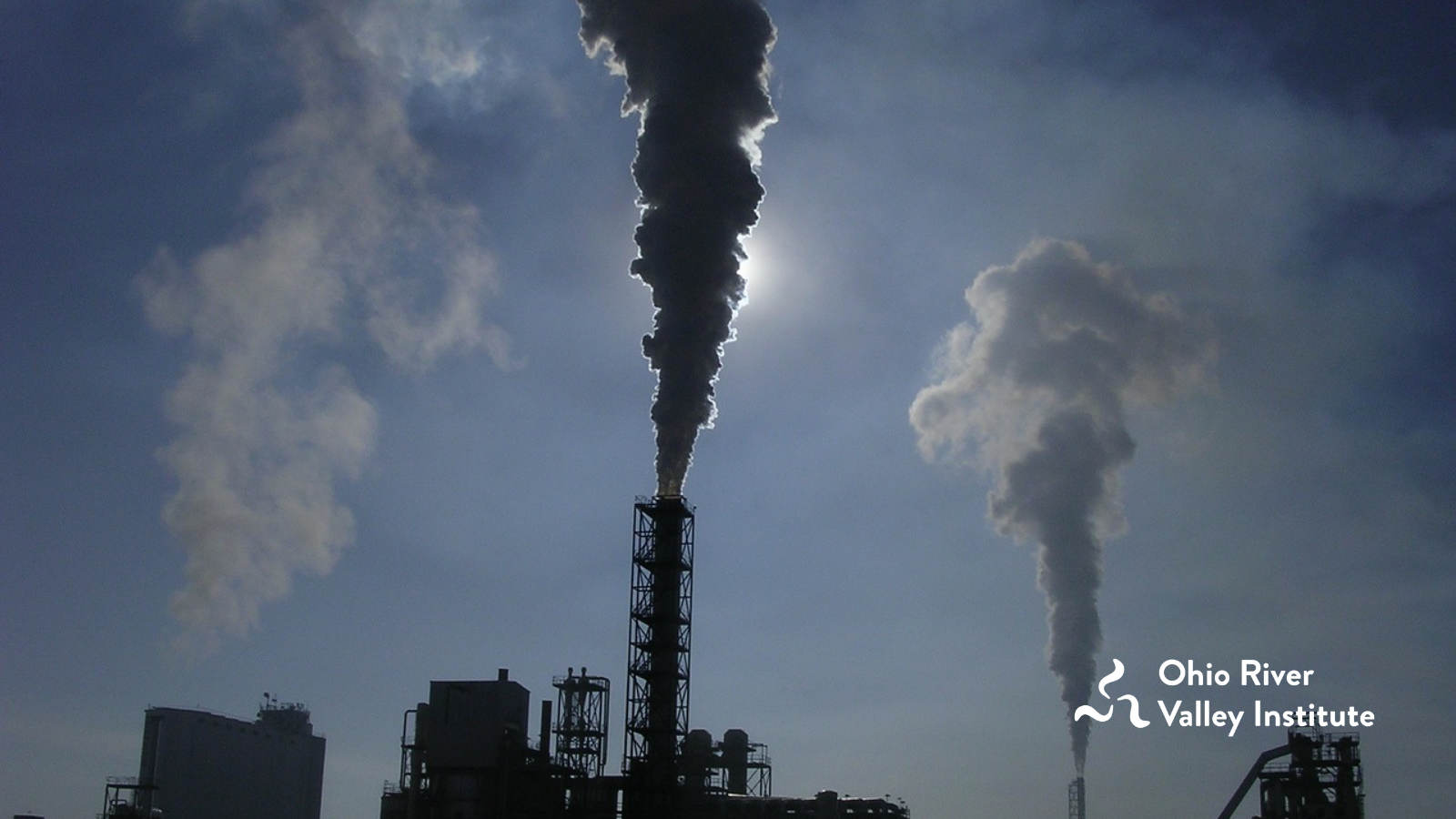 When President Biden signed the bipartisan infrastructure bill into law, he authorized billions of dollars in new federal spending to support the development of hydrogen and carbon capture utilization and sequestration (CCUS) across the country. Although the spending reflects the considerable hype enjoyed by these technologies as potential elements of decarbonization, the Ohio River Valley Institute has shown that there is good reason to worry both are a costly false promise. Research shows that, unless hydrogen and CCUS are constrained to a narrow range of applications, they will come at the expense of cheaper and more reliable climate solutions, while extending the lifespan of polluting industries like coal and fracking for natural gas.

Both technologies are likely to be deployed in various regions of the country, but there is reason to believe that Appalachia will play an outsize role, partly for political reasons. It’s a risky bet for a region that has struggled with rampant fossil fuel pollution and empty promises of economic growth.

Industry promoters are focusing on Pittsburgh and Appalachia. For evidence of that claim, look no further than the Alliance for American Manufacturing, a trade industry group advertising the claim that “the Ohio Valley is an emerging hub for carbon capture and hydrogen generation.” Some of the attention is doubtless related to the region’s physical geography: according to the Pittsburgh Post-Gazette, geologists estimate more than 300 years’ worth of Pennsylvania’s carbon dioxide emissions could be stored in rock layers under the state. In addition, underground salt caverns in West Virginia and southeast Ohio could potentially house large quantities of carbon dioxide.

So it was not surprising that in September 2021, former Energy Secretary Ernest Moniz promoted Appalachia’s centrality to the industry in a high-profile workshop and policy paper, “Ohio River Valley Hydrogen and CCS Hub Market Formation” organized by the Energy Futures Initiative. The following month, the Roosevelt Institute at Pittsburgh’s Carnegie Mellon University published a paper initiated by Moniz arguing for extensive hydrogen and carbon capture development in southwestern Pennsylvania.

The papers by Energy Futures and the Roosevelt Institute were published as Pittsburgh played host to a marquee Hydrogen & Carbon Capture Conference in the fall of 2021. A follow-up conference is slated for spring 2022, and in September, many of the world’s top energy ministers will meet in Pittsburgh where they are expected to take up consideration of hydrogen and CCUS development, among other topics. Before the 2022 events, the region’s economic development group, the Allegheny Conference is planning to produce a major decarbonization study conducted by McKinsey that will focus on hydrogen and CCUS in Appalachia.

Hydrogen and CCUS development projects are already underway in Appalachia

In fact, hydrogen and CCUS development projects are already underway in the region, especially in Pennsylvania. Lancaster County may soon see a “green” hydrogen facility powered by a dam on the Susquehanna River. In Clinton County, gas industry backers are proposing to build a complex of “blue” hydrogen and carbon capture facilities alongside new chemical production facilities and more fracking operations. And in the heart of northeast Pennsylvania’s fracking country, a proposed $6 billion gas-to-liquids project by Nacero would rely heavily on carbon capture technology in order to produce what the company claims is net zero emissions gasoline manufactured from natural gas. Yet the carbon capture demands of the project appear to be enormous: a slightly larger facility proposed by Nacero in West Texas is estimated to produce more than 5.7 million metric tons of carbon dioxide annually.

Elsewhere in the Ohio Valley, the backers of fossil fuel projects are pivoting to hydrogen, or claiming to. In Monroe County, Ohio, the operators of a power plant are proposing to transition their operations to green hydrogen over time, but in the near term they are planning to simply blend conventional hydrogen into their existing natural gas stream. Nearby, the proposed Mountaineer Storage project, which is designed to hold large volumes of natural gas liquids for petrochemical manufacturing, is now expressing public interest in storing hydrogen in its underground salt caverns. Meanwhile, US Steel and Equinor, a major Norwegian petroleum company, inked an agreement to study the potential for carbon capture and hydrogen in Ohio, Pennsylvania, and West Virginia.

Federal policy appears to be zeroing in on Appalachian development

In August 2021, a group of Congress members from Pennsylvania introduced a bill that would have directed federal spending to hydrogen technology. Introduced by US Representatives Mike Doyle (D-PA), Brian Fitzpatrick (R-PA), and Conor Lamb (D-PA), the bill would create a hydrogen R&D program and direct the Secretary of Energy to create a national strategy to facilitate widespread hydrogen development. The Pennsylvania-based legislation was likely obviated by the passage of the much larger bipartisan infrastructure bill, which passed Congress in November 2021 and appropriated $9.5 billion for hydrogen R&D. The infrastructure bill directs the Energy Secretary to select four regional hubs for hydrogen with a preference that at least two of them be located in gas-producing regions. It seems likely that one of the hubs will be located in the Marcellus-Utica region of Appalachia. Wherever these projects are located, converting existing fossil fuel infrastructure (pipelines, storage facilities, etc.) to accommodate carbon dioxide could extend the life and financial viability of legacy dirty energy assets, a boon to the gas industry and its investors.

The bill also includes $3.5 billion for carbon capture demonstration projects, $2.5 billion for carbon storage, $2.1 billion to support the development of carbon dioxide pipelines, and $3.5 billion for direct-air carbon capture. There is reason to think that much of this infrastructure would be located in Appalachia using a similar arrangement of natural and physical infrastructure that would have supported the now-stalled Appalachian NGL Storage Hub planned for West Virginia. In fact, Bloomberg News reports that funding for the hydrogen hubs came from West Virginia Senator Joe Manchin who aims to keep the Marcellus fracking industry afloat by producing large quantities of gas-derived blue hydrogen.

A better way forward for Appalachia

By far the most reliable (and least expensive way) to decarbonize is straightforward: a rapid buildout of clean power along with widespread electrification of as much of the US economy as possible.  Prolonging the fossil fuel industry with costly and unproven technologies is unwise, likely only to produce the same results it has yielded over the past decade in regions like Appalachia where it dominates. As the Ohio River Valley Institute has demonstrated, economic growth in fracking-centric counties has lagged behind other places and the region has missed opportunities to pursue better strategies for broad-based prosperity.

Decarbonization is vitally important to Appalachia, just as it is for the rest of the country. And there are myriad ways to pursue a rapid reduction in greenhouse gas emissions while adding jobs and growing local economies. Unfortunately, there’s little reason to think that large-scale hydrogen and CCUS development can deliver these results – and much reason to worry that they will simply repeat the same mistakes that industry in the Ohio River Valley has made in the past.