Hydrogen, Carbon Capture Hub is a Risky Gamble for the Ohio River Valley 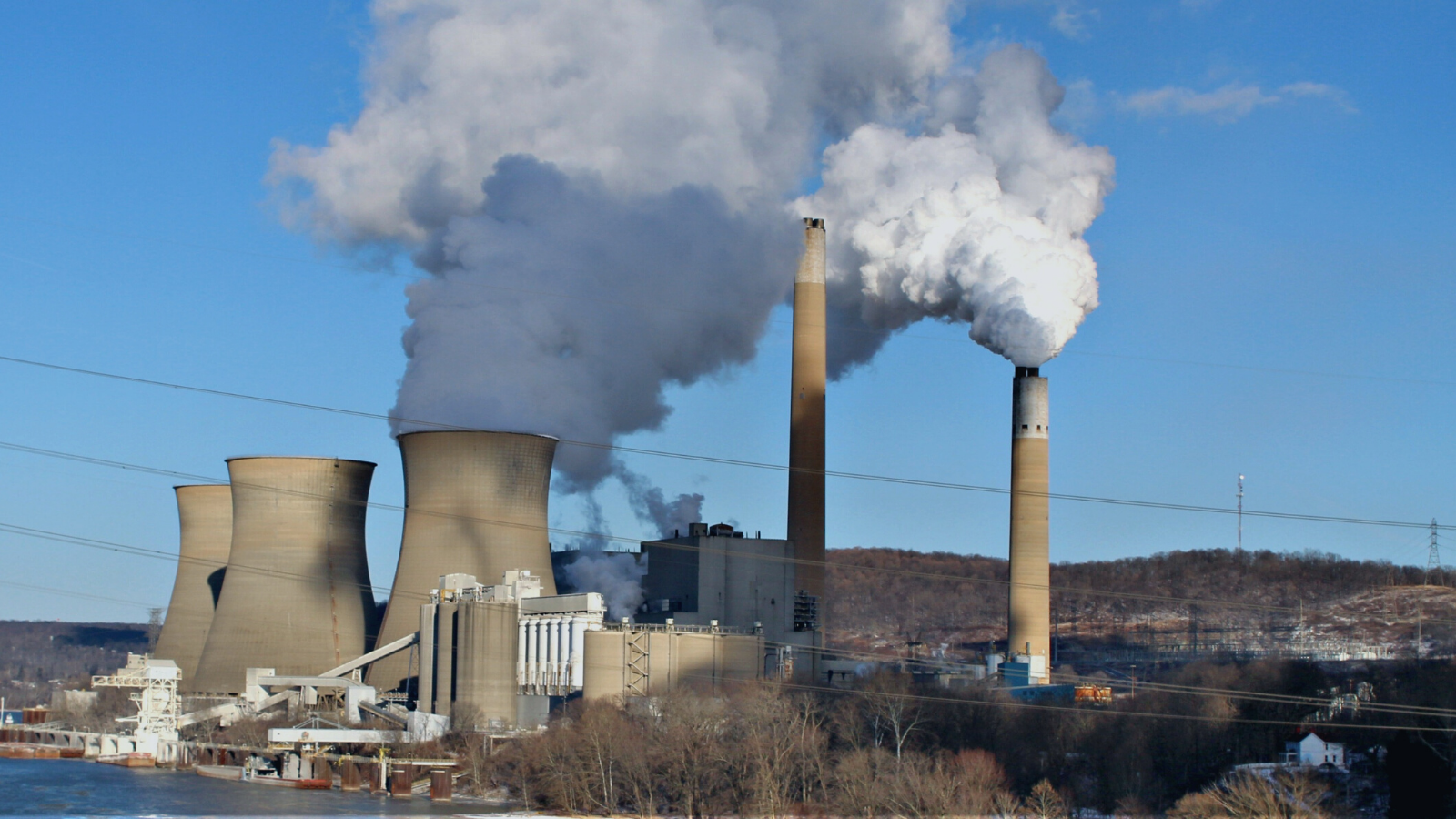 The newly announced initiative to develop a carbon capture and hydrogen hub in Ohio, Pennsylvania, and West Virginia is a gamble in the guise of opportunity.

The project, announced last week by a partnership of major oil and gas companies, would deploy costly, unproven carbon capture, use, and sequestration (CCUS) technology to address greenhouse gas emissions from the region’s carbon-emitting infrastructure. In theory, the technology would capture carbon from steel mills, factories, and other facilities, transport it through a special network of pipelines, and use it or store it in underground salt caverns. The initiative would also develop hydrogen production and utilization.

Will it work? Oil and gas companies claim these technologies can effectively address carbon emissions, sustain the region’s existing natural gas industry, and buoy shale gas employment. But going “all in” on hydrogen and carbon capture comes with a huge cost—one that will be paid in missed opportunities for job growth, economic development, and effective decarbonization.

The vision of a regional hydrogen and carbon capture hub is fatally flawed.

Ohio River Valley Institute research shows that the push for CCUS and hydrogen development will likely turn out to be a costly false promise. Broad investments in unproven decarbonization technologies may well come at the expense of cheaper, more effective climate solutions while prolonging the region’s economic reliance on polluting industries, like coal and shale gas.

While carbon capture technology may be applicable and affordable in some sectors, such as steel and cement manufacturing, it is not an economic solution for coal and natural gas-fired power plants. Widespread adoption of CCUS in the national power system would cost more than $100 billion each year, causing the average US household’s annual electric bill to jump by $293, according to ORVI data. It’s a cost-prohibitive sum that all but precludes carbon capture in the power sector, regionally or nationally.

And if the electric grid is not involved in the regional carbon capture and hydrogen hub, the rationale for the entire project falls apart.The region’s power system is responsible for more than 80% of its fixed-location carbon emissions. Given the cost of carbon capture and hydrogen development, constructing a mammoth, multi-billion-dollar CCUS hub with a brand new transportation and storage network just to capture the few remaining emissions from niche, carbon capture-viable industries is, in a market sense, absurd.

Due to the limits of carbon management technology, even a treasure trove of federal funding won’t be enough to coax economic benefits from a full-blown carbon capture and hydrogen initiative. The Infrastructure Investment and Jobs Act (IIJA), written into law last November, sets aside $8 billion to fund regional hubs like the one proposed for Central Appalachia, as well as billions more for carbon capture, storage and utilization projects. The 45Q tax credit for carbon capture and storage could tack on even more federal funding—potentially by orders of magnitude. (Senior Researcher Sean O’Leary recently outlined a laundry list of concerns with allocating federal dollars to carbon capture deployment in a response to the Department of Energy’s request for information.) Ultimately, because carbon management technology has only a limited, niche set of viable applications, massive infrastructure projects like region-wide pipeline networks and storage hubs for captured carbon and natural gas liquids are not economically viable and cannot be cost-justified, no matter how many taxpayer dollars they receive for research, development, and deployment.

Accordingly, other jurisdictions are approaching plans for hydrogen and CCUS development with measured skepticism. Colorado’s state-authorized CCUS task force recently concluded that, while CCUS can play a useful role in decarbonizing hard-to-electrify industries, its use for reducing carbon emissions from electricity generation should be sharply limited when lower-cost and more reliable solutions are available. In sum, the data are unequivocal—broad application of carbon capture technology is an economic non-starter.

Similar regional efforts to prop up the oil and gas industry have failed.

Of course, the proposed hydrogen and carbon capture development initiative isn’t the first attempt to conjure up a massive, fossil fuel-based infrastructure network across Ohio, Pennsylvania, and West Virginia. In the last several years, the oil and gas industry devised several projects to funnel funding and attention to the region’s economically struggling natural gas industry.

The Tri-State Shale Coalition, a compact formed in 2015 by the governors of Ohio, West Virginia, and Pennsylvania, promised to spur region-wide economic development by marketing the region’s natural gas assets to the petrochemical industry. The effort bore fruit two years later, when the American Chemistry Council released a study sketching out plans for a massive Appalachian petrochemical hub. The report foresaw the construction of five world-class ethane crackers, two hydrogenation plants, and an Appalachian Storage Hub with a network of natural gas liquids storage facilities, all connected by a 500-mile labyrinth of pipelines.

These efforts were supposed to revolutionize the Appalachian economy, generating job growth in the hundreds of thousands and ushering in an era of shared prosperity for oil and gas communities. But four years later, nearly all of these plans have fizzled. Development of major petrochemical facilities in the region stalled well before the onset of the coronavirus crisis. Three of the nine infrastructure projects outlined in the American Chemistry Council report have been canceled outright, and many expect the long-delayed Appalachian Storage Hub and an ethane cracker proposed for construction in Ohio’s Belmont County to follow suit. The only project that did break ground, Shell’s ethane cracker in Beaver County, Pennsylvania, hasn’t produced local economic benefits—since the cracker was announced in 2012, Beaver County has seen zero job growth, zero reduction in poverty, zero growth in business, and a declining population.

The region should instead pursue more effective decarbonization strategies that can create jobs and generate economic growth.

The Infrastructure Investment and Jobs Act of 2021 also includes an historic $21 billion investment toward remediating legacy damage from the coal and oil and gas industries, including Superfund and brownfield sites, abandoned coal mines, and orphan wells. These liabilities have caused extensive environmental damage and they continue to leak methane, a potent greenhouse gas, into the atmosphere, endangering the health and safety of local residents with hazardous air and water pollution. Cleaning them up could create tens of thousands of good-paying, union jobs each year, ORVI research shows. And, securing prevailing wage requirements and inclusive, local hiring practices that include women and people of color can help guarantee that the monumental reclamation investment helps generate equitable, broadly shared prosperity in the region.

The program includes $11.3 billion for abandoned mine land reclamation and nearly $5 billion for remediating orphaned oil and gas wells, the majority of which are located in central Appalachia. The four-state Ohio River Valley region of Pennsylvania, Ohio, West Virginia, and Kentucky is home to approximately 538,000 orphan wells and 564,000 acres of coal mine damage. Reforesting these mines and capping these aging wells—as well as the region’s many low-producing “stripper” wells at risk of being orphaned—could create reliable employment for both experienced and apprentice pipefitters, coal miners, operating engineers, and construction workers throughout the region.

Energy efficiency retrofits are another job-creating, prosperity-inducing decarbonization strategy ripe for deployment in the Ohio River Valley. ORVI research on targeted funding of energy efficiency measures in Centralia, Washington demonstrated how investments and cost savings fueled the local economy to achieve higher employment and economic growth levels twice the national average. The federal infrastructure program invests up to $5 billion in state and local energy efficiency—these funds can help create thousands of construction jobs and save homeowners and businesses energy money that can be reinvested locally.

There’s no need to gamble on risky hydrogen and carbon capture technologies or an exorbitant, region-wide life raft for the fossil fuel industry. Opportunities for reliable, job-creating decarbonization programs are within reach for the Ohio River Valley. With federal funding around the corner, it’s time to double down on strategies we know will work for our communities.